They can have their rough spots, those honeymoons. The return of pink batts to the nation's headlines is not quite the start Kevin Rudd wanted ...

The honeymoon difficulties. They can have their rough spots, those honeymoons. The return of pink batts to the nation’s headlines is not quite the start Kevin Rudd wanted for the second week of his second coming. 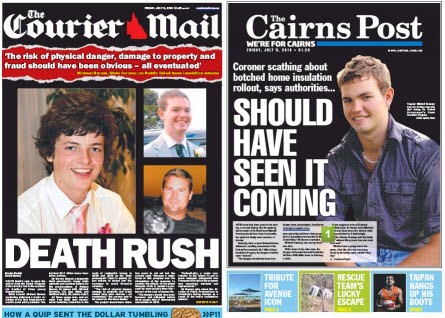 Nor will the  PM appreciate the resurrection of the audio clip of him boldly declaring in 2007 that he would use the Australian navy to turn back the boats to Indonesia. Alan Jones played it a couple of times on his breakfast program this morning and I’m sure it will not be the last time we hear it.

Comments on ABC radio this morning by retired vice admiral Chris Ritchie (chief of the navy between 2002 and 2005) provide enough of an excuse for multiple playings. Ritchie explained how turning back asylum seeker boats worked during the Howard years and could work again today if the strategy was resurrected. While a “hazardous, risky task”, it was a legitimate navy operation:

“It’s something that navies have done over centuries. In that sense, if the government gives a direction to do it, the navy people will do it and they’ll do it well.”

Boats would provided with just enough fuel to reach Indonesia before sending them back, and the Indonesian authorities would be notified of its arrival. Ritchie said the navy only turned four boats back successfully but the impact was nonetheless clear. “No more boats came. None at all. If the conditions were replicated, it could still work.”

Here are the campaign movements during week one: 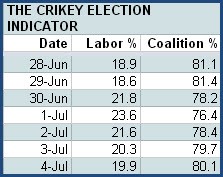 The difficulty in reforming Labour — and Labor? An interesting insight into the difficulty of reducing the influence of the trade union movement in a political party comes from the UK.

The British Labour Party changed its rules to give a greater say to rank-and-file members. A sensible change but not one that the trade union losers have taken lying down. The country’s biggest union Unite set about restoring the old balance by signing up, and paying for, its members to join Labour Party branches. Branch-stacking is what we would call it.

And it looked like being successful in the preselection ballot to replace MP Eric Joyce, who resigned from the party after admitting assault in a House of Commons bar brawl, for the forthcoming Falkirk byelection. Party officials were upset at an undermining of their desire to remove the perception of Labour as still being union-dominated. Reports The Guardian:

“Labour took a first step to refashion the relationship by ending the general scheme under which unions could sign up members to the Labour party and pay the fees on their behalf. About 400 union members had joined the party under the scheme. The party had already taken national control of the Falkirk selection and debarred suspects recruits from taking part in the eventual ballot.”

The preferred Unite candidate, one Karie Murphy (the office manager for that Murdoch-harassing MP Tom Watson), was suspended from all offices in the party. The union, Labour’s biggest campaign donor, is not amused. 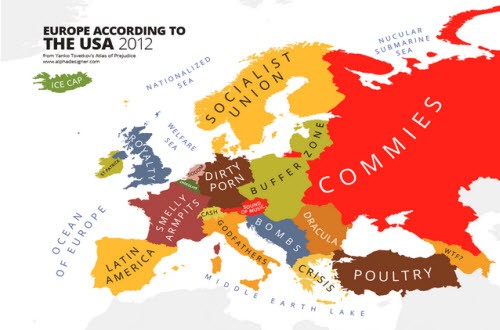 Yes pink bats are back. What about some smut and innuendo on the Rupert Murdoch marriage breakup, what involvement did Tony Blair have in the breakup? What sort of clothes is Wendy wearing these days?

“Ceiling insulation” is Rudd’s “Iraq”. Guess which is going to get analysed most?

Occupational health and safety is mostly a State responsibility so I’m yet to be convinced that federal Labor is responsible for the pink batts deaths.

I’d suggest reading the “Foundation Trilogy” by Asimov to chart the history and present of the Catholic Church. And it’s good Space Opera to boot.