The market loves the deal to give James Packer's Crown a new casino licence in Sydney. But NSW taxpayers aren't on as safe a bet as they think they are. 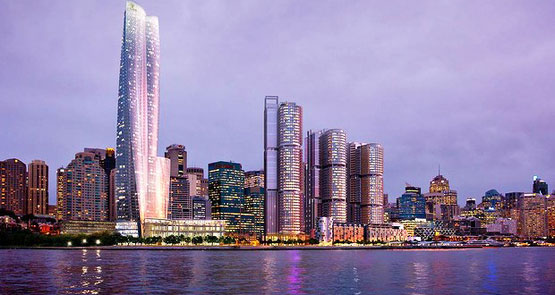 Amidst all the fawning media coverage about James Packer’s political triumph in Sydney, there are a few home truths which need to be told.

Even The Australian’s John Durie, who had previously been a lone News Corp voice casting a sceptical eye on the Packer tactics, switched to eulogising today, hailing Packer’s cynical tactics as a “superbly orchestrated campaign”.

On the same day Kevin Rudd declared war on property developers corrupting the NSW ALP, O’Farrell has delivered a prime piece of government real estate on extremely favourable terms to the biggest property developer of all.

It has all the hallmarks of the crony capitalism of the Kennett era in Victoria, which delivered a huge piece of river-front real estate to the Packers for $1 a year in rent to facilitate the construction of its enormous 500,000 square-metre Crown complex on the banks of the Yarra. And no one seems to mind that Packer has been spraying cash around to political figures on all sides, including the large salaries he is paying to Karl Bitar and Mark Arbib, two former general secretaries of the ALP who presided over the appalling NSW culture.

If Rudd wants to run a line about standing up for the little guy while the Liberals are captured by rent-seeking billionaire oligarchs, then the likes of Packer, Rupert Murdoch and Gina Rinehart have never been more vulnerable given developments in recent years.

You can’t argue with the market reaction, although the euphoria does seem a little overdone. The upcoming Crown results will confirm a loss of about $80 million on its recently abandoned Echo investment, something which is rarely mentioned by the fawning media.

In terms of Melbourne versus Sydney, here are the current forward estimates on how much tax Crown and The Star are estimated to pay ahead of the opening of Crown Sydney:

By the time Packer’s Sydney casino opens for business in November 2019, the two state governments will be sharing close to $600 million a year in casino tax revenue. But because the tax rates on pokies in Melbourne will be 30% compared with just 10% on high-roller losses, up to half of this tax revenue will be derived from locals playing high-intensity poker machines.

The media has also been sold a pup on this “tough Barry” line in lifting Crown’s tax rate from 27.5% to 29%. The majority of Crown Sydney’s net profits will come from international and interstate high rollers who will only generate a tax rate of 10%.

Crown was able to simultaneously promise $1 billion in licence and tax fees over 15 years to the NSW government — plus deliver a two-day lift in its market capitalisation of $510 million to $9.9 billion — because those two parties have conspired to shaft Echo shareholders.

The so-called limited casino will indeed be closer to a full-scale operation, albeit without pokies in the initial licence. By allowing locals to turn up and play table games for as little as $20 a throw, Crown will be able to effectively compete against Echo in the local market. O’Farrell has clearly broken his promise from March that:

“There will be very few people of the net worth that is required to be in those rooms … I suspect if you are a billionaire you might get an invitation.”

And there will be no carbon tax under a government Gillard leads!

A la, the very timely pink bats resurrection; I hope no-one gets killed during the construction of said casino as Barry O’Farrell should (like Kevin) be held personally responsible by the Australian people to answer for such an incident.

Of course Channel 9 had many a re-hash of the Packer-Willesee interview last evening, wth a teary Jamie stating his life’s purpose, not to fund a cure for cancer or save the Panda’s but to have a casino, just like his old dad.
How could B O’F not agree to such a noble cause; Capitalism, the “ism” that gives to some.

@MJPC I cried when I saw the puff piece interview.

Why am I not surprised? It was ever thus: one law for the rich, and another for the poor in this country. We become more like the yanks every day.
Seems like Kevin has a good case for getting rid of the first two “property developers/corrupt operators” from the NSW ALP. Bet that doesn’t happen!
And the Libs should just shut their face about ALP corruption in NSW, because their state colleagues are just as bad!!