Media briefs: who to believe? … <em>Election Watch</em> … Rupert behind bars …

News Corp Australia has tied itself in knots reporting on a study that investigated the links between IVF and autism. That and other media tidbits.

News v News on IVF risks. Spot the difference. On the left, the way The Daily Telegraph today covered a large Swedish study on the effects of IVF on children. On the right, the way the Herald Sun covered the same study … 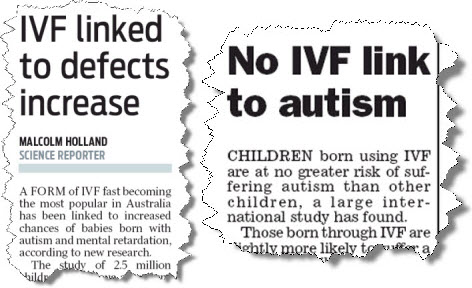 So which is correct? The study, published in the Journal of the American Medical Association, concluded this:

Crikey’s verdict is that both News Limited stories contain a grain of truth, but The Daily Telegraph’s heading is a beat-up and and the intro would be more accurate if it referred to a “small increase” in autism rates. There’s enough for prospective parents to worry about already — the findings of this study are not actually that alarming. — Cathy Alexander

Election watchers open the shutters. Melbourne University has launched a pretty impressive federal election website this morning — Election Watch 2013. Edited by former SBS and ABC journo Cathy Harper and deputy Ryan Sheales, the bursting site will be a clearing house for content from high-profile partners including Margaret Simons’ Citizens’ Agenda, The Conversation, Vote Compass and Aunty, as well as its own unique content from the sandstone institution’s stable of academics.

Sheales, a former ABC state political reporter, told Crikey this morning that Election Watch would be “an extremely valuable repository for the public, journos and policy wonks like myself” as election day looms: “There’s policy experts and political academics all doing lots of different things and what we’re doing is drawing it together into the one forum.” One interesting feature is a policy comparator containing the official published policies of the major parties and an “election dissection” podcast from trailblazing student publication Farrago. — Andrew Crook

Video of the day. Egyptian President Mohamed Morsi has rejected calls for his resignation, insisting he is Egypt’s “guardian of legitimacy” despite millions of people coming to the streets to protest his rule, reports Al Jazeera. 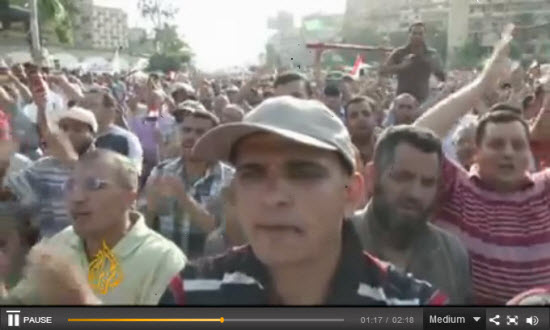 Cartoon of the day. A tough cartoon on the editorial page of The Guardian yesterday … 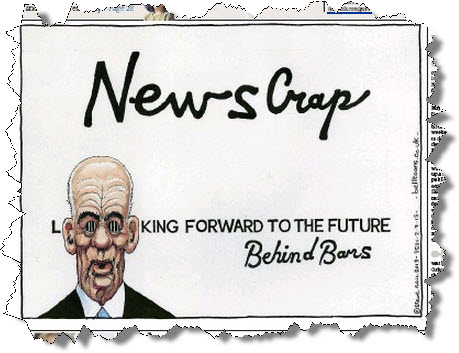 Front page of the day. A belated happy Canada Day to our North American friends … 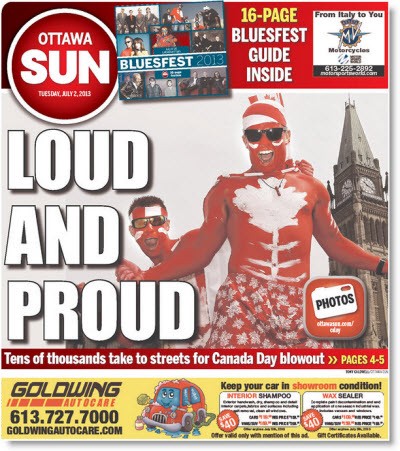 Rundle: Hanson’s autistic kids comments reveal a truth no one wants to talk about

The Manrique children were murdered, and yes we should be critical

“Beat up”? Do they write this sort of crap in cubicles?