Why the internet alone can’t save Fairfax

The internet has ripped revenue from media companies -- and it won't save them alone. It's a niche medium that can't support large-scale journalism, the Crikey chairman writes in The Monthly. 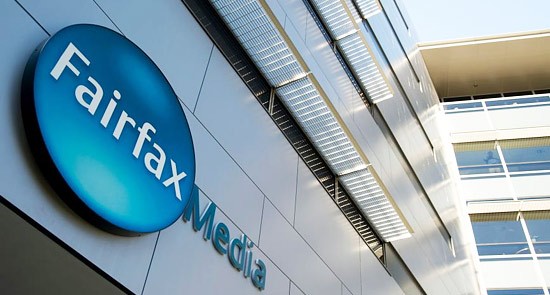 The “newspaper business model”, as it’s now derisively known, has imploded. The internet has poached most of Australia’s newspaper classified advertising. The money that financed quality journalism for a century is disappearing, with no likely replacement.

The story of how Australian quality journalism fell victim to a commercial market failure has been known to insiders for years, but Australia’s newspapers of record have shown a deep reluctance to disclose or explain that large-scale journalism has become unviable, and no one has yet found a formula to subsidise it in the way newspaper advertising did.

For Australia, the story is more significant than just the demise of an industry business model. In a small robust democracy with relatively little commercial quality journalism, it has the makings of a civic catastrophe. That’s because the serious journalism of influence in Australia, apart from the government-funded ABC, resides mainly in four newspapers — The Sydney Morning Herald, The Age, The Australian Financial Review and The Australian. Between them, these four mastheads provide most of Australia’s coverage of politics, justice, economics, business, science, health, welfare, public policy, international affairs, arts, culture and ideas. Until recently, these four employed around 1500 journalists. Today that number is closer to 1000. Within two years it could be as few as 500.

For most of their existence these papers have been pillars of the Australian democratic infrastructure, sitting alongside the parliament, the bureaucracy and the courts as the enforcement agencies of public accountability and scrutiny. They are the ones who have done the shoe-leather reporting, invested in thoughtful analysis, exposed corruption and maladministration, campaigned on issues they believed in and undertaken the expensive and risky investigative reporting that has held power to account.

Those four newspapers are rapidly going broke. For every dollar they lose in newspaper advertising they gain less than 10 cents in online advertising. In the US last year, daily newspapers lost $1.50 in print advertising for every 10 cents they gained online, according to the latest State of the Media report from the Pew Research Centre. The internet is at once the greatest and the most destructive commercial invention in media history, as newspaper owners have discovered.

As advertising revenue disappears, so do readers. The SMH and The Age have lost close to a third of their circulation in the past three years. The SMH sells 186,000 weekday copies in a state with a population of over 7 million; The Age 157,000 copies in a population of 5.6 million. Roughly seven of every hundred Australians buy a metropolitan daily newspaper; in 1947 it was 38.

“… what he fails to explain is that these are shiny new yachts compared with the ocean liners that the world’s great newspapers once were.”

Even when confronted with such data, the custodians of Australian journalism seem unable, or embarrassed, to acknowledge the threat to the source of their editorial funding. Instead, they paint a glowing picture of the future of journalism. News Limited CEO Kim Williams said in his AN Smith journalism lecture at Melbourne University late last year:

“There is much to be positive about. Robust continuing and truly great journalism; sustainable business models for print and shiny new business models in digital media; and a heightened and voracious appetite from consumers for diverse news and information across their spectrum of passions and interests.”

A year earlier, on the same platform, Fairfax CEO Greg Hywood declared that “the future of journalism has never looked stronger”. He said this was because of the internet, not despite it:

“Our readers want our journalism in a variety of formats. Tracking and fussing about print circulation is an outdated and nearing irrelevant form of measurement in the world media companies now inhabit.”

But is the transition from newsprint to online journalism, as the newspapermen assert, just a platform change from one train to the next? Will the $150 million that our four leading newspapers spend annually on public interest journalism move seamlessly from print to digital when those papers fade away?

A fact-checker would quickly confirm that there are no digital media models capable of funding anything like that $150 million. No stand-alone news website in the world can support even a fraction of the journalistic resources that currently reside in any one of these four newspapers. Without subsidy or charity, there is no safe crossing.

The internet is at heart a niche medium. Even large websites, including social media sites, are built around small communities of interest and individual preferences. This is the antithesis of the newspaper “bundle”, a brilliant concept when it was created 400 years ago after the invention of movable type and the printing press, and then refined over the past century into a grand money-making, power-generating machine. The bundle combined and curated content across a range of reader interests, from politics to sport and everything in between, at a time in history when the public had no way of doing that themselves. The cost of creating this daily mass-market multi-layered package of newsprint was so high that it created a formidable barrier to entry; the resulting scarcity in turn made newspaper proprietors rich and powerful.

The internet has changed all that. It is the first mass medium in history with almost no barriers to entry and practically unlimited content-carrying capacity. These two factors have converged to create millions of websites and blogs, and billions of web pages, resulting in the collapse of online advertising rates for all but highly specialist or unique websites. And that has created another dilemma you won’t read about in the press — the commodification of news. There’s news everywhere on the internet, most of it free, so why would readers pay for an old-style, all-purpose newspaper “bundle” on a website when they can access content that is often deeper and richer on niche sites?

The online world provides a wonderful new platform for journalism, bringing the reader inside the tent and, to the dismay of old-school media barons, removing the power of the gatekeepers to use (and abuse) their media to influence society. Kim Williams is right when he talks about the shiny new business models in digital media, but what he fails to explain is that these are shiny new yachts compared with the ocean liners that the world’s great newspapers once were. 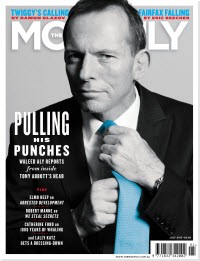 Over the last few years it has taken a couple of quick sums on teh back of a postage stamp to realise that the printing of newspapers will not be sustainable.

The dilema is in what direction to steer. For the past year the newspapers have veered strongly to online delivery hoping to provide advertisers with a captive audience. This clearly will not and does not generate anywhere near the revenue to sustain a bricks and mortar premises full of permanent employees.

The downstream effect of this is not only newspapers. As Beecher states the monopoly of newspapers was guarenteed by the prohibitive capital cost of entry to that market. Exactly the same as the printing industry with the capital cost of printing presses.

It doesn’t take much to draw the bow longer and relate it to department stores. These monoliths that made the greed merchants even richer have had their day and will probably become entertainment centres.

A longer article could discuss the deep changes in culture that are manifesting themselves in the 18-35 year old age group regarding the attainment of knowledge and diversity of sources now available.

The road looks long and out of focus at present and the mist may only clear when the full force of technology shakes the foundations of the new millenium.

I am yet to be convinced that the demise of the big mainstream media ‘has the makings of a civic catastrophe’ since politicians and powerful interests can be held to account just as much altho differently by the ‘millions of websites and blogs’ and indeed by social meeja.

Excellent stuff from Mr B.
BTW
I realise it’s probably “commercial in confidence” and a whole lot of other secret squirrel stuff.
But it would be lovely to know just how our favourite online publication is going financially.
Dying slowly?
Fingertips on the precipice?
Reasonably comfy in the creaky deckchair?

You know the sort of thing we’re talking about.
Just a hint would would be nice.

Because we do actually care about you all in the bunker.
(Even on cranky Monday.)

Not particularly insightful. I think we are all pretty aware of everything in this article apart from the hard numbers. As Harry Rogers asks: ‘so what?’ Where are we going? Beecher tells us the US situation is also dire, but does not mention the situation in Europe, India and the UK.
My sons, both in their 30s, have never bought a newspaper in their lives. It just wouldn’t cross their minds. They don’t have Facebook pages or Twitter or Tumblr accounts but are very well informed about local, global, social etc. issues. One has not watched television for over 10 years, the other rarely. I can see more clearly than they that much of their information and opinion is created by – or parasitic upon – newspapers broadly defined. So I am concerned about the future when the foundation provided by the mainstream media fades away. Care to follow up, Mr Beecher?