Australians are surprisingly wealthy, and are we underestimating the evil of cats?

Australians the world’s wealth leaders. In my pursuit for those news and views items that appear at the end of this column this morning I stumbled across a report by Credit Suisse that quite surprised me. 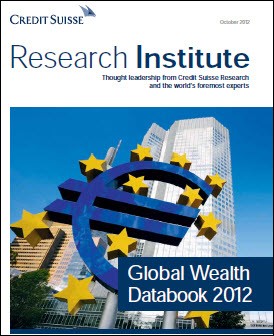 According to those bankers Australia tops the list of countries ranked by the median wealth of its adult population. And we are close to the top too if you want to measure adult wealth by the mean average. The Swiss might beat us on that measure, but only because a greater share of their wealth is in the hands of the richest few.

No female quitters. Odd that there were no women quitters from the Labor ministry after the departure of Julia Gillard as prime minister.

It can be done. Perhaps the best guide to what we can expect in this election campaign is what happened in 1983 when Labor changed its leader on the day an election was called. Back then the popular man overwhelmed the unpopular one and it can happen again. Tony Abbott now is far from being a certainty. Thanx so much for drawing the parallel with 1983; it makes Gillard’s loss seem a little less bleak.

Doubtful about the 1983 parallel. Rudd may not be Gillard, but he’s no Bob Hawke.

“No female quitters. Odd that there were no women quitters from the Labor ministry after the departure of Julia Gillard as prime minister.”

Good grief. Why is it odd that there were no women quitters?

Is there something in the Y chromosome that causes men to be more likely than women to quit?

Is “what do the women in the party think” a question you would have asked when Bill Hayden was deposed?

What on earth were you snidely implying here?

As it was during Gillard’s term, so it seems shall it be after her departure.

In an article published in the Age Ann Summers argues that women should have resigned from Cabinet in feminist solidarity.