Where did it all go wrong for Newcrest Mining?

Newcrest Mining is requesting a vetting of its performance ahead of a downgrade, but what will the investigation find? And will it be as public as it should be? It's all quite a debacle. 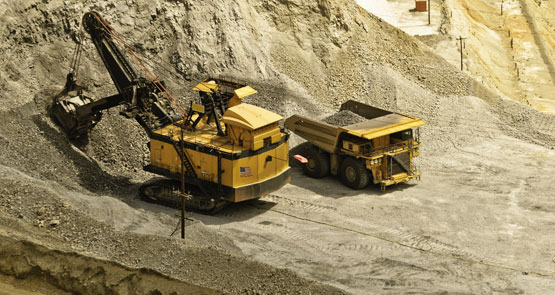 If Sydney retailer Noni B, one of the smallest companies on the ASX, can get its disclosure right in a timely and informative way, why couldn’t the much bigger Newcrest Mining, which continues to be stuck in a regulatory funk of its own making?

Newcrest has a market share of more than $7 billion — even after its shares have plunged from the highs of two-and-a-half years ago, when its value was more than $20 billion. More than 30 companies large and small  have issued warnings downgrades since early last Month — only a handful have issued upgrades. But there has been only one stuff-up of what should have been a routine bit of corporate information sharing — Newcrest Mining.

On June 7 the company announced a downgrade — including a $6 billion asset writedown, cost cuts and suspension of a final dividend for shareholders — but shares had fallen 15% in the three days before that statement amid some curiously timed analyst downgrades. The kerfuffle since (and yesterday with yet anther statement from the company and comments from the CEO on the issue) has turned this into an utter debacle for the company and its board, not to mention the regulators.

What’s not in dispute is that analysts from Citi, Bank of America, Merrill Lynch, UBS and Credit Suisse published research notes on Newcrest in the days leading up to June 7, most of which predicted a weaker future for the company under a lower gold price and a changed company strategy. Many of those analyst predictions proved true on June 7. What is unclear is how those analysts came to this conclusion in the same week as the downgrade was confirmed.

Newcrest Mining chief Greg Robinson confirmed to the media yesterday that meetings had been held with investment bank analysts in the days before June 7. But he emphasised the company had done nothing wrong in terms of revealing market-sensitive information. Was this just a discussion, or a form of “guidance”? And why the need to talk to the analysts anyway? Why didn’t Newcrest warn at the end of April, when gold prices first plunged sharply, that if the weakness continued (as it has) the company’s finances would be strained and cost cuts and other changes would be required?

And, to make it worse, Newcrest yesterday made it clear it expected to cop some sort of penalty by announcing it had appointed former ASX chairman Maurice Newman to investigate the company’s disclosure policies. So instead of waiting for any report from the slow-moving regulators, Newcrest is setting up a vetting of its performance before we know just what happened. Talk about trying to smother an issue before it turns really ugly.

“If steps are required to be taken as a result of the review of these matters, the board will ensure that this occurs without delay. I intend to report publicly on any resulting actions we decide are necessary.”

But what happens if the Australian Securities and Investments Commission finds Newcrest did breach its continuous disclosure responsibilities and the changes recommended by Newman do not address these perceived weaknesses? Mercer didn’t say if the Newman report would be made public.

And, being a former chairman of the ASX, is Newman the best person to conduct such a vetting of Newcrest and its disclosure policies? Surely it would have been better to have hired someone (or a firm) completely independent from the entire regulatory process to conduct what is essentially an in-house inquiry?

This Australian software services company is a poster child for a new era of overvaluation.

Time for Australian companies to come clean on JobKeeper subsidies

The Australian government should follow New Zealand's lead and disclose exactly which companies received the COVID-19 JobKeeper subsidy, and how much. And if it won't, the companies should release the information themselves.

Australian retail shareholders have been diluted out of billions of dollars by institutional placements over the years but the push back against Cochlear has been strong.

Who cares? Another rip-off rent seeker down, too many still to go.