The last supper? Labor MPs meet, leadership off the menu

The issue of a Kevin Rudd leadership was conspicuously absent from the ALP caucus' final meeting. 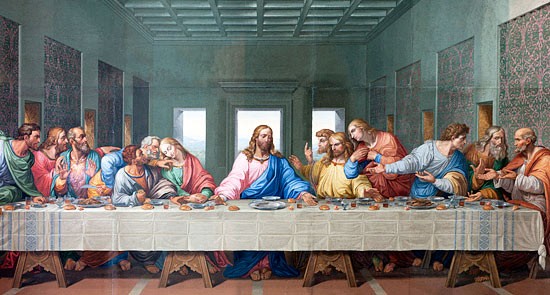 Prime Minister Julia Gillard has told Labor MPs the party could still defy dire polling and emerge triumphant on September 14 at the ALP caucus’ final meeting of the 43rd Parliament this morning.

But the issue of the moment — Kevin Rudd’s potential elevation to the leadership — was ignored for now by the 102-member gaggle (minus Rudd) as Gillard supporters in cabinet hope to shift the nation’s focus away from the debilitating struggle and towards campaign talking points.

While it went unacknowledged, another meeting of caucus could still be held this week if demanded by Gillard or if a petition of 30 signatures was received calling a special meeting to sort out the festering leadership sore.

A post-caucus media briefing was told today that the PM kicked off proceedings by referring to the funeral of former first lady Hazel Hawke taking place in Sydney this afternoon.

The choice in September would be about investing in the future versus “cuts to the bone”, Gillard said. There were a triptych of key policy issues floated that would hopefully be leveraged into success at the ballot box: education, DisabilityCare and the importance of the National Broadband Network.

In response to a rambling question about election strategies that intimated ALP national secretary George Wright should be briefing MPs on election strategy, Gillard reiterated the policy focus and said campaign processes were in place. The PM was asked about an office of animal welfare and said one would be created.

A condolence motion moved by retiring Gellibrand MP and Gillard-supporting former frontbencher Nicola Roxon on Hazel Hawke called on the 43rd caucus to recognise the contribution of a women of deep compassion and sharp intelligence who spread goodwill to every corner of Australia. It was carried by acclamation. But nothing was said of apparent plans for Bob Hawke to “tap” the PM over the leadership.

There was also a question to the executive about an article in The Australian quoting Bob Carr that said the views of asylum seeker activist groups were out of touch given the rise of economic refugees from Sri Lanka and Iran. Carr then gave an extended dissertation on the history of economic migration.

A motion by Labor Left Kevin Rudd supporter Laura Smyth on the no-advantage test for asylum seekers, seconded by Janelle Saffin, was lost on the voices. Immigration minister Brendan O’Connor spoke against. It makes for interesting reading:

“That this caucus calls for 1) an immediate independent assessment of the circumstances of asylum seekers held in offshore processing centres. In particular the assessment should address the condition of health infrastructure, mental health facilities and accommodation available to asylum seekers held at those facilities; and 2) the immediate development of guidelines pursuant to which the ‘no-advantage principle’ is to operate at the discretion of the minister of the day.”

And a question, likely a set-up, was put to Melbourne Ports MP Michael Danby about the Creative Young Stars program that will close tomorrow at 5pm. It was suggested no members of the press gallery were eligible.

The caucus was told it was likely the House will be able to rise on Thursday night, when an end-of-session party for Labor MPs will be held. However, journos are not welcome — they used to be invited until it was reported, in contravention of protocol, that Australian opinion poll specialist Dennis Shanahan was seen table-top dancing. And Rudd won’t be there, having apparently booked a flight to speak at a Chinese economic conference.

A number of senior gallery types who don’t normally attend the briefing were packed into Committee Room 1R1. “I was at your first one, I’ll be at your last one,” said Shanahan (D1), seated next to Dennis Atkins (D2).

In caucus, the Prime Minister also thanked Leader of the House Anthony Albanese for managing government business during the parliament, an announcement that apparently received sustained applause but (possibly jocular) booing from Stephen Conroy.

Is the MSM trying to see how many fake leadership stories it can run between now and September? Quiche, call the Guinness book of irony and rue.

Labor is out of options! Edward James