Good God, where in the world is Ed Snowden?

Edward Snowden sent a plane-load of journalists on a wild goose chase, as the debate in the United States over spying and the pursuit of leakers got sillier and sillier. 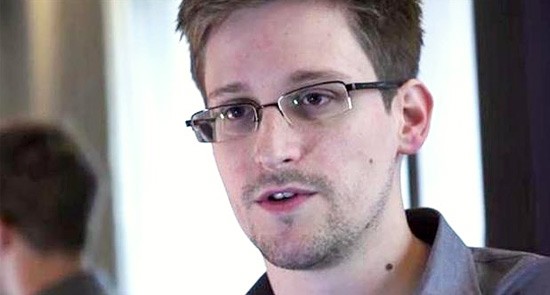 Good God what a day. Halfway through the blow-by-blow account of NSA whistleblower Edward Snowden’s thrilling leap to freedom — somewhere between news that he was in Moscow, awaiting a flight to South America, and the later news that he wasn’t on the plane — I’d tuned out of Twitter. When I tuned back in, everyone was talking about “the Red Panda”. The Red Panda? Say what? He’d acquired a nickname already? A little accusatory, suggesting he was a Chinese operative, but what the hey, Red Panda it is. I followed news of the “Red Panda’s” international exploits for more than an hour, before I realised there’d be an escape from the DC National Zoo of an actual red panda, and the U.S.A.D.H.D. had switched focus for an hour.

By mid-afternoon we were back on track, with “seat 17A”, Snowden’s empty seat on Aeroflot, tweeting from its own account (“Getting a lot of angry looks from journalists around me. Deadlines probably looming. Also, no booze served.”) and WikiLeaks holding a global press conference from the Assangoria … sorry, Ecuadorian embassy, with Julian Assange, announcing Snowden was safe somewhere, en route to Ecuador, that the four laptops he had taken with him from Hawaii were with an un-named media organisation, and that he was being accompanied by Wiki-spy-kid No. 1 Sarah Harrison (I better stop calling her that; Wiki-spy-kid No. 2 Joseph is by his own admission very short-sighted — had he been the minder, Snowden might well have ended up in Corregidor, or Bournemouth). Global discussion right away cut to the chase: who’s going to play “The Red Panda” — I am still calling him that — in the movie? EW‘s Popwatch fielded: “Daniel Radcliffe, Aaron Paul, Ryan Gosling, Tobey Maguire, Alexander Skarsgard, Jamie Bell, Eric Balfour, Elijah Wood, Josh Radnor and Justin Timberlake” and of course I am so it just has to be Justin but I reckon everyone will go for Ryan Gosling, although let’s face it, it will probably be Matthew McConaughey. Kathryn Bigelow will direct and, after eight drafts by Mark Boal and the CIA, it will turn into a defence of drone warfare.

Better? You want better? OK recall how early in the story Snowden’s girlfriend was revealed to be a stripper, Lindsay Mills, except she turned out to be a working acrobat with a penchant for describing herself as a “world-travelling pole dancing superhero” and posting a lot of nudded-up selfies. Soon after Snowden left she wrote: “Surely there will be villainous pirates, distracting mermaids, and tides of change in this new open water chapter of my journey … But at the moment all I can feel is alone.” I know, right, I know. Six months of that, and life in a supermax ain’t looking so bad. “Just popping out for some pineapple chunks, hot girlfriend. Seeya in 30 to 60 years.” Whoosh, “welcome to Hong Kong, Red Panda. Mr Assange’s hologram will meet you in the back of the armoured Zil.”

By now, the story was becoming clearer. Seems the US wants, via the NSA, all our cat pictures but forgot to cancel Snowden’s passport until two days ago. There’s a general rule that you should always believe the screw-up explanation rather than any sort of double-bluff, but seriously? You would have thought cancelling the passport — on what legality I do not know — was interception 101. “The belt will tighten. We will get him,” said one Department of Justice official, according to the LA Times. Also: “He was speaking anonymously because of the delicate matter of handling both a criminal case …” — and of forgetting to cancel his passport presumably. Snowden is now being also receiving help from Baltasar Garzon, former Spanish judge (he indicted Pinochet) who is now WikiLeaks’ legal director. Apparently, they’re hiring.

Meanwhile, the mainstream US press leapt into action — to attack Glenn Greenwald, the journalist whom Snowden’s contact Laura Poitros had drawn in. Greenwald then broke the story in The Guardian, whose crack five-person investigative team then wrote summaries of the document someone had given them. Snowden didn’t visit them personally, so details of his socks, presentation and a hitherto secret password for 300,000 unredacted documents will sadly remain unknown. Though who knows? If they fall out with him, they can always cover his indictment.

“By contrast, the process by which a story about the state spying on us all becomes an inquisition into the morals and motives of the man who revealed it, remains a concealed process …”

On the US Meet the Press, veteran political journalist David Gregory trashed his reputation by asking Greenwald “why you shouldn’t be prosecuted?” along with Snowden, which, as Greenwald noted, amounted to a call for the criminalisation of investigative journalism. The phalanx of US pollies on MTP agreed with Gregory. Then it got weirder. The New York Times financial writer Andrew Ross Sorkin, on CNBC’s Squawk Box, said he was almost tending to the idea that they should “arrest Greenwald”. Since the NYT‘s staff had handled the “cablegate” archive in the same way Greenwald has handled the NSA documents, that is one hell of a point of view. Perhaps it’s a way of going for Bill Keller’s job.

With US liberals lining up to attack Snowden and Greenwald, the US Right was utterly split, and bitterly so. Fox News’ The Five swung behind Greenwald (including token liberal, feisty Bob Beckel, no fan of leakers), as did people like Rand Paul, etc. Meanwhile others said that there should be espionage charges all the way down the line. That is something more than a difference of emphasis, and its occurring as they are also split over an immigration bill, which would give “illegal” immigrants a pathway towards citizenship. The issues are far from unrelated, and point to a more comprehensive collapse of right-wing politics which I will be going through in loving detail in the months to come. In Australia, the ABC ran a comprehensive investigation into whether the ONA, ASIO or ASIS — the Australian Secret Intelligence Service, according to its contradictory name — were co-operating in mass US surveillance of Australian citizens. Oh no, they didn’t, they focused their resources on Snowden and whether some of his actions had a degree of expedience in the service of avoiding lifetime in prison. This centred on an overblown and unexamined report from the Centre for the Protection of Journalists concerning Ecuador President Rafael Correa’s use of defamation suits against a vicious right-wing press that has included repeated charges that he is a former terrorist, pre-election media blackout periods (which country had those, let me recall) non-renewal of licenses of private media who backed a coup attempt a couple of years back, and the departure of three journalists after alleged harassment, a departure which has been labelled “exile”. There are excesses, but as Assange pointed out, Ecuador was being compared to the US, as if rendition, drone strikes and, um, the surveillance of everyone everywhere didn’t exist.

So if you think I’m being a little flippant about what is unquestionably a serious issue — with some brave people facing an increasingly bloody-minded US state — then at least you can see the gags. By contrast, the process by which a story about the state spying on us all becomes an inquisition into the morals and motives of the man who revealed it, remains a concealed process — by much of the mainstream media, desperate to maintain its conveyer-belt relationship of information with that state.

Meanwhile Vegas bookies are taking odds on Snowden’s eventual destination; Russia has refused the US request to find Snowden and hand him over. An interview with Snowden published in the South China Morning Post has him claiming that he joined subcontractor Booz Allen specifically to gather evidence on NSA mass spying. Snowden’s not visible and in position to confirm the interview, but it will doubtless give further people the vapours. How’s it all going to wrap up? Hopefully with Snowden safe in Quito, which I imagine will become one of 2014 Lonely Planet (ageing) hip(ster)-cities, and the CIA calling for a Writers Guild West adjudication on Red Panda Down, the Riefenstahl Bigelow biopic. With sole credit, the company is up on stage on Oscar night, thanking its mom. The decision to cast the part of Sarah Harrison with acrobat/superhero Lindsay Mills will, everyone will agree, be what swung it. Oh, and Rusty, the actual panda, was found safe. What a day good God.

Definitely an empty seat – what great journalism …… unless he’s disguised himself as a seat????
Did one of them try sitting on him? In the interests of investigative journalism?

When it was leaked what other “eavesdropping” the government was doing (like the tax records of Tea Partiers) that was good : but when a rube does it that’s bad?

NB – Have you seen what Murdoch’s done to “investigative journalism” – that is criminal.

Great one, Guy. You never disappoint.
“the process by which a story about the state spying on us all becomes an inquisition into the morals and motives of the man who revealed it, remains a concealed process — by much of the mainstream media, desperate to maintain its conveyer-belt relationship of information with that state”.

Yes, yes, and yes. How is it that Russia becomes the state that, if only to stick it up the US (as they said on 774 ABC this morning) looks out for the guy, and the US is the great dictatorial state. Sheez. Who swapped the hats over?