Good old fashioned fun is treated as something passé in Zack Snyder's Superman reboot, which is long, laborious and repetitive.

The shadow Christopher Nolan’s Batman movies have cast over the comic book superhero blockbuckster is so large, so bleak, and indicative of a style so doggedly averse to embracing any manner of camp or kitsch that a gritty sub-genre has emerged spawning marquee productions that are now, thanks to director Zack Snyder (Watchmen, Sucker Punch) and screenwriter David S. Goyer, cautious to even utter the hero’s name.

If “Superman” has ever been cool as a nom de plume, those days past years or decades ago — in the mid 90s, perhaps, after publisher DC tallied up windfalls of sales receipts when they killed the guy off, flogged his corpse during a brief purgatory (‘Funeral for a Friend,’ ‘Reign of the Supermen!‘) then finally returned him via a wobbly rabbit-from-hat plot manoeuvre. The more gullible of fans were reminded that despite any number of narrative trickeries and obfuscation, their hero was never going anywhere.

When the world’s foremost undies on the outside luminary was conceived (doodled by Ohio high school students in the early 1930s) the word “super” was used to describe soda and state of mind. It is reasonable to suggest a word like “awesome” and subsequently “Awesomeman” would be the contemporary equivalent, which is to say it’s daggy, old hat stuff, connotative of a simpler time — at least insofar as superhero ideals are concerned. So in Man of Steel the S word, absent from the title, is regarded with Voldermort-like reticence and spoken in only two scenes, as if it implies something to be ashamed of.

From that vantage point — weariness towards the namesake’s legacy and a clear desire to decolour it, without the thematic context that afforded the Batman franchise a fitting means to do so (life in Gotham City has always been a great deal grimmer than life in Metropolis) — Snyder resets the story of a poster boy alien sent to earth who alternates between pretending to be a journalist, fighting a squillionaire named Lex Luthor and preventing the destruction of mankind; minus the bits where he pretends to be a journalist and fights Lex Luthor.

Snyder and Goyer decided there is no scope for either, despite rather generous elbow room: this stubbornly heavy-handed outing clocks in at a hefty 128 minutes — six minutes longer than the bloated 1978 Christopher Reeves original.

Henry Cavill, whose pecks can barely be contained by that muted blue spandex, plays the eponymous part, which despite its stature is always the least interesting — the white bread clean-cut all American do-gooder with that most dreary of character traits: an unflappable sense of right and wrong.

Snyder offers the reverse of DC’s 90s comic book bluff: not the fake end to the Superman legend but the fake beginning. Man of Steel cannot stand alone as a legitimate reboot because too much of it rests on preconceived ideas, part of the point being, if not to subvert expectations, than certainly to make a meal of not packaging many of the obvious ones.

Once the film is boxed in like that as an origins story, Goyer’s game is to find different ways to extrapolate or condense important information. The former arises from a lengthy prologue that could have been its own movie, Revenge of the Sith (2005) style, about a collapsing dynasty and a new hope born from the rubble. Russell Crowe (as Jor-El) and Michael Shannon (as General Zod) grimace and yell at each other as their world, Krypton, literally breaks down around them. Jor-El’s baby is put in a pod and sent hurtling to earth, where he – Clark Kent, or Superman, lest we dare speak his name – is raised on a Kansas farm by a humble married couple.

Human dad is played by Kevin Costner, who at first blush seems to have scored something of a coup: his biggest gig in many years. Turns out the semi-washed up Waterworld (1995) star got stiffed, that Whitney Houston-intended bullet from The Bodyguard (1992) all over again. Costner is relegated to a small scrappy part told by flashback in which he battles to be heard against a fierce non-linear wind, blasts of storytelling detritus drowning out his pensive Unlce Ben-like emoting. General Zod will be back, and in greater numbers; the story mostly concerns what happens when Zod demands mankind cough up their alien in disguise, before the powers that be have even discovered they have one in their ranks.

Snyder’s direction understands pace in a scene by scene sense but not as a fluid trajectory, the film’s stiff structure in part a reaction to Goyer’s heavy, messy and hammy script, which is insistent on doubling up on obvious dramatic messages. Adult Clark Kent saves colleagues from an oil rig explosion; child Clark Kent, via flashback, saves classmates from a bus crash. There’s a twenty minute prologue detailing the end of Krypton, only to have Russell Crowe resurface and verbally reiterate what happened. Adult Clark Kent is tempted to lash out at a rowdy pub patron and refrains; child Clark Kent is tempted to hit a bully but holds himself back.

Goyer asks us to care for characters well before we’ve had the chance to invest in them emotionally, and in the process of playing with expectations thins an already thin story of tangents that could have made it more interesting, such as the bottled-up sexual chemistry between Clark and Lois Lane (Amy Adams) and the hero’s tricky day-to-day balance between ordinary life and rescuing falling babies after leaping into phone booths for split-second costume changes.

You’re not supposed to “enjoy” Man of Steel; it’s too weighty and self-conscious for pure amusement. Nowhere is that more conspicuous than in the rare moments when it reaches for comedy, and gags get muffled by the thick grim air around them. Heath Ledger’s Joker has a good question to lob in for Sydner, from that big and dastardly fun house in the sky: “why so serious?” 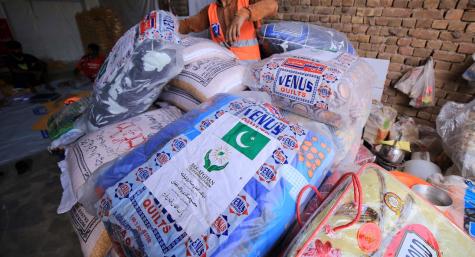