Conflict of interest over Kokoda? ... Fairfax on safari ... Ita Buttrose cashing in on Oz of the Year? ...

Conflict of interest? A tipster raised questions about NSW upper house Liberal Charlie Lynn, who is parliamentary secretary for veterans affairs, and also …

“… on the board of Network Kokoda from which he lobbies for funds for upgrades of the Kokoda Track (as well as benefits for villages near the trail). He is also the owner of one of the biggest Kokoda trekking companies and benefits himself from government-funded facilities and services on the track. As a returned serviceman he is above criticism.”

Crikey looked into this and yes, Lynn is the founding chair of Network Kokoda, which bills itself as a not-for-profit aimed at helping people in PNG. He also established Adventure Kokoda in 1991 and has led many of the company’s trips on the track since then.

We talked to Lynn about whether there was a conflict of interest — that he might personally benefit from his parliamentary role. He staunchly denied this, saying he has “never drawn a salary” from Adventure Kokoda (“however, the company does fund all of my travel to PNG to work on our Network Kokoda projects”). Neither he — not Adventure Kokoda — “has ever received a cent from the Australian government”. He pointed to one issue where he had lobbied for change along the track:

“I did lobby for funding for the Sogeri to Owers Corner Road for a number of years. Up until it was fixed the journey along this road was dangerous, and it would only have been a matter of time before a tragic accident occurred. The upgrade of the road has not only increased the safety for around 4000 Australians who use it annually, but it has also created economic and social benefits for the villages between Sogeri and Owers Corner … I am not aware of any government-funded facilities or services along the Kokoda Trail … I am not aware of any conflict of interest in my role as parliamentary secretary for veterans affairs.”

Lynn says he had declared all the above roles on the NSW upper house’s register of MPs’ interests (we couldn’t look it up, it’s not online). He provided us with a long list of PNG charitable donations he has been involved with, and points out that unlike many MPs, who use their Commonwealth Parliamentary Association-funded study tours to visit London, New York, etc, he has used his to go to PNG (it’s astonishing how many of our MPs’ important, publicly funded study trips seem to involve beautiful Western cities with excellent food, wine, scenery, hotels). But that’s another story.

Crikey’s verdict? There are some serious cases of possible conflicts of interest involving MPs out there — but this is not one of them.

Fairfax on safari. Times continue to be tough at Fairfax, and we hear regular whispers of more cuts to come. But there’s still money in the kitty for this little trip (courtesy of a well-placed mole) — it seems Fairfax have offered these kinds of incentive programs for advertising clients for some time …

“Fairfax are taking selected advertising agency staff and clients on a fully paid for trip Africa, it’s back to good times at Pyrmont.”

Ita cashes in on kitchens? Media doyenne Ita Buttrose won 2013 Australian of the Year — but is she using the prize for her own commercial gain? One irate tipster drew our attention to this:

Well, none, actually. They win an award for what they’ve already done, and there are no set responsibilities or rules they must follow for the year. As the National Australia Day Council told Tips:

Buttrose isn’t just making cash by flogging granite kitchens, she’s also got deals with luxury travel company Tauk, Priceline Pharmacy and hairspray company Cedel. Critics have questioned the link between the awards and corporate sponsorship in the past, with Les Carlyon writing years ago in The Sydney Morning Herald:

“We are positively lusting after heroes … but only certain sorts. … Robert de Castella, a natural enough hero in a nation of joggers, is made Australian of the Year which, you’ll agree, is pretty high-sounding stuff. The same night you can watch him flogging Toyotas on TV which, you’ll agree, is pretty commercial stuff. Turn the dial and you can watch him flogging a deodorant.”

We found that quote on the the Australian of the Year’s own website, by the way …

Tips told you that in April. We do keep you in the loop! But will Schapelle Corby be on the panel? She would be far more interesting than some of the tired politicians who rote-recite their party lines … Crikey favourite George Brandis takes on Judith Sloan on Monday. Tips will be washing her hair instead. 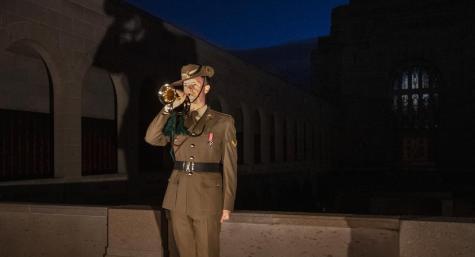 The pointlessness of trekking Kokoda

Brush up on your Bahasa, Tippy!
The common greeting in Indonesian is SELAMAT (+time of day or occasion) as in Selamat pagi – good morning.

The last great Africa trip cost one advertiser his Fairfax relationship. His boss saw it as a bribe and shifted him.

The Bali Nine would fill the Q&A panel in their own right, and wouldn’t have to be flown from Oz 🙂