Snowden under: China’s one-upmanship could save his life

Although Hong Kong has an extradition treaty with the US, China's desire to get back at America for hacking its nationals could be Snowden's saviour, writes freelance journalist in Beijing Kway Teow. 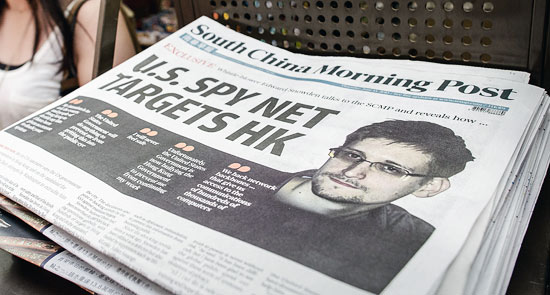 Tit for tat. For many, the phrase has childish connotations, of one party obsessed with retaliation almost to the point of absurdity. For China, it is a legitimate strategy for a variety of situations — this is, after all, the country that responded to European Union anti-dumping legislations on its photovoltaic products by slapping higher import tariffs on European wine.

So when The New York Times and The Washington Post published a series of scoops this year detailing Chinese hacking operations, both civilian and military, including tracking down and photographing the Shanghai building from which cyber-attacks on US institutions took place, few took China’s response seriously. It was swift, and it was punctuated with the sort of foot-stamping you might expect: They started it! The US hacked us too!

We read it, we nodded, we moved on. Then we woke up one morning and there was Edward Snowden.

The motivations behind his choice of Hong Kong as a refuge remain unclear. Unlike the Chinese mainland, it has an extradition treaty with the US that goes back the better part of two decades, even if the Hong Kong chief executive has made firm-sounding noises that local laws will apply to the Snowden case.

This has much to do with sovereignty of jurisdiction, something the US has a marvelous track record of respecting. But it also comes on the back of Snowden’s claims that the US has hacked “hundreds of targets” in the mainland and Hong Kong, the latter involving public officials, businesses, students and a university.

The Hong Kong-based South China Morning Post ran a follow-up piece with specifics — the US has been hacking Chinese computers for four years, civilian computers (not military) were the targets, and the hacked Chinese University is home to the central servers through which all Hong Kong’s web traffic is routed.

State-run China Daily could have been forgiven for running a front page featuring nothing more than a picture of Snowden and the words “TOLD YOU SO” in 200-point font. Its response over the past week has been slightly more restrained, with editorials variously saying the case has “stained” the US and that the world owes Snowden a debt of gratitude.

Yesterday, however, the paper ran its most strident editorial yet. It points out the “one-sided chorus” of US politicians and media that drowns out China’s rebuttals and acknowledges Snowden’s role in uncovering the “misdirection” behind the US’s “holier-than-thou grandstanding”.

Also referenced is a Foreign Policy piece asserting that the NSA has illegally accessed Chinese computer and telecommunications systems for the past 15 years. Two weeks ago, China’s head internet security official made the seemingly outlandish claim that the country had “mountains of data” on US hacking activities — no one is smirking any more.

This also adds perspective to the informal meetings between US President Barack Obama and his Chinese counterpart, Xi Jinping, that took place on June 6-7. Discussions of cyberespionage were a late addition to the agenda, and while other accords were reached, Xi stopped short of acknowledging China’s role.

At the time, Obama warned that continued hacking would be “a very difficult problem” in the two countries’ relationship. But while China has begun posturing in response, its own track record means that there is no moral high ground to be gained – instead, both sides are taking turns to argue that being up to the knees in a swamp of dubious practices is better than being up to the neck.

Although his actions have been praised in China’s state media, little has been made of Snowden’s choice of Hong Kong, particularly his assertions about its history of freedom of speech. Users of Chinese social media have pointed this out, but their reaction has been noteworthy for its relative lack of outrage.

Perhaps knowing that you’re being watched makes surveillance tolerable, if not palatable. Indeed, some users of the popular Sina Weibo service see the Great Firewall as much less intrusive than PRISM, while others say Google’s decision to up sticks and leave the mainland may have had unintended security benefits.

Snowden has been cautiously described as a hero, and watchers of the bounties that spill forth from the wallets of China’s near-mythical middle class have predicted a possible backlash toward Apple and other US products.

In the US, former US vice-president Dick Cheney wasted little time in launching thinly veiled spying accusations at Snowden. Beijing has flatly denied the claims, as has Snowden, whose splendid response was that he could be “living in a palace petting a phoenix by now” if he were a spy.

More sensible is the speculation that Snowden has more to leak about the US’s activities in China, particularly as he negotiates asylum, although Iceland may be his intended destination. Wherever he ends up, one thing is for certain — this time, it won’t be just the watchmen that are watching.

Let’s be frank, Snowden didn’t have many options when seeking a country which would have sufficient clout to stick it to the US government.

Sadly, Australia would be almost last on his preference list.

Zut – yep, genius. China is the only nation that has the US scared.