Why Snowden was smart to choose Hong Kong. Very smart

Was Hong Kong a smart choice of refuge for US surveillance whistleblower Edward Snowden? Victorian barrister Rudi Cohrssen looks at the tricky issue of extradition. 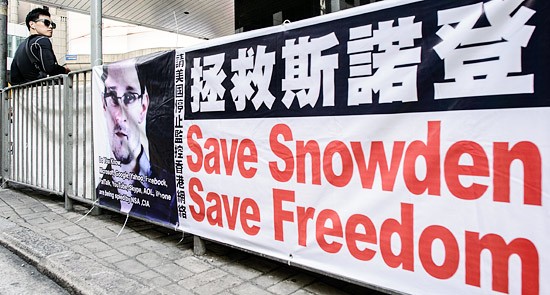 Whistleblower Edward Snowden exposed in detail what many suspected, but understated for fear of being considered conspiracy theorists. George Orwell’s 1984 is back on The New York Times’ bestseller list, and the idea of a dominant surveillance state is going mainstream. Big Brother exists, it seems, and according to FBI director Robert Mueller, the US will aggressively track down Snowden and hold him accountable for leaking the details of the National Security Agency’s Prism program.

Snowden has fled from the US to Hong Kong, an interesting choice, which might turn out to be a smart choice. The US has arrangements with most countries for the return of those it considers fugitives. This can take the form of a formal extradition treaty or ad hoc arrangements for rendition or deportation. But Hong Kong is unlikely to allow the rendition of Snowden to the US. Given the nature of the revelations, and their direct impact on both Hong Kong and China, Hong Kong authorities will probably maintain Snowden’s immigration status if an extradition request is pending. Deporting a person in the face of an extradition request also tends to demonstrate a lack of integrity on the part of both governments involved.

Snowden says he acted out of conscience to protect “basic liberties for people around the world” and has chosen to move to a self-governing territory of the US’s biggest strategic competitor, China. China is a significant target of the NSA’s surveillance program, and the US administration is clearly embarrassed by Snowden’s disclosures, given President Barack Obama’s recent one-on-one meeting with the new Chinese Premier where China was accused of extensive hacking of US systems. Add to this the pointed references made by Snowden to the South China Morning Post that Americans had spied extensively on Chinese and Hong Kong targets since at least 2009, and you have an interesting context to any extradition request. In matters involving whistleblowers, context is a key component in the extradition process.

Context is vital because the ultimate decision to extradite is the decision by a political office-holder, the executive authority of a government, even if a court says otherwise.

The US has not (yet) made a formal extradition request for the return of Snowden. There is no general duty to extradite in international law. States have exclusive jurisdiction over their territory and the residents within their territory. A corollary to that principle is that states should not interfere in each other’s internal affairs, which arguably includes not engaging in large-scale hacking and spying activities. In recognition of this principle, states conclude extradition treaties, or agreements, setting out extradition procedures and safeguards. In Snowden’s case, any extradition request by the US would have to be in terms of the US/Hong Kong extradition treaty. The operation and details of the NSA Prism program seems inimical to notions of state sovereignty.

If the US requests Snowden’s extradition, it must set out the charges, accompanied by supporting evidence sufficient to justify committal for trial if the offence had taken place in Hong Kong. The “sufficient evidence” or prima facie evidence requirement has over the past decade or two been replaced by fast-track extradition arrangements in many treaties, where prosecuting authorities in requesting countries need merely provide a certificate that there is sufficient evidence to support the charges.

The US authorities face the challenge of deciding how much evidence would be considered “sufficient” for treaty purposes. Given the secrecy around national-security-related charges, and the fact that the government of Hong Kong (and China) and the courts of Hong Kong would be keen to find out more about the NSA’s spying, US authorities are in a tricky position. Insufficient evidence, or possibly too much evidence, could ultimately lead to a refusal to extradite by the courts or the executive authority of Hong Kong.

Where charges implicate the defence or national security of Hong Kong or China, extradition can be refused in terms of the treaty if the fugitive is a Chinese national. Snowden is not a Chinese national, but the treaty also says that the extradition can be refused if the charges are found to be political offences. The question is whether Hong Kong authorities would consider the US charges against Snowden political offences given his disclosure of large-scale surveillance and data mining by the US in Hong Kong and China. It may not sound like a natural fit to some, but then politicians sometimes make things fit. Enough said.

In the US, official reaction to Snowden’s disclosures included anger, surprise and denial. The NSA’s surveillance program has bipartisan support of lawmakers, as emphasised by Obama. “Nobody is listening to your telephone calls. I think we’ve struck the right balance,” he said. These comments concerned US citizens, and offer no comfort to non-US citizens, a couple of billion of whom use US-based ISPs. And not all US lawmakers share Obama’s view. There is no suggestion in Snowden’s disclosures that the NSA has breached any US laws.

Reaction outside the US has been widespread and vocal. Important for Snowden, the Chinese government commented for the first time yesterday, demanding the US explain the operation of its spying program to the international community and rejecting as “sheer nonsense” suggestions by former US vice-president Dick Cheney that Snowden is a Chinese spy. Chief executive of the Hong Kong government Leung Chun-Ying promised his government would do its best to uncover the truth about the reports of US hacking. Public support for Snowden in Hong Kong and China is understandably growing.

The US is not making things easier for itself by only focusing on the domestic fallout of Snowden’s disclosures. It’s a global issue, with global consequences and a global audience demanding answers. These answers must convincingly address concerns around privacy and national security; transparency and secrecy; accountability and impunity; and US interests and global interests. In the meantime, Snowden’s choice of facing the consequences in Hong Kong seems more smart than surprising.

The government has no right to lecture anyone about cybersecurity while it is party to making the world's IT networks less secure — all in the name of spying for western corporations.

Could this broad clause be used in the government's war on press freedom?

It seems Snowden has considered the options most carefully. News footage of his father urging him to “come home” is perplexing. Only the dim-witted would follow that advice.

Dick Cheney’s accusation of “Chinese spy” is entertaining and innovative, who’s writing his material these days?

President Obama sought to draw an amusing distinction between the Chinese regime’s theft of intellectual property, and the “standard fare” of countries spying on one another for political secrets.

The Chinese will feed him to the wolves—

Given that the reliably raving Congressman Lindsay Graham (of “mothers may run out of ammunition defending themselves & children” infamous opposition to large capacity magazines for assault weapons)said “(Snowden) has taken from the amerikan people the means to defend themselves..”, and that the current vox pops seem to indicate the consensus is that the crime is not surveillance but the revelation of it. Talk about mass Stockholm Syndrome!

… “opposition to the restriction on large capacity..”