Why would Kevin Rudd want to become prime minister only to lose the election? Plus other political views noted along the way.

Why not wait? Being restored to the prime ministership would no doubt be personally satisfying for Kevin Rudd. Being defeated at an election weeks later would be the opposite. Surely the common sense position for him now would be to stick to his announced public position of not challenging Julia Gillard and only accept the poisoned leadership chalice if she stepped down and he was near-unanimously drafted?

I think I’ll risk some of my hard-earned and back the Labor status quo continuing until election day.

After the defeat Kevin Rudd will just be 56 — plenty young enough to mount his second bid as a leader of the opposition.

A blow too far. Just as well NSW Greens MLC Dr John Kaye was not making the rules when Winston Churchill was the prime minister trying to save civilisation from the Nazi hordes. Kaye is proposing that politicians pass a .05 breathalyser reading before being allowed to enter the legislative chamber. The great orator would have been in trouble. His daily routine after breakfast in bed while reading the papers followed by dictation to his secretary is described as follows:

“At 11:00 a.m., he arose, bathed, and perhaps took a walk around the garden, and took a weak whisky and soda to his study.

“At 1:00 p.m. he joined guests and family for a three-course lunch. Clementine drank claret, Winston champagne, preferable Pol Roger served at a specific temperature, port brandy and cigars. When lunch ended, about 3:30 p.m. he returned to his study to work, or supervised work on his estate, or played cards or backgammon with Clementine.

“Dinner was the focal-point and highlight of Churchill’s day. Table talk, dominated by Churchill, was as important as the meal. Sometimes, depending on the company, drinks and cigars extended the event well past midnight. The guests retired, Churchill returned to his study for another hour or so of work.” 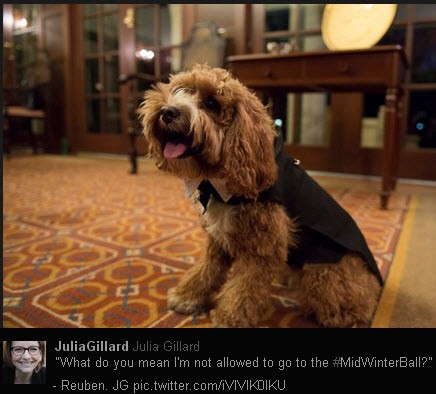 And now it’s official. The Oxford English Dictionary described it as “a quiet announcement” and a rule breaker to boot.

Scientific vocabulary (especially technology) forms a healthy chunk of other additions this quarter: big data, crowdsourcing, e-reader, mouseover, redirect (the noun), and stream (the verb). Also entering the OED for the first time is handyman special — this euphemistic North American term for something (especially a house) that is in need of repair and therefore available at a discounted price.