The Coalition wants to allow church-based groups to discriminate -- but they don't want it. Divisions widen on putting local government into the constitution. No oversight for the government's export fund. Why Holden should go back to Detroit. And the wacky world of journalism prizes -- anyone can win.

We love a good valedictory speech. They’re rarely reported — except when you slap your leader on the way out — but often reveal the genuine commitment and heartfelt dedication to making lives better mostly lost in the usual bloodsport of Parliament.

More than 20 MPs will say goodbye over this sitting fortnight — Crikey will compile the best speeches for you next week. Ex-Labor frontbencher Nicola Roxon delivered hers yesterday, with words on the strength of Julia Gillard, the ongoing fight for gender equality and a rose-coloured reflection on the government’s term … 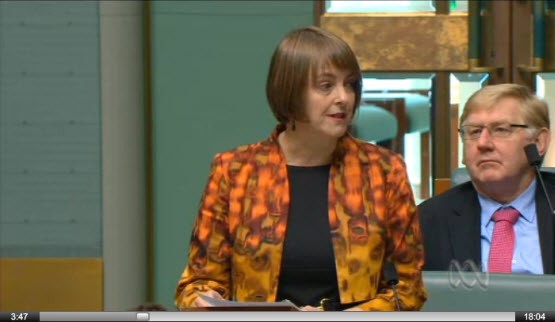 “Because progressive parties like ours want to achieve so much, we do not often take the time to reflect enough on what has been achieved. Labor in government has been so busy, arguably too busy, that we have been on to the next challenge without taking the time to stop, appreciate and be proud of all the work that we are doing. Retiring gives me a good excuse to pause and focus on what has changed in my time here; locally in my electorate of Gellibrand, but more broadly for the nation.”

Roxon’s reflections will be different to most voters’ come September. Taking time out to soberly reflect on the changes implemented by this Labor government — both good and bad — over the last six years is certainly worth the time.

Now that we have the Guardian Australia edition providing un-opinionated NEWS, Crikey’s core is revealed to be nothing more than a bunch of conservative writers who don’t always toe the Murdoch line, and are now in ‘alternative’ employment. (read: still championing Murdocracy, hoping for a job in the New News Corp).

The result, reasons and compunctions for the switch to Tea Party Australia edition, come September, are going to make great history reading. Many at Crikey will be in the footnotes for their complicity.