Should journalists enter awards run or sponsored by special interest groups? From fragrance reporting to writing on colorectal disease and the mining industry, just about every reporter wins a prize these days ... 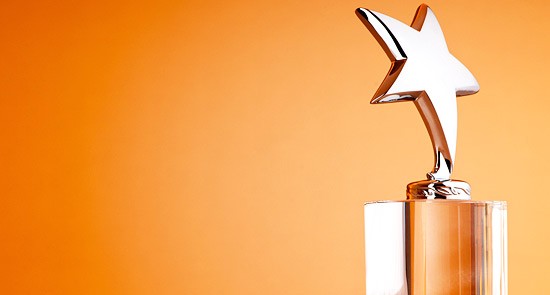 Times are tough for Australian journalists: jobs are being slashed, budgets are being cut and workloads are intensifying. But some perks remain — and not just junkets paid for by lobby groups or businesses. Journalism prizes are proliferating, often with lavish rewards attached.

Some of these gongs — such as the Kennedy Awards for NSW Journalism, launched last year — are organised and judged by journalists. Others are run, sponsored and judged by organisations with a vested interest in what does and doesn’t get reported.

Media companies have long been wary of such munificence. The New York Times bans staff from entering competitions “sponsored by individuals or groups who have a direct interest in the tenor of our coverage”; so does Reuters. The Sydney Morning Herald ethics policy states staff “will submit work only to contests whose central purpose is to recognise journalistic excellence, and not to competitions designed primarily to promote a product, an industry or a lobby”.

Yet, as Crikey‘s list of journalism awards shows, there is a dazzling array of journalism awards on offer — from gongs for cruising journalism to prizes for celebrating senior citizens. For many think tanks, NGOs, lobby groups and businesses, handing out media awards has become a key piece of the public relations puzzle.

One of the sweetest-smelling prizes is the Jasmine Award for excellence in fragrance journalism, handed out in April by peak perfume body Accord Australasia. InStyle magazine’s Eleanor Pendleton scored a trip to Paris, including five-star accommodation and a side trip to the Grasse perfume museum. Winners of the other six categories — including Best Blog Post on Fragrance and Best Practical Guide to Fragrace — took home $1000 each for their troubles.

The health sector is the most generous when it comes to prizes. The Luminous Award for “enlightened, intelligent and inspiring cancer reporting” comes with a $5000 reward thanks to pharmaceutical giant Eli Lilly. There are also gongs for reporting on colorectal disease, heart disease, health informatics, pathology and drug and alcohol issues. The Australian National Preventative Health Agency jumped on the bandwagon this year by launching the Excellence in Preventive Health Journalism Award, worth $2000.

With climate change a potent political issue, it’s no surprise both sides of that debate are in the prize-giving game. The Clean Energy Council, the peak body for the renewable energy industry, hands out a media award each year for “fair and balanced reporting of the Australian clean energy industry”. The Association of Mining and Exploration Companies Media Awards celebrate reporting that “contributes to a wider understanding of the Australian mineral exploration and mining industry”.

Only last week, the Lowy Institute for International Affairs entered the fray by announcing a $5000 prize for reporting that has “deepened the knowledge, or shaped the discussion, of international policy issues”. The award will be judged by a panel including journalists Jana Wendt and Max Uechtritz, and former foreign affairs minister Alexander Downer.

Standards across the awards vary wildly. Some — such as the Citi Journalism Awards for business reporting — have independent judging panels and assess entries on uncontroversial criteria such as accuracy and writing quality. Other contests are explicitly aimed at influencing the quantity, and the tone, of media coverage in a particular area.

The Professional Teachers Council, for example, isn’t keen on stories about teacher neglect or crumbling classrooms: its awards are handed out for the “positive portrayal of the work of teachers and schools”.

Earlier this year the Crawford Fund, an NGO committed to rasing awareness about food security, announced it would launch a journalism award to “encourage working journalists to investigate the challenges and opportunities in providing positive responses to improved food security and raise awareness on the important role of agricultural research, training and rural development”.

Last year advocacy group Voiceless, which campaigns against animal cruelty, launched the Voiceless Media Prizes to reward journalism that makes “a positive contribution towards animal protection”. With $15,000 on offer in prizes, the awards were judged by a panel of four judges, all of whom were associated with Voiceless.

Not all organisations are so upfront: it’s often unclear, on the contest website or the entry form, who the judges are, how they are selected, and how independent they are. Denis Muller, an expert in media ethics at the University of Melbourne’s Centre for Advancing Journalism, offers five tests to help journalists and their editors decide whether to enter a contest:

If the answer to any of these questions is unsatisfactory or unclear, Muller says journos would be wise to steer clear of the contest. Some of the awards on Crikey‘s list, he says, wouldn’t make the grade. “It’s important to acknowledge good work,” he said. “[But] you wouldn’t want any award that is predicated on the notion of a positive or negative portrayal.”

Journalists generally bitch about the winners of the annual Walkley Awards. But nobody could argue with Joanne McCarthy's golden night. Crikey partied with Australia's media in Brisbane.

Who's been nominated for a Walkley and who missed out? Fairfax has done well, while there are some smaller players hitting well above their weight ...

Lessons for the auto industry

Crikey readers have their say on Holden, auto subsidies and journalism prizes.

Good Work Matthew. Unfortunately I think you’ve disqualified yourself from any awards for a while..