Urban, middle-class Iranians hope President-elect Hassan Rouhani will end the oppressive restrictions of the previous regime. But ANU Centre for Islamic Studies academic Brenton Clark cautions against too much optimism. 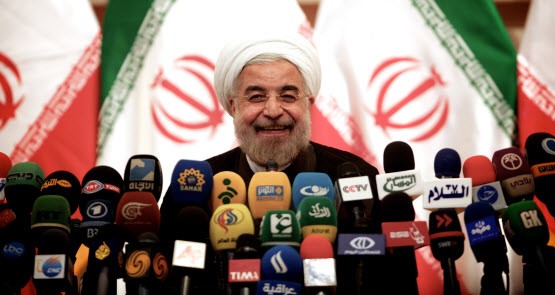 The landslide election victory of Hassan Rouhani has shocked Iran. Many believed the centrist cleric stood little chance against a group of candidates heavily backed by powerful conservative factions within the Islamic Republic of Iran. He won a crushing victory, reeling in over 50% of the vote in an election with massive turnout throughout the country.

And it’s renewed hope for changes in Iran’s domestic and international agendas, vital after eight years of disastrous economic, social and political policies instigated by former President Mahmoud Ahmadinejad and his conservative cadres.

Rouhani has captured the imagination of young, urban, middle-class Iranians, declaring he would put an end to extremism, release political prisoners, end the social discrimination encountered by Iranian women, ease the crackdown on civil society and provide greater freedom for the press. Furthermore, throughout his campaign Rouhani placed a high priority on negotiating an end to Western economic sanctions through “real” negotiation over Iran’s nuclear program. Such statements are music to the ears of Iranians enduring terrible social and economic hardships, whose political freedoms have been increasingly restricted.

Significant caution is required, however, and the West should not expect too much from a candidate who is firmly entrenched within the Islamic Republican system and who will be significantly restrained in his ability to carry out real political, economic and social change.

In matters of domestic policy, Rouhani will likely soften what has become in many respects an almost totalitarian state. In the election campaign he railed against the so-called “securitisation” of Iranian society, which has led to the consistent and sometimes violent cracking down of any opposition and dissent to a regime that has become ever more paranoid following the election protests of 2009.

The pledge to release prisoners is pure rhetoric; without the support of the more radical and conservative factions that have tightened their grip on Iran’s organs of political power, it is hard to imagine that there will be meaningful social liberalisation.

In relation to economic policy, Rouhani has painted himself as a “steady hand” who will attempt to reel back the loose economic policies instigated during the Ahmadinejad regime. But his economic statements have been vague, with little in the way of concrete policy.

Rouhani’s main policy platform in solving Iran’s economic issues is to empower technocrats and “real” policy experts; he believes they were sidelined by Ahmadinejad’s free-wheeling and ill-conceived populist economic agendas. However, with an official inflation rate that sits at more than 30% (the real figure is much higher) and a currency that has lost more than 70% of its value this year, Iran’s economic problems are both structural and all-consuming. Without real and unpopular action against corruption that stems from the regime itself, Rouhani will have his work cut out for him.

Perhaps the biggest challenge for Rouhani will be to convince the West to lift its economic sanctions and to solve the current nuclear impasse.  Although we will see less of the outlandish rhetoric that has typified the presidency of Ahmadinejad on this matter, Rouhani is a keen supporter of Iran’s nuclear program. Rouhani presided over the cessation of uranium enrichment activities as Iran’s lead nuclear negotiator between 2003 and 2005 as a confidence-building and goodwill gesture, but he has bragged that during this period Iran made great strides in furthering its nuclear program, while avoiding referral to the United Nations Security Council. Iran’s nuclear program has wide support within the Iranian body politic.

The West should be under no illusions. Rouhani, although moderate and restrained in his political discourse, is not a reformer. His political fortunes have been closely tied to that of the Islamic regime, and he is by no means a political outsider or a renegade reformist. Rouhani will make changes and will definitely improve Iran’s battered image on the international stage. But these changes will not move too far from the ideological red lines and world views of the man who is really in charge of Iran, the Supreme Leader, Ayatollah Ali Khamenei.

*Brenton Clark is a Tajikistan-based PhD scholar from the Centre for Arab and Islamic Studies (Middle East and Central Asia) at the Australian National University. His research focuses on Iran’s political influence in the central Asian region, and he’s spent extensive time in Iran and Tajikistan conducting research, interviewing policy elites, politicians and academics in both countries.

Iran on the brink of civil war

Thanx very much for this most informative report and analysis. Interestingly, I gather, Iran has elections for at least its president which seem to be fair within the bounds of the restrictive state.