At last, China gets on board carbon trading

Environmentalists cheered when China announced it would finally put a price on carbon. But as usual, the price is far too low to have any meaningful impact on the country's vast emissions. 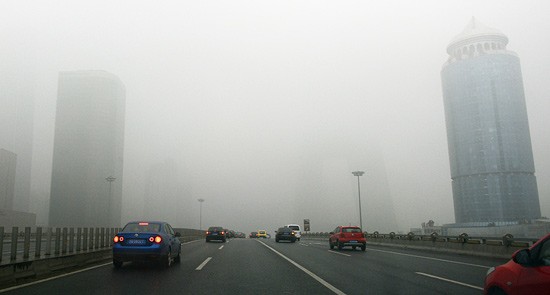 For some time, China has been the rest of the world’s great big wonderful excuse to do nothing on climate change. Why should Australia/US/Canada, etc, do anything when China is adding a coal power plant every week, the saying goes.

It’s an effective excuse because it’s built on something that’s true, even though it is also incredibly simplistic. China is now the world’s biggest emitter of greenhouse gases, as it overtook the US a few years ago. You simply can’t address climate change in a meaningful way without China on board.

Conversely, of course, the rest of the developed world, particularly the US/Canada/Australia with their high levels of per capita incomes and carbon emissions, also provide an incredibly wonderful excuse for China/India/others to do nothing on climate change. You can imagine the line, ‘Why should we poor impoverished people do anything on climate change when they’ve got a fridge just for beer, a V8 in the driveway, and a McMansion with central air-conditioning?’.

Not everyone in Australia, the US or China is that stupid to just mindlessly point the finger at someone else. But there are still plenty who are.

Consequently, when China announced it would be rolling out a series of emission trading schemes in several provinces as pilots, it meant a great deal to environmentalists and supporters of carbon pricing here in Australia. The table below, prepared by the Climate Institute, summarises six of the seven pilot schemes that will be rolled out across several Chinese provinces.

The problem, of course, is that these schemes won’t involve a carbon price of $23 per tonne of CO2, and in fact their prices are likely to be an awful lot lower. Unfortunately it seems the Chinese haven’t learnt all that much from the rest of us developed world drongos when it comes to emissions trading.

So just like the Europeans (and Australia when we mindlessly linked with them), as well as the US with its SOx and NOx and the North-East RGGI emissions trading schemes, China’s scheme in Shenzhen will start with an oversupply of emission permits.

According to analysis from Thomson Reuters Point Carbon, the Shenzhen market will initially face an over-allocation of allowances equivalent to about 10 million tonnes of CO2 for the period from 2013 to 2015.

One has got to ask, when will emissions trading market designers ever learn? But at least the Shenzhen scheme also includes a so-called “ex-post adjustment” mechanism that enables the government to adjust the allocation of emission allowances to companies based on their actual emissions output.

Naturally we can expect the Australian Chamber of Commerce and Industry, the Business Council of Australia, Australian petroleum production and exploration scene, the Minerals Council, and Australian Industry Greenhouse Network to all be screaming, “See, Australia’s carbon price is way higher than China’s”, ignoring that:

a) The Chinese price is in fact higher than it was prior to the ETS, so it’s a move in the right direction; and

b) China has a wide array of other initiatives in train, most of which are probably more significant and more costly than its emissions trading scheme in driving emission reductions.

On point B, the Chinese cabinet (known as the State Council) voted last Friday to impose 10 separate measures to begin addressing the appalling smog in the country. According to a range of media reports, the Chinese populace are becoming increasingly concerned about the impact of pollution on their own health and demanding action from their leaders.

According to The New York Times, crowds numbering in the thousands have taken to the streets in coastal cities including Dalian, Tianjin and Xiamen to prevent the construction or continued operation of large chemical plants. Coal-fired power plants have been blocked in the provinces of Guangdong and Hainan. And rock-throwing mobs forced the cancellation of a copper smelter a year ago in Shifang, a town in Sichuan Province, in western China.

While smog is different to greenhouse gases, the pollution controls will act to make energy from carbon-intensive coal more expensive, and slow down the expansion of energy-intensive industrial facilities.

We shouldn’t put too much weight on these pilot carbon trading schemes. They aren’t meant to be the government’s primary response to meeting its emission reduction targets. But they do represent an important first experimental step towards using market measures rather than direct regulatory controls.

It seems that even Communists can recognise the limitations of direct actions.

Chinese carbon tax – as cheap, nasty and useless as Chinese consumer electronics, machinery, tools and everything else. What did you expect?

From you, patrIdiot? No more than you provide, zilch.

So is China finally a convert to the religion that is climate action? Or are they merely paying it the lip service it deserves? My money’s on the latter.
Yes, I’m a climate change heretic.