Steering the state ship with a Zimmer frame: the world’s oldest leaders

With Robert Mugabe hoping to be the world's only nonagenarian head of government, Crikey intern Joanna Robin finds out what other world leaders are making the most of their golden years. 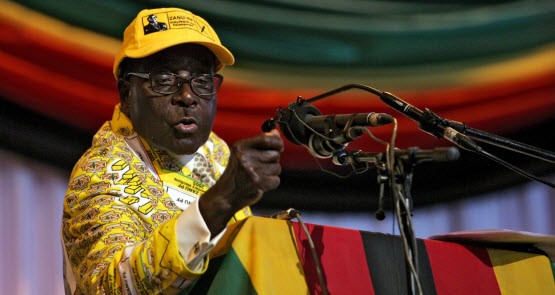 Zimbabwe’s Prime Minister Morgan Tsvangirai, who is now running for president, has labelled his electoral rival Robert Mugabe a “dead man polling”, saying the 89-year-old President (who holds the real power in the country) is “too frail” to lead for another five years:

“I think it’s very punishing for the Zimbabwe people to put forward a 90-year-old to run the country for another five years.”

Last week, Mugabe invoked emergency powers to call snap elections at the end of next month, setting an election date for July 31. Tsvangirai has denounced the move, saying there will not be enough time to institute the constitutional changes to electoral, media and security laws needed to ensure a free vote. With the speedy election date, Mugabe seems keen to continue on as the world’s oldest head of government.

Born on February 21, 1924, Mugabe turned 89 this year and marked the occasion with an extravagant celebration with party favours and a cake said to weigh 89 kilograms. When one considers the average life expectancy in Zimbabwe plunged from 60 to 40 during his reign, it does seem rather an impressive feat.

Sitting on the throne in second place is Saudi Arabia’s King Abdullah bin Abdul Aziz —  the head of the House of Saudi and Prime Minister — who was born on August 1, 1924, making him 88. If he’s still alive, that is. Late last month a Saudi journalist working for the London-basedAsharq Alawsatreported the sovereign was clinically dead. It was the second time in recent months the publication has laid the claim, and his failing health has led to a great deal of speculation about his succession.

In third place is Sheikh Sabah Al-Ahmad Al-Jaber Al-Sabah, Emir of Kuwait, who was born on the June 16, 1929. Sabah succeeded Sheikh Saad, who was voted out of office after just nine days because of ill health.

Next is Cuba’s revolutionary leader Raul Castro, who celebrated his 82nd birthday on June 3. He has been in power since 2006, when a life-threatening intestinal disease forced his brother Fidel to step aside. His current presidential term will end in 2018 and Castro has announced it will be his last. Vice-President Miguel Diaz-Canel, a relatively sprightly 53, will lead the next generation of government.

It was surprisingly difficult to pin down the top five, with previous lists becoming rapidly out of date as ageing heads of government fall into their political, and actual, graves. The final addition to the list of ageing leaders is India’s Prime Minister Manmohan Singh — born on September 26, 1932 — who celebrated his 80th birthday last year at work. He has cut the cake on board Air India One on four occasions as he was travelling to or from foreign visits.

Some observers have expressed concern about a growing generation gap between India’s ageing politicians and its youthful population. The median age of the Indian cabinet is 65, compared with the median age for the population as a whole of 28.

Although his role is largely apolitical and ceremonial, Israeli President Shimon Peres is the world’s oldest living head of state. Born in 1923, Perez is fast approaching the big 9-0 (we think). Before he took office as the President he celebrated his birthday on August 16, then subsequently began to celebrate it on August 2. He’s certainly old, but some are unsure when exactly they should be singing Yom Huledet Same’ach.

Australia’s longest-serving prime minister Robert Menzies was 71 when he stepped down in 1966, also making him the oldest serving PM. Menzies was 44 when first elected and held office twice from 1939 until 1941 and from 1949 to 1966, a total of 18 years, five months and 10 days. He won a staggering 12 federal elections.

Robert Mugabe was elected as Prime Minister of Zimbabwe in 1980, the first of the reconstituted state.  In 1987 he revised the constitution to give himself the title of President, and has been 26 years in the role. April 18 was the 33rd anniversary of Mugabe’s rise to power.

Violence, coercion not the only threats to Zimbabwe’s elections

Shocked Crikey. Shocked and shattered. (David Flint will be having a seizure reading this.) You’ve gone and left out Lizzie. Born 21 April 1926.

Giorgo Napolitano (88 later this month)was recently chosen as Italy’s president for another 5 years – definitely with one eye to the future there !
http://en.wikipedia.org/wiki/Giorgio_Napolitano

You have missed out Rupert Murdoch, the real king of the world, not just a head of state (at least until the UK phone tapping scandel comes to court I guess).
How many heads of state cowtow to that esteemed gent.

Both Liz and Giorgo were taken into consideration, but only heads of state who were still active as heads of government made the list. Alas!