When ‘social cost’ gets slippery: how lobby groups spin their case

Good causes have a tougher time convincing policymakers of the merits of addressing social issues. So they rely on "social cost" to get into the policy space. 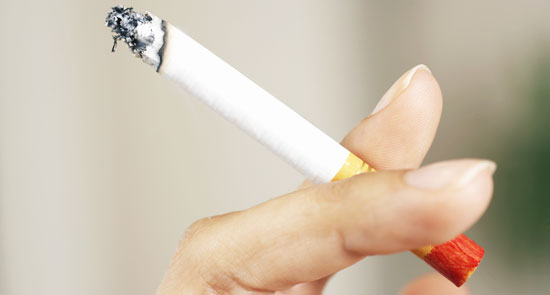 At Crikey we’ve often dissected the economic modelling commissioned and disseminated in the media by industries, companies and lobby groups trying to influence public policy.

Where we’ve been remiss is in not looking at the growing tendency on the part of non-government organisations, community groups and lobbyists for the sectors like public health to do exactly the same thing.

Coming up with modelling to support your demands is a piece of cake if you’re an industry group or rentseeker. You commission an economic consultancy, tell them the result you want, and let them produce it. They plug in some assumptions, compare the result to a business-as-usual scenario, point out how disastrous it is in terms of jobs lost, even though the jobs don’t actually exist yet, and might even bring forward the value of lost GDP from decades in the future to give a lost GDP per capita figure in present day dollars, as though a particular policy will strip thousands of dollars from every Australians’ bank accounts.

Everyone from the mining industry to manufacturers to power companies do it.

It’s more difficult if you’re an NGO charged with lobbying for non-economic outcomes, or a public health outfit that wants more money or regulation for a particular problem. You can’t point to lost jobs as a direct consequence of policy. Many health problems, for example, cost governments a lot of money to treat. But that money actually employs people — doctors and nurses and other health professionals.

If you can throw in other social costs, like the cost of the criminal justice system, even better. And with health problens there also the cost of “lost wellbeing”, which is measurable but not an economic cost unless it affects productivity or consumption.

Governments get in on this act as well. The cost to society of tobacco, alcohol and illicit drug use was $56 billion per year in 2004-05, then-Health Minister Nicola Roxon declared in 2008 when she launched a Preventive Health Taskforce that eventually became the Australian National Preventive Health Agency. The figures are now gospel for the public health lobby, although the social cost of alcohol has been strongly challenged.

Now, this isn’t to say that drug use isn’t an issue that affects the whole community. Indeed, there are many critical issues that have been given the “social cost” treatment. Domestic violence, for example, has been calculated by Access Economics for FAHCSIA to cost the economy $13.6 billion a year, quite apart from the human toll. This isn’t to belittle the issues in which the social cost approach has been employed.

But when you start adding them up, you very rapidly get the impression it’s amazing the Australian economy operates at all.

For example, late last year, Access Economics (or Deloitte Access as they now style themselves) did modelling for eating disorder group the Butterfly Foundation. Access Economics found such disorders cost the economy nearly $70 billion a year. And in 2008, Access modelled the cost of obesity for Diabetes Australia, finding it cost $3.6 billion a year in lost productivity as part of an overall cost of $58 billion a year, which included “lost wellbeing”.

And a 2009 report by a dementia organisation suggested that by the 2060s, Alzheimer’s Disease would cost $83 billion a year. Who modelled that? Why, step forward Access Economics. This firm not merely dominates the field when it comes to modelling for rentseekers and opportunistic industries, but for NGOs and the health lobby as well.

By Crikey’s count, various health and social issues are claimed to cost us over $260 billion, in a $1.5 trillion economy. And this is only a selection. A recent Guardian article suggested there was a massive economic cost caused by masculinity – imagine the cost to society of all the problems men cause? Not that women get away scot-free — being young and female is also a problem as far as the public health lobby goes, given girls just want to have fun.

Still, in a contested policy and funding market place, you have to sell your issue, no matter how objectively important it really is, as effectively as possible.

Ask the economists: a brief boom, and then what?

Access’ prophet and loss record belongs in the budget bin

Brilliant stuff as always by Bernard. I demand to know the annual cost to society of all of this self-interested rentseeking guesswork. Anyone like to do an RCT comparing the figures from ‘Excess Economics’ with the latest reincarnation of ‘Paul the Octopus’?

Im not so sure about this piece. On the one hand it seems to be excoriating social groups from at least trying to get their issues seriously considered by bean counters by framing them in the same language. Which Bernard seems to be saying is a bad thing, but on the other hand what are they supposed to do, never try and present their arguments this way. Seems to be a funny swinging between a view that says a)cost benefit is the only way to frame public policy instead of wishy washy appeals to a vague sense of moral good but b)groups focused on this should never use it. Not sure what that leaves. And how do you actually tell how ‘objectively’ important something is? Its all politics after all aint it?

BERNARD K: For the first time in years you’ve shocked me. “You commission an economic consultancy, tell them the result you want, and let them produce it.” Is it really that cynical? OMG!

That’s great…perhaps they might develop an Australian Standard to compare the costs/benefits using a standardised method.

All those desperately obese people, inching along the urban landscape, clearly have no trouble ingesting food, yet they claim it’s a disorder with eating and digesting a rotten diet?