Murdoch gives lessons in how to divorce-proof a business

Rupert Murdoch’s numerous divorces (this is his third) provide plenty of lessons for other business owners keen to protect their assets. 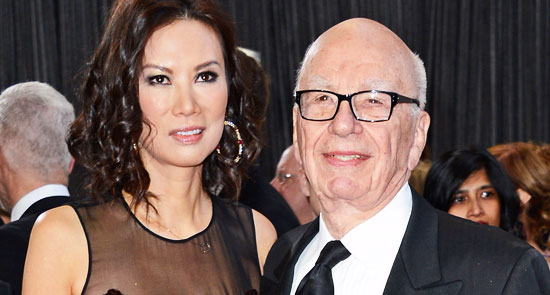 After 14  years of marriage, Rupert Murdoch and his wife of the lightning-fast reflexes, Wendi Deng, are getting divorced. In an application for divorce filed in New York, the media mogul said the marriage had “broken down irretrievably”.

Murdoch and Deng were married in 1999, when he was 68 and Deng was a 30-year-old junior executive at News Corp’s Star TV in Hong Kong. Murdock had finalised his divorce from his second wife, Anna Torv, just 17 days earlier.

Murdoch’s numerous divorces (this is his third) provide plenty of lessons for other business owners keen to protect their assets.

Marriage breakup has seen the erosion of many a fortune. For example, actor John Cleese toured the world in 2009 with his comedy show, How to Finance your Divorce, no doubt inspired by his $US19.7 million payout to wife of 17 years Alyce Faye. Local billionaire Gerry Harvey paid Lynette Harvey a huge stake in Harvey Norman when the couple divorced in 1982. And just yesterday, oil tycoon Michael Prest lost his fight to keep his former wife from getting a share of the assets held by companies he controlled.

When Murdoch divorced his second wife in 1999, she was awarded $1.7 billion in assets. However, as the couple lived in California, a community-property state, she could have received half of the Murdoch fortune (then valued at more than $7.8 billion), according to The New York Times.

She didn’t, due to Murdoch’s preparations before they got married, precautions it’s believed he also took before his marriage to Deng.

“If your partner becomes involved in your business, it must be on a proper contractual basis,” he said. “Otherwise, there’s a concept called ‘constructive trust’. If a person helps out with paperwork but isn’t appropriately remunerated for that, they can say they were a true partner in the business.”

But even so, the partner who is less involved in the business — even if they can get out of a prenuptial agreement — is often at a disadvantage when it comes to the dividing of assets, says Tindall Gask Bentley partner and divorce lawyer Jane Miller.

“Say the husband’s the one who is the CEO and the wife’s role has been much more of a support one. She might not have a good understanding about the businesses’ income, and how much the business is worth, and that can affect how much she ends up getting.

“While waiting for the property settlement, you sometimes see one of the business owners try to run down a business, or cook the books so it doesn’t look like it’s doing so well. There’s a lot of scope to manipulate the situation.”

In Murdoch’s case, it’s his third marriage breakup. We can expect him to have availed himself of the best legal advice money can buy, leaving Deng at a significant disadvantage.

But she might have one card to play. As Michael Wolff wrote in The Guardian this morning, she has been Murdoch’s closest confidante for years. No doubt he’s a man with much he’d rather be kept private. And Deng knows all his secrets.

Pinterest, which has the biggest online buzz of all the social media sites right now, is ideal as a marketing tool for start-ups given that it’s low cost and relatively hassle-free, writes Nina Hendy.

There's plenty of examples of celebrities struggling with social media (Stephanie Rice, anyone?), but that doesn't mean your own business should avoid interacting with customers online. Oliver Milman offers his best business tips.

The non-investor guide to investing

So you want to make millions on the stock market. Well, Gawker offers up its guide for the average investor in 2001, with tips such as don't assume your financial planner is a good adviser on financial risk and do hold on to them until you are old and in need of money.

Good move Ms Weng. It would be like living near North head in Sydney. You get used to the smell of the stuff leaving the sewer plant eventually, but its the view that is really hard to take.
She deserves compensation for that alone

He may be every businessman’s role model at divorce-proofing his companies but is unable to divorce-proof himself.

Where, in life, did I go wrong?

Some are asking is Rupert gay?

“leaving Deng at a significant disadvantage.” I would think that Deng’s “disadvantage” would be very tidy indeed. Not bad work if you can get it.