Jeanette Newman, the wife of Tony Abbott's business tsar, is involved in organising a rally against wind farms in NSW. 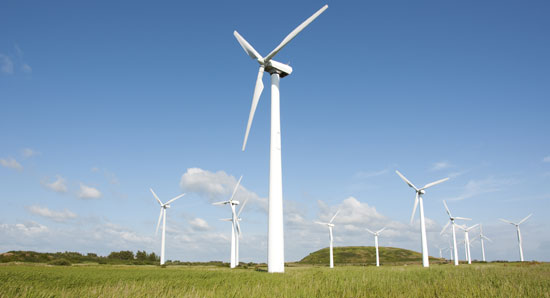 A leaked email has revealed the deep involvement of the wife of Opposition Leader Tony Abbott’s business tsar, Maurice Newman, and a blue-chip corporate consulting firm in a “Convoy of No Confidence”-aping anti-wind farm rally set down for Parliament House on Tuesday.

The email, obtained by Crikey, was sent by Jeanette Newman last month to Linda Pahl, the wife of Sydney-based Bluegrass Consulting’s Rodd Pahl. The email was headed “THE NIGHTMARE COMES TRUE”, and in it Jeanette Newman, who likens her struggle to that of US whistleblower Erin Brockovich, issued a rousing call to arms:

“It is imperative that as many people as possible attend. A poor attendance will be taken by politicians and the wind industry that we are conceding defeat. Whilst not true, that will be the perception and it will be shamelessly used against us to undermine our credibility.”

Both the Pahls and the Newmans own property in the vicinity of proposed wind farms near the rural NSW squattocracy centres of Crookwell and Collector.

A separate email chain, also obtained by Crikey, shows the Pahls’ involvement in a “Friends of Collector” group set up to fight wind developments near their estate.

Yesterday, The Guardian Australia reported that Maurice Newman, who will head the Coalition’s Business Advisory Council in the event of a Coalition victory on September 14, vowed he would agitate to scrap the bipartisan Renewable Energy Target (RET), which mandates 20% of renewable energy by 2020. Newman is a former chairman of the ABC and the Australian Securities Exchange. He is a climate change sceptic and is a long-time supporter of anti-wind farm campaigns. In April, Newman hosted a meeting of anti-wind farm group the Crookwell District Landscape Guardians, where he warned the Coalition might not bend to his demands.

An anonymous website, Stop These Things.com, registered to a Texan web domain rental operation, has recently cropped up to plug the rally, which will likely be attended by anti-abortion Senator John Madigan, climate change sceptic and soon-to-be-former Senator Ron Boswell, soon-to-be-former Liberal MP Alby Schultz, Liberal Senator Chris Back and Hughes MP Craig Kelly, who told federal Parliament in 2011 that drinking chardonnay was one answer to global warming. Shock jock Alan Jones will serve as master of ceremonies.

The involvement of well-heeled upper crusters in the wind farm debate is widespread. Well-placed sources have confirmed the family of BRW Rich Lister and Flight Centre co-founder Bill James has been involved in a fight over a proposed wind farm on the Bass Strait cheese hub of King Island.

James, alongside fellow founders Graham Turner and Geoff Harris, reaped $620 million from their stake in the listed quasi-monopolist after its stock price soared to over $30 in the eight months to February. According to BRW, James is worth $405 million.

Last month, Crikey revealed that blue-chip Sydney PR firm Wells Haslem — whose directors had previously assisted the Exclusive Brethren, James Hardie, Scientology and Lord Christopher Monckton — had been paid tens of thousands of dollars by the No Tas Wind Farm Group. Last Friday, the ABC reported James, who is not commenting publicly on the issue, had helped fund the expensive advice.

Alan Quixote & the Convoy of Flatulence. Bring it on. Can’t wait to see the “Trouble at Mill” signs.

“… will be shamelessly used against us to undermine our credibility.” Jeanette Newman is doing a pretty good job of that herself.

How is it the landscape guardians revile wind where there is no evidence of harm, but have no problem with coal where the negative health effects are well documented or the farmers based lock the gate movement against coal seam gas?

Because they are an astroturf organisation with close links to the IPA (funded by fossil fuel) & Liberal party.

“He is a climate change sceptic…”. Burn the heretic at the stake with all the others who don’t have the faith!

Tell them all to come and live in Victoria. Our Govt has made sure that no wind farms are built down here. We just love our coal burning power stations so much that we remove any alternative for clean renewable energy. Welcome Luddites!