The Fair Work Commission has ruled that a Melbourne IT worker should be allowed to return to work part time following her parental leave. Will the decision have a wider impact on working parents? 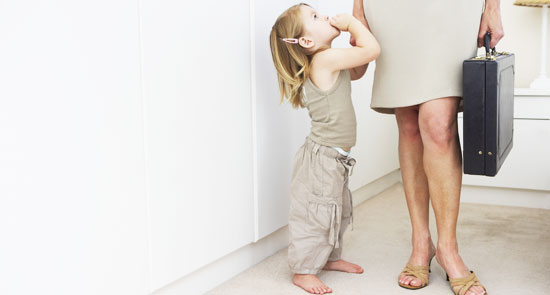 A recent decision in the Fair Work Commission has the potential to reshape the way employers think about part-time and job-sharing options for workers, including highly skilled parents returning from parental leave. The decision handed down last week by Commissioner John Lewin might even have implications parents who are not the primary caregiver but want to participate more in family obligations, according to a lawyer involved in the dispute.

Hanina Rind, an IT specialist from Melbourne, was employed by the the Australian Institute of Superannuation Trustees on a full-time basis in the position of database/IT systems administrator in the company’s Spring Street, Melbourne, office.  The company refused to grant Rind’s request to work three days a week after she returned from unpaid parental leave following the birth of her second child. Greens Melbourne MP Adam Bandt told Crikey: “Even with a comprehensive enterprise agreement in place, Ms Rind was sacked when requesting part-time employment, highlighting the challenges faced by women returning to work. The decision reinforces the need for a legal right to appeal if an employer unreasonably refuses flexible working arrangements.”

Lewin ruled that AIST’s refusal to grant Rind’s request to work three days per week was not reasonable, referring to the company’s enterprise agreement:

“There is a presumptive element to the provisions of … the agreement such that an employee returning from unpaid parental leave will be able to work part time until the child in respect of which the leave was available reaches school age, unless there are reasonable grounds upon which that part time employment can be refused. Those grounds must be objectively based and objectively judged.”

Being a highly skilled employee, Rind pleaded with AIST to consider part-time option until her second daughter was old enough to go to school. AIST refused this option because in her absence her role had been contracted to an external service provider for 12 hours per week, and this had not proved entirely satisfactory to the company.

However, the commission found:

“Ms Rind’s request to work part time for three days per week would most likely have provided a greater number of hours of work performing the Database/IT Systems Administrator role than are currently provided by the contractor service provider. Ms Rind, in my objective judgement, could have more than adequately replaced the external service provider had her request been granted. Rather than making Ms Rind’s return to part time work conditional upon recruitment of another part time employee, which in my objective judgement was unreasonable, it would have been reasonable to have Ms Rind return to work for three days a week in late January. If the further resources were required that could have been achieved by subsequent recruitment or contracted services. However, it is clear that the Company has continued to provide part time equivalent performance of Ms Rind’s role.”

AIST’s mission is to protect the interests of Australia’s $450 billion not-for-profit superannuation sector, and interestingly it has set targets for members to increase the number of women on their boards.

Former tax office senior lawyer and now human rights advocate Serene Teffaha, who appeared for Rind at the commission, thinks many employers can easily claim they have considered the part-time or job-sharing option for parents returning to the workforce. “In fact, a forensic examination of the circumstances would reveal that employers never intended to retain the service of the returning mothers or genuinely explore part-time or job-sharing options. In many instances, generic, rather than substantiated, reasons are provided by employers for ultimately rejecting these options,” she told Crikey.

The decision is in line with announcements by the Labor government this year.  The right to ask for flexible hours or other working arrangements currently only applies to some parents, but the government is planning to specifically include that right in the Fair Work Act and significantly broaden its scope. A spokeswoman for Employment and Workplace Relations minister Bill Shorten told Crikey the Fair Work Amendment Bill 2013 “had passed the House of Representatives last week, and we are expecting it gets passed in the senate in the next couple of sitting weeks with a starting date of 1 January or 1 July 2013”.

The Greens have also introduced a bill to help employees have a better work/life balance.

Lewin has clearly recognised the significance of the government agenda and stated this in his decision:

“While an opportunity for part-time work on return from parental leave might not long ago have been considered a fortunate privilege, in my judgement, contemporary circumstances require a different view. Indeed, the importance of parental leave and in particular leave in relation to maternity has become a matter of vital public interest in various ways reflected in the Act and in the Award system. The matter variously attracts general legislative proposals in the public interest. Entitlements of employees are likely to vary and will be of great importance to pregnant women who conceive children while in employment.”

Comments were sought from the Minister for the Status of Women Julie Collins but she did not respond to questions.

When will this end?