While other US allies demand answers on the Edward Snowden revelations about mass US surveillance of private citizens, the Australian government wants the whole thing to go away and tells us there's nothing to worry about. Fail. 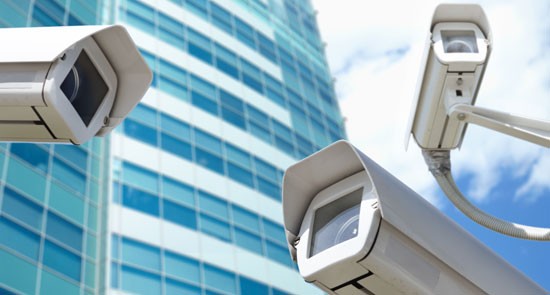 The official Australian reaction to the revelations of the full extent of the Obama administration’s surveillance state — surveillance planet, perhaps more accurately — has been underwhelming even by the standards of a US vassal state.

Foreign Minister Bob Carr’s response on Meet The Press to whether Australians should be concerned that the US National Security Agency has been secretly conducting mass surveillance via internet services the majority of Australians routinely use was “I wouldn’t think so”.

Carr — Americaphile and long-term source for US diplomats — appeared to be reading from talking points sent straight from the State Department. “There’s no country that takes the rights of its citizens more seriously than with America, with that focus, through its Bill of Rights and its Supreme Court, on where individuals stand in relationship to government,” he went on to claim. “It’s a lively political system in America.”

In fact, the accurate description of the role of the political system in the US on mass surveillance has until now been “supine”, with most members of Congress either content to remain indifferent to the extraordinary overreach of national security agencies in the US and the secrecy the executive branch has cloaked it in, or active collaborators in it. Intelligence committee chair Dianne Feinstein’s anger about the revelations wasn’t about the NSA conducting mass surveillance, but that Americans had learnt about it. That reliable terrorism expert, Republican Congressman and IRA supporter Peter King, wanted both Edward Snowden and journalist Glenn Greenwald put on trial.

While some libertarian conservative representatives and senators are now speaking out in the US, only Democrat Senators Ron Wyden and Mark Udall have consistently pushed back against both the secrecy demanded by the executive and the extraordinary powers given to national security agencies (overnight, they released a statement in effect calling bullshit on the head of the NSA’s claim that “dozens” of terror attacks had been stopped by mass surveillance programs).

At least the fact that Director of National Intelligence James R. Clapper (whom Roger Wegener pointed out on Twitter has an Order of Australia award) blatantly perjured himself when he lied to Congress under oath about the non-existence of mass surveillance by the NSA appears to have upset US politicians.

So much for Carr’s encomium of a country that takes the rights of its citizens more seriously than any other. Perhaps he should ask Foggy Bottom for some less hokey-sounding talking points.

Then there was our Attorney-General Mark Dreyfus’ response to proposals to require greater accountability for law enforcement requests for telecommunications data, which they can currently access without a warrant (this is related to the data retention issue: the fact that companies are increasingly not keeping such data is of concern to law enforcement and intelligence agencies, which want to require companies to keep that data so they can access it).

“Apparently it’s possible to be a US ally and not do the equivalent of sticking one’s fingers in one’s ears and yelling until the subject goes away.”

Dreyfus dismissed the proposal in a 7.30 report, saying that “law enforcement in Australia would grind to a halt”. Dreyfus may have made more expansive argument that was edited by 7.30, but it hasn’t appeared elsewhere. And there is a significant debate to be had about the impact on law enforcement of requiring a warrant for something that is currently done hundreds of thousands of times a year just by filling in a form. But Dreyfus appears unwilling to have such a debate, possibly because his department is currently engaged in trying to dramatically expand surveillance and law enforcement powers, not provide more accountability for them.

Dreyfus of course also declined to reveal the extent to which Australian intelligence and law enforcement agencies use data obtained by the NSA, although given the close cooperation between Anglophone intelligence agencies, the answer is almost certainly that Australian agencies make extensive use of it.

And yesterday there was, arguably, the worst moment: the response of the Privacy Commissioner, Timothy Pilgrim, to concern about US spying on Australians. There were two aspects to Pilgrim’s statement. He correctly pointed out that the circumstances in which the Privacy Act covers practices outside Australia were limited and didn’t extend to “the acts and practices of overseas government agencies”. This reflects the simple reality of legislation: the privacy commissioner is charged with undertaking functions identified in the Privacy Act, and has no authority to act beyond these. But Pilgrim also made this observation:

“the right to privacy is not absolute — it must be balanced against other important rights and ideals, such as freedom of expression and national security. In Australia, the federal Privacy Act and telecommunications laws recognise this and include a number of exemptions and exceptions for intelligence and law enforcement agencies and their activities.”

It was a bizarre statement, the addition of what seemed to be personal opinion to what would otherwise have been an uncontestable, if not particularly popular, fact about his legislative remit. Here was the man charged with ensuring the legislated privacy protections Australians are supposed to enjoy are upheld explaining why national security should trump privacy.

If indeed Pilgrim holds the opinion that privacy ranks so low in the order of government priorities, then he’s evidently a poor fit for his current job and should consider a shift to Attorney-General’s, or an intelligence or law enforcement agency where his priorities would be more welcome.

While the Australian government was collectively shrugging its shoulders and insisting there was nothing to see in the Snowden revelations, other governments were less sanguine. The UK equivalent of the Joint Committee on Intelligence and Security is travelling to the US on pre-arranged business and will be raising the matter with their counterparts. The European Commission’s vice-president has written to US Attorney-General Eric Holder demanding answers ahead of an EU-US meeting today. Pilgrim’s Canadian counterpart has launched an investigation of Canadian use of PRISM surveillance data and possibly the US program’s impact on Canadians as well. Germany’s Justice Minister attacked the program.

Apparently it’s possible to be a US ally and not do the equivalent of sticking one’s fingers in one’s ears and yelling until the subject goes away. The Australian government should take note.

I think you will find that the government’s reaction was simply a parsed response to the mainstream popular one, which is agreement with the system’s modus and intent, an acceptance of Obama’s defense of it and an appalled opprobrium at Snowden’s treasonous behavior.

“Apparently it’s possible to be a US ally and not do the equivalent of sticking one’s fingers in one’s ears and yelling until the subject goes away. The Australian government should take note.”

But that would mean taking our collective tongues out of the back of the Yanks trousers, as Mark Latham so similarly and elgantly put it a few years ago.

Seriously Bernard do you really expect anything like independent thought about the US from our so called leaders?
They are such a pathetic bunch on both sides of the house I expect very little and am pleasantly surprised when any one of them does anything vaguely appropriate.

And the ALp wonder why they will get trashed at the next election.
ALP stand for nothing and are just USA puppydogs.
Bob Carr’s comments are a joke.

Maybe if Gillard stood up for once and said to USa its not on she wouldnt be the butt of some many Murdoch/Abbot team jokes.

While the MSM goes on the usual wild goose chase to track down very detail of Mr Snowden’s life (and that of his family, god help them) Crickey’s Keane has kept his eye on the real story: our big ‘friend’ treats our privacy with contempt, lies to cover this up, and finesses our politicians into just rolling over for them.

Thanks Bernard, you might despair at just how useless and supine most Australians are, but some are very appreciative of your labours.

Of course, because of the worthless and craven colonial mentality our “leader”, and a lot of our population, have. Swapping England for the US as a super-power to look/suck up to, instead of making an effort to become an independent and globally contributing nation.