All the latest tips and rumours.

Turnbull mulls NBN moves. One of the hottest issues following the Coalition’s (seemingly inevitable) election victory will be what Opposition Leader Tony Abbott and opposition communications spokesman Malcolm Turnbull will do with the top brass at the National Broadband Network. It’s no secret that many in the Coalition aren’t fans of current CEO Mike Quigley and would like to see him gone. Now Crikey hears that advisers from Turnbull’s office have briefed senior business leaders that Quigley will be replaced by former Telstra Bigpond boss Justin Milne.

It would certainly be a logical move: Milne worked as head of datacasting at OzEmail when Turnbull was chairman and eventually rose to become CEO. And the telecommunications industry veteran recently rated the Coalition’s fibre-to-the-node plan as “vastly more sensible” than Labor’s broadband policy, which he has criticised as too expensive.

We also hear Turnbull’s staffers have been predicting Telstra’s executive director of media, applications and user experience, JB Rousselot, will be the NBN Co’s chief financial officer. The French-born Rousselot, who was reportedly inspired to move to Australia after meeting Turnbull on a skiing trip, formerly worked at OzEmail and Turnbull’s boutique advisory firm.

The issue certainly seems to be a sensitive one inside the Coalition. Crikey sent a series of question’s to Turnbull’s media officer yesterday afternoon. Within half an hour, Turnbull himself, fresh from another leather jacket-clad appearance on Q&A, was on the blower to hose down the story. Turnbull was adamant that our information was “untrue”, saying: “No commitments have been made to anyone.” He would not comment, however on whether the Coalition could guarantee Quigley would keep his job under an Abbott government.

This morning, SmartCompany journo Myriam Robin received a statement from none other than Susan Toffler, the twice Emmy-nominated media booker now managing public relations for the prince:

The statement went on to criticise Forbes’ “deliberately insulting and inaccurate description of the business community in Saudi Arabia”, as well as the “irrational and deeply flawed valuation methodology” used in the billionaire’s list, which is “ultimately subjective and discriminatory”.

Fairfax digital subs woes. Tips has been covering Fairfax’s new digital subscriptions for a while now, and readers are still sending in complaints about how the process is being implemented. Overseas readers were the first to require a subscription, with one reader, who signed up in March, revealing this:

“Received an email this week telling me my subscription had been cancelled due to ‘problems processing your payment’. Rang subs and told them my US credit card was still very alive and very much in credit. Rep told me eventually there was a bug in the system and I should not have been cancelled and that I should just re subscribe. Suggested maybe they should send out a follow up email to affected subscribers explaining this. Oh hum.”

Sounds frustrating. Fairfax reader Mark already gets the digital edition of the paper, but is not impressed with the new offerings. He explains:

“As an existing subscriber and early adopter of their digital offerings (I take only the digital editions), I currently pay just $18 every four weeks (which is, no doubt, a bargain). Suddenly I find that I’ll be charged $25 every four weeks.

“All of which means that my access to The Sydney Morning Herald website is now going to cost me $7 per month even if I don’t look at 30 articles per month.

“I’d have thought that the least they could do for those already been paying them would be to maintain current charges while the gouging process for new subscribers began.

“They’re really testing my loyalty, especially considering that by simply using one of hundreds of news aggregation apps (I use NewsLoop), I can still get all the news, sport and weather I need — even using The SMH, The Age, Canberra Times, and all the News Limited sites as any number of several worldwide sources — for free.”

As another Fairfax hard copy subscriber added: “I suspect their IT is pretty crap.”

We don’t doubt it (although frankly we never want to be too pointed about other people’s IT troubles). Are you encountering any issues with Fairfax’s digital subscriptions? Tell us all about it … 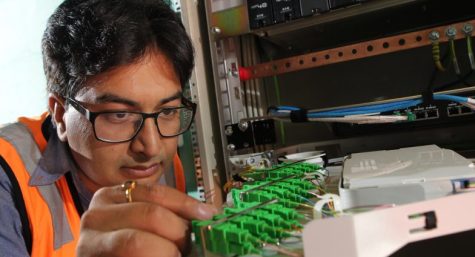