What can you do to avoid the all-seeing eyes of the National Security Agency? Here are some tips, but the real answer is: not a whole lot. 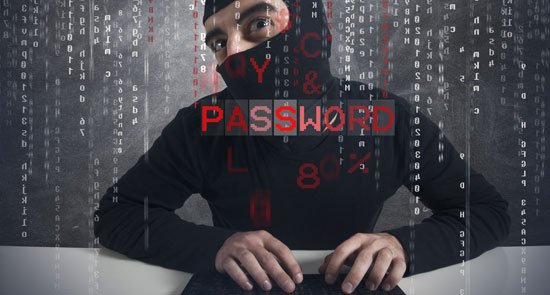 The internet is awash today with handy click-magnet lists of software and tips to stop the National Security Agency spying on your online activities and phone calls after it was revealed the US spy agency had access to a vast amount of its citizens private data. This is not one of these lists. I’ll give you a list, sure, but then I’ll explain why it can only be the very, very beginning of your path to becoming the James Bond of your laughable fantasies.

Anyway here’s the list. Other handy hints can be found in Slate on Friday, The Washington Post, The Guardian and others.

The key problem with all of that? Imagining that security can be fixed by sprinkling some “magic security dust” technology, as infosec megastar Bruce Schneier puts it (he literally wrote a textbook on this, Applied Cryptography).

“Using encryption on the Internet is the equivalent of arranging an armoured car to deliver credit card information from someone living in a cardboard box to someone living on a park bench.”

No matter how well you encrypt the “data in transit”, every communication has two endpoints. Those endpoints are the way in. In his subsequent book Secrets and Lies, Schneier quotes another security megastar, Gene Spafford, on the pointlessness of this focus on data in transit:

“Using encryption on the Internet is the equivalent of arranging an armoured car to deliver credit card information from someone living in a cardboard box to someone living on a park bench.”

No matter how well you use tools like Tor, there will still be a record of your location somewhere. As American Civil Liberties Union chief technologist Chris Soghoian told the WaPo: “The laws of physics will not let you hide your location from the phone company.” And while Tor may help stop tracking via your web browsing, what about all the other software you use? And what about the people at the other end of your communication?

Even if you can’t be tracked constantly, the NSA doesn’t need much to identify you by cross-matching your movements with other records. Research has shown that fewer than a dozen time-and-location data points will do the job. Similarly, everyone has a unique pattern of communication with friends, family and colleagues.

So you thought you could go up against the NSA — an organisation with an annual budget of maybe $8 billion, a 60-year heritage of developing secret high-tech snooping gear and vast supercomputers and tens of thousands of best-and-brightest employees, including the world’s largest collection of actual mathematicians — armed with nothing more than a list of tips from the Huffington Post and an adrenalin rush? Well done.

Loved the rising crescendo of that second list.
Finished off by a beautiful summary in the last para.

This is all very defeatest. You can do something you can let the government know that this kind of privacy invasion is not acceptible. Lobby for greater transparency of intelligence services and fight the government whenever they attempt to loosen the contraints on local intelligence gathering capabilities. If the government doesn’t listen vote for a government that will.

Of course as a foreigner using US services none of this will stop the NSA tracking your every online move even if you succeed in convincing Bob Carr to care. So assuming the local intelligence agencies aren’t feeding our data directly into the NSA databases. It’s probably a good time to be (or become) an Australian cloud service provider.

Yeah, we’re pissing in the wind if we think we can circumvent such surveillance with a VPN or TOR or anything else. I know that with a VPN that you have to get out of it before you send an email which has made me wonder if that is really because of the need to have the sender’s IP there in the meta data, not the IP the VPN provider has supplied you that session.

The only way I think we can overcome this creeping corporate fascism masked as governmental is to keep pressuring those meant to represent us to ensure that both the laws and the oversight are there in their fullest extent.

I still like the list that makes the NSA bored with your email – via Gandhi – be open about your cause and be non violent. That still leaves a lifetime of activity to pursue.