Observers are celebrating Myanmar's recent steps towards reform and a new openness, including Aung San Suu Kyi's decision to run for president. But can she create the change needed, or is Myanmar too far gone? 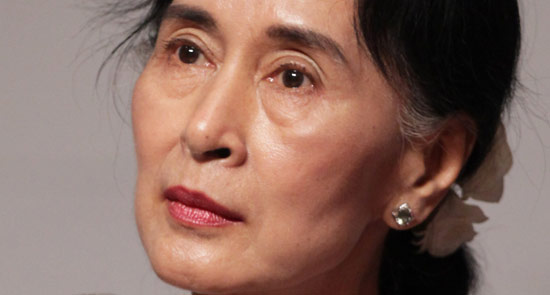 Myanmar’s transition from authoritarianism has been given a boost by the announcement at the World Economic Forum meeting in Naypyitaw that Aung San Suu Kyi run for the presidency in 2015. Yet despite this unsurprisingly news and the world’s increasing acceptance of this once pariah state, deep structural problems look set to challenge the country’s reform process.

Myanmar must change its constitution to allow Suu Kyi to run by removing a ban on political leaders with family abroad. But this also applies to senior members of the current government, so that change is expected.

Myanmar’s recent seven-point agreement signed with the Kachin Independence Organisation (KIO) has also been a step in addressing challenges to the country’s reform process. However, the agreement is, to date, just an agreement to limit fighting and to discuss a ceasefire. It is not yet a ceasefire, much less a comprehensive peace agreement. International reports of its success have been greatly exaggerated.

Sporadic fighting also continues in Shan State South, and the Wa and Kokang autonomous regions continue to run narco-territories in the north-east of Shan State. These are now based mostly on amphetamines, which have largely replaced the more vulnerable opium.

The cultural and economic divide between the ethnic majority Bama (Burman) and Myanmar’s numerous minorities, including the 12 “ceasefire groups”, remains as wide as ever. The people of central Myanmar continue to face serious poverty, but the outlying ethnic minorities experience even more debilitating conditions.

Lack of education is arguably the biggest problem facing the ethnic minorities, with Burman language teachers either refusing to work in non-Burman areas or leaving soon after they arrive. Without education, much less in a language they understand, minorities remain trapped in a vicious cycle of poverty and alienation. This, in turn, pushes them into illegal trade and drives armed resistance to the government.

With continuing armed threats to the state, the army — the Tatmadaw — continues to be the state’s institutional centrepiece. This is what led to the military’s seizure of power five decades ago, and it  continues to insinuate itself into Myanmar’s “reformist” future. Suu Kyi is seen as leading the reform movement, but her views on Myanmar’s ethnic problems and the unity of the state places her closer to the military than to most ethnic groups.

As with many developing countries, the Myanmar army is deeply involved in its own business interests, both to fund itself and to enrich its officers. As Myanmar opens to the outside world, military businesses are partnering with outside companies to take advantage of the new economic openness. The “reform” process makes good business sense to the country’s military and business elites, and this alone will ensure greater economic openness. It also reduces military accountability to a civilian government.

And not all are happy with the pace or direction of reform. While reflecting historical anti-Muslim sentiment, last week’s anti-Muslim rioting in Lashio and recent rioting in towns between north of Yangon up to Mandalay and, of course, in Rakhine State, is believed to have been organised by forces wishing to limit the reform process.

Such forces include Tatmadaw recalcitrants, but also associated business interests and the more chauvinistic of the Buddhist community, notably under the banner of the ultra-nationalist ‘969’ movement. In this contest for Myanmar’s future, the country is very unlikely to return to its dark past. But the reform process may not go as far as many are suggesting, or would like.

The path of Myanmar’s change is increasingly being acknowledged as less than direct, with a number of detours, an occasional dead end and some unhelpful excursions along the way.

After the 2015 elections, Myanmar is likely to have a more representative and less overtly military dominated government. But, until or unless it can resolve its ethnic issues, its reform process may remain crippled by the defects that are characterising its birth, President Aung San Suu Kyi or otherwise.

* Professor Damien Kingsbury is Director of the Centre for Citizenship, Development and Human Rights at Deakin University. He is currently in Myanmar.

In our Burmese saying, ‘whatever the rules may said, if one has a good rapport with the person then rules can be bended if not mended’ (lugo khin yin mu go pyin de) . Daw Suu becoming a president also has to be looked at in that perspectives. Before, it was the military that was against her. Now, the military inviting her, both a female and a civilian, to their exclusive ‘Tatmadaw Day’ celebration must be said as going against their grain.

A big ask of Suu, who has little admin resource in her party and not much in the way of new thinking in her team. Lets see how the various coalitions emerge and how people like Shwe Mann or wider possibilites such G88 folk enter the electoral mix.
The army is not now and never was homogenous. Its constituents may be quite varied in the coming years.

The country is Burma. “Myanmar” is a word foisted on it by a gang of unelected thugs. Only a government freely elected in an honest election has he right to change its name. Foreigners don’t.

Dion: The country is Myanmar, and always has been. “Burma” (or rather Barma) is the same word in everyday speech.