We're delving into the seamy side of life today. Andrew Crook brings you the inside story on the spin-masters who'll help decide the federal election -- but is one a dud? Plus the government department taking away your rights, and the curious campaign to censor art in Melbourne. And for some good news, fresh data shows iron ore is keeping the economy on an even keel ... but can it last? 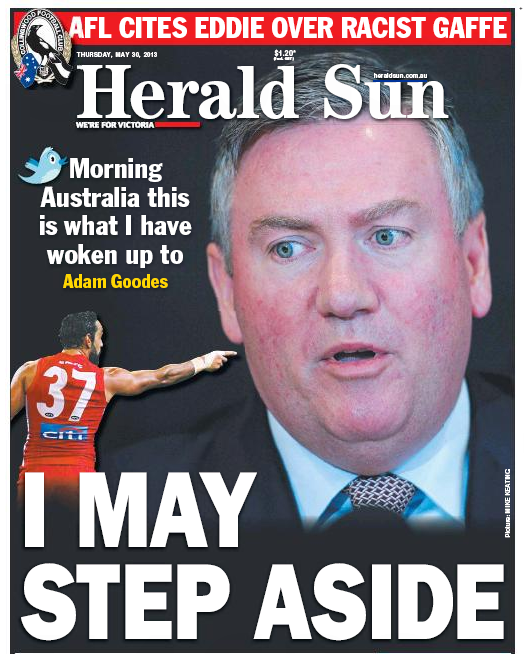 In question time in the House of Representatives, on average, just three in every 1000 questions cover indigenous affairs. Media coverage of this fact = almost none.

Crikey has teamed up with Bond University students to trawl the parliamentary records for this term, from Parliament’s first sitting until the day the election date was named on January 30 this year. As published in Crikey today, the students uncovered this startling fact: indigenous affairs is apparently so unimportant to our federal MPs they can rarely be bothered to ask about it. Think of all the ridiculous, partisan nonsense raised in question time — by all sides. And apparently there’s no time for indigenous issues.

The treatment of Aboriginal Australians and the disadvantage and racism that Aboriginal people still encounter is shameful and should be a major priority for our federal politicians.

Just don’t blame Eddie for everything. The celebritisation of this issue should be resisted; it’s about more than a few famous individuals. There are people who have more responsibility to act on indigenous affairs than a football identity / media tart — and they’re going to file into question time in Parliament House at 2pm today.

My god you guys are boring. 70% of Australians are focused on ridding this country of the political correctness straight jacket imposed by Labor and you nut jobs remain a lone voice asking for it to be tightened? Do you have any subscribers left at all?

I read this and seems I had similar sentiment to Michael. Political correctness has so blinkered the Gillard Government that it has become totally oblivious to reality. I expect you guys did it to play devils advocate but right now the mood is so ‘I am over this bs’ that clearly you are not going to get many bites. If you are looking for angles why not go for some of the real issues to be faced by the incoming Abbott Government. At this stage they are going to have such a mandate someone has to keep them accountable.