Following the death of Yothu Yindi frontman Yunupingu, media outlets are left wrestling with the question of whether or not to publish his first name. 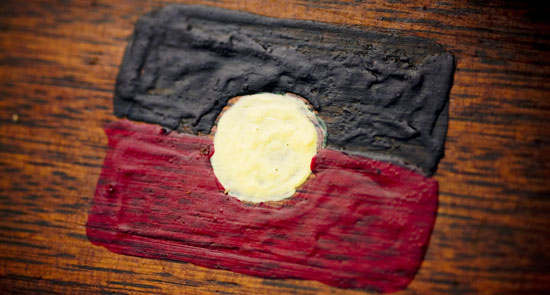 It’s a simple rule — and one that’s been repeated many times. When an Aboriginal person dies, it’s safest not to report his or her personal name or to publish an image of them unless their family or community has given permission to do so.

Yet when news broke on Sunday night that the lead singer of Yothu Yindi had died, the man’s full name and image was all over the web. And not just in the “badlands” of social media. Australian Associated Press, the ABC, Fairfax, News Limited and Crikey all identified the man. Several sites ran extensive photo galleries.

By 11.45am Monday the word had gone out from the Northern Land Council: “Just got word from the family of the former lead singer of Yothu Yindi. They have been most upset at the use of his full name and images and ask that: ‘Media use his surname ONLY and no image. Thank you.'”

That message led most mainstream media sites to quickly strip the images from their websites and refer to the Arnhem Land man only as Mr or Dr Yunupingu. But not everyone got the memo (or paid attention to it). Free News Limited paper mX,handed to commuters boarding afternoon trains, ran photos of Yunupingu and his first name on its front page. The Ballarat Courier and The Warrnambool Standard published pics of him in their print editions today; The Centralian Advocate in Alice Springs ran his full name.

In its first edition — which goes to the Northern Territory — The Australian ran a photo of Yunupingu from behind. Its metro editions featured a front-on photo of him performing on stage.

“Our position is we try to comply with family requests,” The Oz‘s editor-in-chief Chris Mitchell told Crikey this morning. “Galarrwuy [Yunupingu] is a personal friend and close to Nic Rothwell, but he was uncontactable and grieving with the body so we complied with the NLC request for papers into the territory. This issue is not a blanket prohibition. It differs from place to place and from one tribal group to another.”

(According to this fine set of cultural guidelines by former NT journalist Chips Mackinolty, it’s safest to assume the rule applies across the Northern Territory and many parts of South and Western Australia.)

Mitchell admits, however, that more care will have to be taken online — where breaking news travels across state borders and the race to publish first is ferocious. While many media style guides note the prohibition, there’s low awareness of it in many newsrooms — especially outside the NT.

Of the major papers, The Age appears to push the boundaries the furthest with a front page spread featuring a shadowy illustration of the artist next to a sunset.

“I think in this day and age, this social media day and age, we know the name will be everywhere,” he said. It’s a long-standing position for Stutch. When he was editor of The Australian in 2005 Stutchbury defended the publication of the full name of an Aboriginal man, telling Media Watch the paper’s first duty was to inform its readers.

The Australian‘s former Northern Correspondent Paul Toohey was even more strident in 2001, writing:

“Respecting Aboriginal culture should not involve pretending you are a part of it — in fact, the opposite could be argued. There is something fraudulent about such superficial attachments to Aboriginal culture when, after all, these same people don’t send their sons off to be circumcised by the elders or live in two-room tin shacks with 15 people.”

The issue certainly presents a dilemma for editors and news directors. The prohibition on images and names could, in some cases, lead to the deaths of well-known Aboriginal people not getting the coverage they deserve.

Nevertheless, NSW Labor MP Linda Burney, who is Aboriginal, was adamant on Q&A last night that the prohibition is “deeply important” and that “big news outlets should respect that and work out a way to do the honouring without insulting his family”.

Despite Stutchbury’s Q&A comments, the AFR did not publish Yunupingu’s full name or image today. He told Crikey this morning:

“My view remains that outlets such as the Financial Review should be sympathetic to family requests involving the deceased. However, the media also has a broader responsibility to fully inform readers of matters of legitimate public interest, such as the death of a prominent Australian. In this case, it proved to be relatively easy to reconcile the two. Our coverage left readers in little doubt over Mr Yunipingu’s identity but also met the requests of the family not to use his first name.”

According to the ABC’s head of policy Alan Sunderland, ABC reporters named and used images of the singer to avoid confusion with his other well-known relatives. The reporters had checked with close family friends and stopped using the name or image when informed the family had been offended.

“The issue is a significant and challenging one — balancing the wishes of the family and cultural sensitivities with the need to tell a story to a wider audience and pay fitting tribute to a prominent Australian,” Sunderland said. “These things are worthy of proper consideration and judgement in each and every occasion when they arise.”

It was intriguing to watch Michael Stutchbury guffaw his way around the question of cultural matters.

It’s not surprising since the Financial Review hasn’t been able to find anyone decent to file arts related stories since Katrina Strickland and Brook Turner moved on.

I was bemused by footage on the ABC’s Lateline where the deceased’s face was blurred but there were images of his body. Most peculiar. Best not to run the footage methinks.

So is it OK to show vision, but blur the face? That’s what ABC television news did, including non-blurred shots from behind.

Paul Toohey sounds like a twit who needs to get over himself. I think it’s important to try and respect the cultural practices of others and admit when you make a mistake. It’s not such a big deal for the media to do but I accept that many probably weren’t aware of it.

If the media can’t heed cultural sensitivities, why should anyone else?