News Corp will no longer be listed on the London Stock Exchange -- what will that mean for the new print company after the amicable divorce? 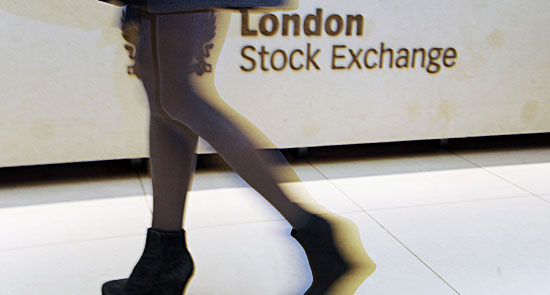 More housekeeping in Rupert Murdoch’s family company. Ahead of the great man’s arrival in Australia to sell the virtues of his biggest divorce, News Corp late last week announced it had tired of being a listed company on the London Stock Exchange, its first port of call when the Sun King outgrew Australia and fled to London (along with a host of fellow Australians) to make his fortune and achieve global fame.

News Corp’s leaving the London Stock Exchange leaves the US listing in New York and Australia as its “home exchanges”. But you have to ask, will Australia follow London when the great split happens?

But the other company — the 21st Century Fox group, which will house the film, TV and other content business, as well as 39% of BSkyB — will retain the old News Corp’s listing in New York. But will it remain listed in Australia? There’s no obvious reason to, it doesn’t have any assets here.

The future listing locations should become clear at tomorrow’s briefing for Australian buy and sell analysts and fund managers in Sydney. It follows one held in New York last week that failed to impress many analysts about the valuations of the print assets and the virtues of the new News Corp as a media investment vehicle. The briefing will run for four hours on Wednesday from 1pm.

A big question for the briefing will be the real value of the new News Corp’s print assets. The company had assets of $US18.59 billion at the end of March, according to its latest SEC filings in late May (that’s before the net impact of the writedown in the Australian print assets of $US1.2 to $US1.4 billion). That could reduce net assets to around $US17.2 billion. Australian print assets lost $US265 million in revenues in the nine month to March 31 and close to $US500 million if you include 2011-12.

No details on financial results (profits?) for the Australian papers were provided in the various SEC filings by the new News Corp, or the impact of the drop in revenue on earnings.

In addition to the revenue losses (which averaged nearly $US30 million in the nine months to last March), much of the $US231 million of restructuring charges in the nine months was spent on the Australian newspaper business. With the $US1.2 to $1.4 billion in writedowns for the Australian newspapers, total losses here from the write-offs and costs of sacking staff and closing facilities will exceed $A1.7 billion in the year to June.

Last week New York analyst, Gabelli & Co analyst Brett Harriss estimated (before the news of the goodwill impairment) the newspapers in Australia have an estimated value of $US1.8 billion, while Dow Jones’s value is estimated at $US1.5 billion. In the March quarter, News Corp reported a 35% drop in operating income for its publishing division because of lower advertising sales at its Australian newspapers.

The pressure is now the new News Corp directors to either support or cut the value of the assets in the next year or so, especially if the move to paywalls at most New Ltd papers in Australia proves to be less than successful. The $US6.984 billion of goodwill and intangibles in the balance sheet at March 31 (to be lowered by the impairments in Australia) still look overvalued. The company’s 50% stake in Foxtel is valued at $US2.227 billion and can’t be changed because the business isn’t growing and is fully valued after the acquisition of 25% in the Cons Media takeover in 2012 by News Ltd. Foxtel also has $US2.1 billion in debt. Because News doesn’t have control (it is shared with Telstra), Foxtel is a millstone in the balance sheet. So will the new News Corp start agitating for Telstra to quit Foxtel, once there’s a new Federal government? Stay tuned.

Heard the London Stock Exchange had a BIG party to celebrate.