Hold the panic: why it’s not really ‘death by NBN’

Critics are up in arms about the discovery of asbestos in pits and ducts used by the NBN. But has the federal government done anything wrong? Telecommunications expert Richard Chirgwin digs deeper into the issue. 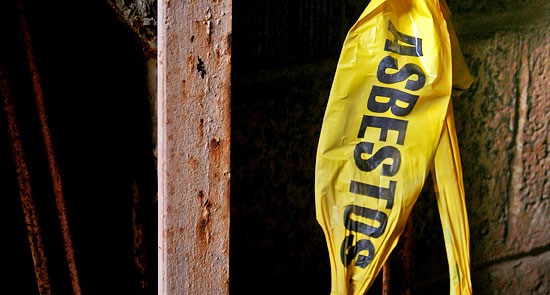 Is the terrifying NBN asbestos going to kill you?

No more than the rest of Australia is going to. A distressing fact in this country, having as it does vastly abundant and cheaply mined asbestos, is that much of the civil infrastructure built while asbestos was still legal probably has the product in it somewhere.

Although James Hardie stopped mining asbestos in 1983, the company didn’t cease asbestos-related manufacture until 1987. From hospitals to houses, schools, pits, pipes, ducts, brakes, kitchen diffuser mats, and even pads to protect surfaces from a hot iron — asbestos really was everywhere. And just about anywhere it was put in Australia’s built environment, it’s still there.

The reason that Telstra doesn’t issue a press release every time it lifts a manhole cover is simple: dealing with asbestos is a routine, daily occurrence — even without the NBN. The “ducts” (pipes containing telephone cables) and pits (beneath street manhole covers that are often so old they’re still labelled PMG for the Postmaster-General’s Department) will be assessed to identify whether they’re likely to contain asbestos.

This is almost certainly more care than your average home renovator takes.

And that is the context we need, before we can ask sensible questions about the current debate, which has seen the federal government — and Telstra — under fire after asbestos was found in the telco’s communication pits and ducts. Critics have drawn parallels between the issue and Labor’s home insulation disaster.

Here’s the back story. In the deal announced between the government, Telstra, and NBN Co, Telstra agreed to move customers on its copper network to NBN fibre, in return for a combination of per-head payment, and an ongoing rental payment. NBN Co does not “buy the copper network” (a misconception that infests the debate): it rents space in Telstra’s pipes, to avoid having to dig its own pits to run fibre to 11 million premises.

As part of that agreement, Telstra committed to remediating its civil infrastructure. If a pipe had collapsed in the five or 50 years since it was first laid in the ground, it would be impossible to pull the NBN fibre through it — so Telstra would pay the cost of repairs. If someone had, at some point in history, pushed a crowbar through the side of a pit, Telstra would replace it.

However, the NBN has demanded a ramp-up of what, five years ago, would have been a low-level activity in Telstra. Instead of opening pits only for repairs, the carrier now finds itself with a timetable that demands a visit to practically every pit in the country between now and 2021.

That, in the world of balance-sheet guardians that dislike having staff on the books, means a vast increase in the number of contractors called on by Telstra to take care of the remediation work.

Even that should not, in theory, be an insurmountable problem. Telstra already knew the asbestos was there, and has well-documented processes for approaching at-risk locations. Wherever a contractor (or, of course, a Telstra staffer) is working, asbestos risk management and compliance is well-documented and has been for years.

So how could things go wrong? The same way as they have done for years. Telstra — and by extension the government and NBN Co — has encountered the endemic problem with asbestos removal in Australia: the cheapest way to get rid of the stuff is to ignore the regulations wherever possible, and dump it illegally.

Last year, The Sun-Herald reported that one-third of all notices issued by the NSW Environmental Protection Authority in five years were for illegal asbestos dumping. And that’s when the EPA was able to find someone to pin the notice on: we still don’t know who dumped two tonnes of asbestos near an Ultimo childcare centre in 2012.

Back to Telstra: its problem is that unlike the routine repair and maintenance, in which contractors merely have to take care not to disturb the environment they’re working in, its NBN commitments will include a lot of remove-and-replace work. It — and everyone else involved — has been starkly reminded that asbestos removal needs close management.

Otherwise, the Dodgy Brothers, still alive and well in Australia’s backhander-ridden, nod-and-wink world of civil contracting, will be somewhere in your supply chain and, and the scandals will continue.

And the rest of us should always assume that home renovation is a dangerous business.

* Richard Chirgwin is Australian correspondent for sci-tech tabloid  The Register. He has been writing about telecommunications in Australia for 25 years

Asbestos and the perils of an activist government

The week in Parliament: from the strategic heights to muddy depths

Once Tone get’s in and cuts all the red tape, OHS and asbestos won’t be a problem, It’ll be a f*****g disaster!

Agreed, the overexcited asbestos alarm is somewhat like reporting every sighting of a redback spider – Australia is riddled with both.

Agreed, agreed. All this country needs is the scent of asbestos, an election year and an opportunist in opposition to show how the media’s reporting of issues lacks credibility.
I would say every Sydney house over a certain age has asbestos in it or associated out-buildings. I somehow don’t think there is a pandemic of asbestosis at large in that city despite the presence of asbestos in a majority of buildings.
The Australian politic have more to fear from the LNP getting in, than any chance of being killed by asbestos.

“the Dodgy Brothers, still alive and well in Australia’s backhander-ridden, nod-and-wink world of civil contracting, will be somewhere in your supply chain and, and the scandals will continue.”
Yep that sums it up. In Telstra’s race to the bottom where it outsources to the Dodgy Brothers who then sub-contract to Jim’s Asbestos who then hire somebody on a daily rate (if not a bit of cash in hand) you have the problem.
If Gina was doing it she’d have organised a special economic zone around each pit and got refugees on a work for the 89% of the dole scheme.

@shaniq’ua – even when Telstra was wholly public and had 64,000 local staff, it would still have needed to hire subcontractors for something as vast as the NBN rollout. This really has bugger all to do with the NBN anyway. Every single one of those pits (and most exchanges) will have to be worked on at some point in the not-too-distant future, and any of them built prior to 1989 (when brown asbestos was finally banned) will likely have asbestos content.