Yawn. No sign yet of any kind of Labor revival before September's election. Plus other political views noted along the way.

No sign of a revival yet. As federal Parliament dawdles towards its close there is still no sign yet of a Labor revival. 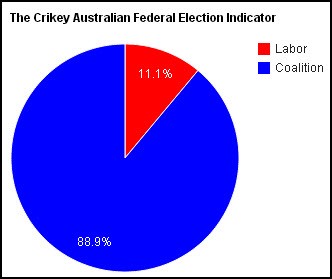 And no sign yet of a change in campaign strategy by the Prime Minister. It is still largely education, education and more education with its regular dose of children as the backdrop for the photo opportunities.

Move the ABC to Newcastle? An interesting read at the weekend in London’s Financial Times — “Northern exposure: the BBC in Salford. “The BBC’s move to Salford has benefited both as they advance into a post-internet age”. Makes you think about our Sydney-centric broadcaster, doesn’t it?

The rooster who believes the sun rises because he crows. That classic fable of the rooster well illustrates that because two things may happen at the same time does not mean one causes the other. A failure to make the leap from correlation to causation by establishing a “physical mechanism” by which the two events are connected is, an article on Climate Progress points out, “one of the most basic and most common scientific failings”. And it is just such a failure that is behind the critical reaction from climate scientists to a new paper by Qing-Bin Lu in the International Journal of Modern Physics B that was given a very prominent and uncritical coverage in The Australian this morning.

Lu’s claims are not new — he has been promoting for several years his theories that chlorofluorocarbons (CFCs), not CO2, is causing global warming without finding much support for them. Climate Progress gives this summary:

“The claim: Lu argues that CFCs are responsible for causing global warming. He uses a complicated chain of logic starting with the premise that it is cosmic rays, not UV rays as most scientists think, that break down CFCs, and ending with the finding that after his calculations, the estimated warming impact of CFCs matches up closely with actual measured surface temperatures. He concludes that it must be CFCs, not CO2, that are causing surface temperatures to rise.

“The facts:  This theory has been considered and dismissed before. A 2010 report by the National Academies of Science was commissioned by Congress to examine all the evidence surrounding global warming including the theory that cosmic rays might influence Earth’s climate. It concluded that “a plausible physical mechanism … has not been demonstrated” and “cosmic rays are not regarded as an important climate forcing.”  In 2011, a peer-reviewed paper found that Lu’s conclusions “are based solely on correlation … do not have a physical basis… and the findings of the IPCC … remain unchallenged.”

His ship has sailed. The outgoing Bank of England governor Sir Mervyn King said goodbye to the British public with music at the weekend as he appeared on BBC Radio 4’s Desert Island Discs. 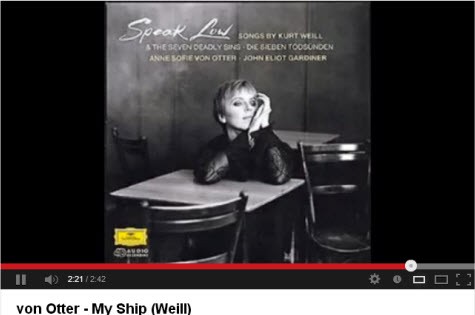 You just have to like a public figure who vowed there would be no memoirs to come. “I don’t want to join the chorus of people who write books with the subtitle: Why I was right and everyone else was wrong,” he told his listeners before ending his musical selection with the beautifully appropriate My Ship from Lady in the Dark, performed by Anne-Sofie von Otter.

The Wizard’s of Oz, grasping at straws again, to promote?

I second the motion to move the ABC out of Sydney. But Newcastle is as token out of Sydney as Canberra. I suggest Albury Wodonga, where Australia’s capital should have been located.

Were is the Crikey Federal voting indicator getting it’s data from? I have been hanging around Crikey for a few years & never been polled so who is? What is the question being asked? How many respondents are there, what are their ages & socioeconomic backgrounds etc. etc. If you are going to headline your blog each week with a simple pie chart & bland statements like “yawn” you could at least not insult our intelligence by not offering a more detailed explanation. Really boring stuff Richard.

I think the Crikey federal election indicator is based on the odds offered by bookmakers. Farmer has stated a number of times that that the odds reflect the market, not parties’ popularity.