Bond University journalism students have mined the data to find out our hardest-working federal MPs -- and which ones just phone it in. Bond journalism lecturer Caroline Graham says some of the results are surprising. 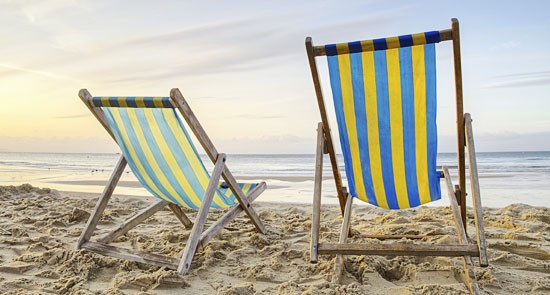 Partway through the longest election campaign in Australia’s history, you could be forgiven for growing tired of all the politicking.

Between the current government’s shaky start as a hung Parliament, the Rudd leadership challenge that never was and reports Labor could lose as many as 24 marginal seats in September, Canberra is scrambling to make up lost ground with voters. So Bond University journalism students teamed up with Crikey to strip back some of the rhetoric and find out what is actually happening during this 43rd Parliament. The result is a new Crikey series: Order in the House.

Our students mined publicly available parliamentary records to find out just how active House of Representatives MPs have been this term. The data we’ve sourced represents the actions of 150 MPs on about 150 sitting days, from the first sitting of the current Parliament (September 28, 2010) to the day the election date was named on January 30, 2013.

MPs’ activities across three key areas were recorded: committee work, speeches and questions asked in Parliament. Demographic information, political roles and electoral information were also recorded. The result is a list of the key players in Parliament: our most vocal pollies, the rising stars, those who’ve been almost silent, and the unsung MPs dedicating their time to committee work.

The results raise concerns about the efficiency of the current Parliament. Almost half of question time was dominated by “Dorothy Dixers” (prepared questions posed by a member of the minister’s own party), and almost a quarter of question time was consumed with party politicking over the carbon tax and asylum seekers. In contrast, only 10 of the 3087 questions examined were on indigenous issues.

The demographic information we collected raised other concerns about how well Australians are represented in the lower house. Although the population distribution means we can expect more city MPs to hold ministerial or roles as opposition spokespeople, regional and rural Australia is proportionally under-represented on the front bench. And Australia still lags behind some other developed nations on gender equity, with just 25% of lower house seats occupied by women.

With any data-mining project of this scale, accuracy is a key consideration. Entries were periodically cross-coded and double-coded, while a system of electronic cross-checking helped screen for potential errors. Like any data, the results need to be viewed in context; speeches, committees and questions are not the only forums for political activity, and politicians need to be judged across the spectrum of their work. Demographic and other correlations were run by a data analyst, and all reported results are statistically significant.

Over the coming weeks, Crikey will bring you a series of articles from Bond University journalism students, looking into the results of our data-mining project. Who’s working the hardest? Who’s doing the least? Who are the stars of committee work — and which MPs seem to spend their days sitting in Aussies cafe in Parliament House? How are women MPs faring? Is indigenous Australia adequately represented, and are indigenous issues covered by Parliament? Which MPs are using social media, and how?

everything you need to know about this piece of research:

JULIA GILLARD
TITLE: Prime Minister
ELECTORATE: Lalor
PARTY: Australian Labor Party
COMMITTEE WORK: Wooden Spoon | MP did not have any recorded committee service during the 43rd Parliament. However, this may be as the result of Ministerial/Shadow Ministerial responsibilities. The MP may have served on committees in previous (pre-2010) parliaments.
QUESTIONS ASKED: Average
SPEECHES MADE: Bronze Medal | MP’s activity (measured in speeches made) was in the Top 60, but not the Top 40, of all 150 House of Representatives Members.

I admit some confusion, I tried several times to click on the “Search for member of Electorate” text box to enter my MP’s details, but found the text box was just part of a picture. It appears the search functionality is not turned on. When is it going to be switched on?

Found the control. Ignore the picture in the middle of the screen (with the text box that you cannot click); just pay attention to the control on the right. What does one see for my MP?

Same for me Peter Murphy – clicking in the search box simply reloads the page.

Ah! Found the real search box, not the decoy. Thanks.

My MP (Kelvin Thomson) gets a gold medal for committee work, but is average on speeches and questions. I wonder if that’s a quantitative or qualitative judgement?