Reward for labour? Westfield boys should be docked — here’s how

The Lowys say they've deserved their $300 million in cash over two decades to run Westfield. Shareholders might disagree, and there's a course of action if they do. 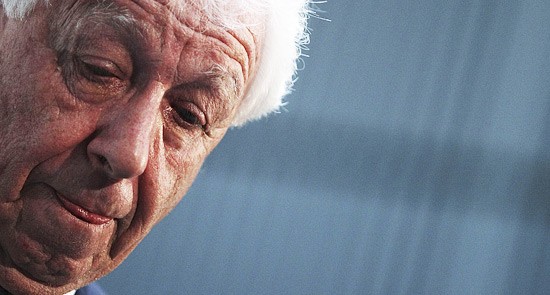 It’s not often that comments made at public company annual general meetings make you sit up and take notice. But Westfield chairman Frank Lowy came up with a ripper yesterday.

When challenged on the question of why Lowy family members have been paid more than $300 million in cash over the past 20 years — as opposed to Kerry and James Packer not taking a single dollar from public companies — the reply was as follows:

“For my labour I expect to be paid an amount that reflects my service.”

He then made the following statement on behalf of his boys, Westfield’s joint managing directors Peter and Steven Lowy, who pocketed about $18 million between them in 2012:

“I rarely speak for Peter and Steven, but on this occasion I can assure you that this is the only basis on which we are prepared to continue to provide our services to the group.”

OK, no one is seriously expecting the Lowys to work for nothing. But here is a summary of billionaire salaries in the Australian public company market:

Back in 1999, the collective value of Lowy family salaries cracked $10 million for the first, but it was shared between Frank and his three boys who all held executive positions. In 2000, David Lowy retired as an executive to become non-executive chairman but by 2002 the combined family salaries had reached almost $20 million.

The three-way merger of Westfield’s listed vehicles in 2004 de-risked the family’s wealth because a controlling interest in the management company, which could always be replaced as manager of the various property trusts without compensation, was converted into bricks and mortar in the world’s biggest shopping centre company. But this change didn’t lead to any reductions in Lowy family pay at Westfield, even though it coincided with the introduction of the non-binding vote on remuneration reports.

From 2005 until Frank’s retirement as executive chairman in May 2011, Lowy family pay averaged about $30 million a year from Westfield shareholders. Long-serving directors and Lowy family friends Fred Hilmer and David Gonski were the key members on the remuneration committee during this period.

Gonski retired last year and Hilmer departed yesterday, leaving a reconstituted remuneration committee which will be chaired by Mark Johnson, one of the founders of millionaire factory Macquarie Group. Johnson was a key Macquarie director in 2009 when proxy advisers and institutional investors negotiated substantial reform after a 21% protest vote at the AGM.

However, because Westfield’s remuneration report received its strongest ever endorsement from shareholders — just 33.39 million votes or 2.23% went against — shareholders are not starting from a very strong negotiating position.

But that would all change if the two giant US-based index funds Blackrock (owner of 147.2 million Westfield shares or 6.6%) and Vanguard (owner of 140.17 million Westfield shares or 6.3%)  finally stepped up and negotiated some reform. Maybe some of their Australian super fund clients should demand they lead negotiations, threatening a loss of mandates if they don’t.

While Frank Lowy has threatened to withdraw his family’s labour if they are not paid handsomely, the family is hugely aligned with shareholders courtesy of their $2.2 billion investment in Westfield. The obvious follow-through from a wage negotiation breakdown with the remuneration committee would see the family selling their shares.

Perhaps a sensible solution would be for Westfield to follow the lead of Seek.com which also had brothers as joint managing directors until Paul Bassat retired to let Andrew Bassat run the show. If either Steven or Peter Lowy stepped back to become a non-executive director, the claims of excessive family salaries would be largely resolved.

After all, Frank Lowy did precisely that in 2011 when he went from executive chairman to non-executive chairman and his salary crashed from $15 million to just $750,000. And he hasn’t seemed 95% less motivated since taking that salary haircut.

Should Lowy withdraw his family’s labour we will wait with bated breath to see which companies might snap them up – at comparable fees.

They need a 25% negative vote, twice, Stephen. Some how I don’t see the combined Hedge Fund votes of 12.9% plus the existing 2.23% = 25%. They still need to make up another 10%. And then duplicate the vote.
Not going to happen. But if the majority shareholders aren’t concerned, why should you be? You accept when you become a shareholder that it is Lowy family company. If you don’t like the governance, sell out! Plenty of other REIT’s out there that might be more your liking.