Only 380,000 residents of Australia's largest cities live in very walkable suburbs, all of them in the inner city. Creating new fringe suburbs with high walkability will be very challenging

Sydney and Melbourne are by far Australia’s most walkable cities according to US company Walk Score, which released walkability rankings of Australia’s largest cities last week.

Walkability is a term much loved in planning circles. It summarises key urban qualities like density, design and diversity of uses. It extends the simple idea of compactness to also include connectedness and variety of destinations.

Sydney has 29 suburbs defined by Walk Score as a ‘walker’s paradise’ i.e. they each score 90 or higher. Melbourne has 12 suburbs that meet the criteria and Brisbane 5. Adelaide, Perth, Canberra and Newcastle only have one each.

The algorithm used by Walk Score essentially aggregates the number of amenities within walking distance of a point (e.g. an address). The amenities include “businesses, parks, theaters, schools and other common destinations.” More precisely:

The score at each point is weighted by the surrounding population density and then normalised to arrive at a suburban or city-level score.

It’s important to understand that the scores are approximations. They don’t take account of other factors that influence the desirability of walking in a particular city, like the steepness of hills, climate and crime risk.

Another limitation is the algorithm has no regard for the quality of proximate amenities – it weights them equally. A school is as important as a hardware store and a used car retailer. Further, it uses “as the crow flies” distances, not actual walk distances.

While they shouldn’t be taken too literally, especially at the level of specific addresses, Walk Score’s results are nevertheless consistent with what I would expect at the suburban and city levels.

The average size of suburbs differs significantly between cities, so to get a better comparison I’ve calculated the number of residents who live in suburbs with a score of 90 or more (see first exhibit).

Compared to New York City, though, these numbers are paltry. NYC has an overall Walk Score of 85 and 2,966,608 of its 8,175,133 residents live in suburbs with a score of 90 or higher. (It would be misleading though to compare proportions, as NYC excludes the more populous outer suburbs of the New York metropolitan area). (fn 1)

Taken together, the suburbs with 90+ walk scores in Australian cities house just 380,219 residents (see second exhibit). They’re all located in the inner city, most of them close to the CBD. That has important implications for the policy objective of enhancing walkability across metropolitan areas.

Australia’s ‘walker’s paradise’ suburbs are highly walkable because they enjoy a very special set of conditions not easily replicated elsewhere, including:

Walkability is more than density – it also has regard for destinations and the journey itself. Strategies to promote walkability in other parts of metropolitan areas must recognise that most of the conditions supporting the high walk scores of the inner city are special.

They would be difficult to reproduce in another place, suggesting that achieving high levels of walkability in other locations like new fringe suburbs is a challenging objective. It requires a different and more imaginative way of thinking.

(fn 1) Caution is needed in comparing Australian cities with the US cities in the Walk Score data base, as most of the latter cover only the central County or City, not the much larger metropolitan areas that are used to define the Australian cities.

How can public transport work better in Australia’s cities? 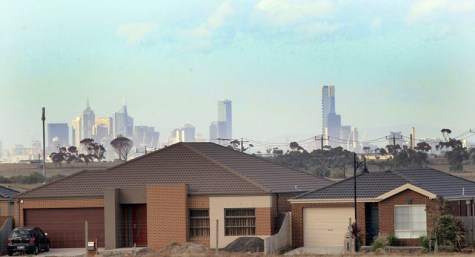