Live odds: mishandled by everyone, from first to last

The live odds ban is a debacle presided over by broadcasters, the gambling industry, sports administrators and politicians. And it's not a healthy sign, write Bernard Keane and Glenn Dyer. 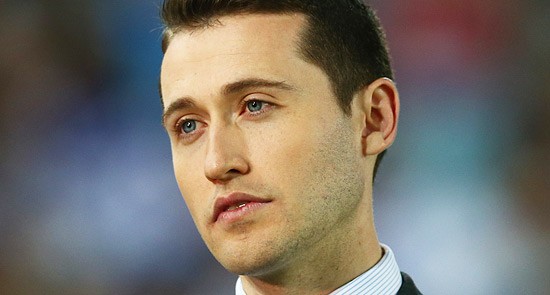 Well done to Nine Network, the NRL, FreeTV, Tom Waterhouse and the gambling industry: they’ve now established a precedent for politicians to intervene and censor television simply on the basis of what annoys people.

It may well be the case that incessant citation of live odds somehow damages viewers, and especially children, that it “normalises” gambling (as if it wasn’t already “normalised” in a country that stops to watch a herd of horses get flogged around a paddock every November). But there’s no evidence yet for harm, and we don’t normally regulate broadcasting without evidence that what we’re censoring is harmful – there’s very little evidence, for example, that banning junk food advertising, however annoying it might be to parents, is associated with any positive health outcomes for kids. Personal responsibility and the off switch are normally considered sufficient regulatory mechanisms.

Nonetheless, because Nine, the NRL and Waterhouse so grotesquely and greedily overplayed their hands and infuriated the community, the government has demanded that the industry censor itself, and got its way. FreeTV, a body that normally screams “free speech” at any suggestion about increased regulation of any kind (although only for free speech that makes money for its members), declared the intervention was unprecedented, but said it would go along with it.

The industry now has an unspecified, but very short, period to produce a change to its industry code of practice to ban live odds during matches and ban gambling advertising outside natural match breaks, or the government will legislate those bans. Significantly, the normal intervening stage, when ACMA would develop and impose on the industry a standard establishing the bans on the basis that the industry had failed to develop an appropriate code, will be skipped, presumably on the basis that it wouldn’t happen in a politically acceptable timeframe given consultation requirements, etc. This regulation is evidently too important to be left to the regulator.

That’s still not enough for the anti-gambling lobby, and various opportunists like Barry O’Farrell, who are calling for a ban on gambling advertising entirely, if not a ban on gambling itself, which many would probably prefer. But this is still a major win for the various social forces who want more censorship, not less. Yes, the gambling industry is trying to build a business model via parasitism on popular sports; yes there may eventually emerge in the future evidence that it’s harmful, yes Tom Waterhouse is the single most annoying face on Australian TV, but the traditional response to annoying content is to turn it off, not regulate it by legislation.

And when FreeTV appends to its acquiescence to censorship that it believes “regulation in this area should apply consistently to all advertising and content distribution platforms, not just television”, you can be sure the would-be censors are only too happy to agree with them and would like to regulate other media, including the internet.

And in all the fuss, the role of three individuals has been overlooked — specifically Nine executives CEO, David Gyngell, his No. 2, Jeff Browne and the network’s head of sport Steve Crawley. All three are responsible for the rapid escalation in public angst about online betting, because they sanctioned the deal with Tom Waterhouse and his online betting business. That saw not only the wall-to-wall ads for the business in NRL games on Nine, but also the appearance of Waterhouse as a member of the NRL commentary panel.

The managements of Seven and Fox Sports/Foxtel have also allowed sports betting to intrude into their footy coverage. After all, there’s been no industry self-regulation in the area. But Seven and Fox Sports never let it reach the level seen at the start of this year’s NRL season. And both the NRL and the broader gambling industry sat back and failed to do anything as all this unfolded, but Gyngell, Browne and Crawley were the ones who signed off on the deal, including shoehorning Waterhouse into the commentary team. Moreover, powerful Nine NRL commentary figures such as Phil Gould, Peter Sterling and Ray Warren didn’t object to Waterhouse’s appearance.

And until April, when rival networks jacked up and forced him out, Browne was also chairman of FreeTV, which tried desperately to avoid doing anything about the issue.

The Labor brainstrust also mishandled the issue, first ignoring it, then trying to engineer an outcome via negotiations with the networks, then finally looking like it was merely trying to head off a backbench revolt on the issue headed by NSW MP Stephen Jones, who’s been talking about taking action on the issue right from the first NRL round. If Conroy and Gillard had moved more quickly and called for, say, an ACMA review of the impact of constant spruiking of live odds at the start of the season, they could have headed much of this off, and we might have got some evidence-based regulation.

Of course, that’s a rare thing when it comes to broadcasting laws.

Shame to see the “just turn it off/change the channel” notion used here. For many, sport is a big part of their recreational, social and even family lives and we shouldn’t expect them to just “switch it off” because of some encroaching greed head.

Since Kerry Packer departed the Boofy Boys Club at the Nine Network have accumulated a litany of bad decisions. The endless gambling marathon is merely the latest.

There’s opportunities galore for those who like to throw their money away. Don’t need any more persuasion via the box.

“Slow Down – Self-regulation at Work”?
Another slab of media getting ahead of it’s own importance, and it’s audience – for the money?