Who’s afraid of Ford’s closure? It was logical and no bad thing

In the context of its struggling global operations, Ford's decision to shut up shop in Australia is logical. And recent economic history tells us it will have few repercussions, say Glenn Dyer and Bernard Keane. 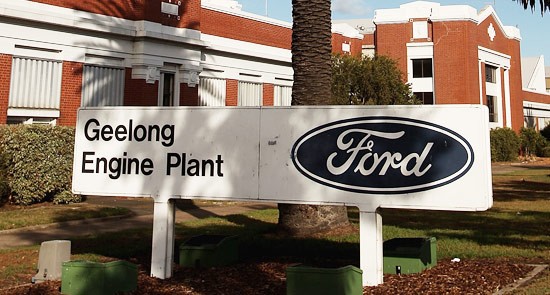 Ford’s decision to close its Australian operations is yet another of those giant economic Rorschach inkblots in which everyone sees what they’re predisposed to see.

The opposition sees a business destroyed by the carbon price (not, of course, by the whopping paid parental leave tax it is promising to place on Ford and other businesses). The unions and politicians like Labor Senator Doug Cameron see a compelling case for yet more government support for unviable companies. And the usual suspects at the national dailies see more evidence that Australia is a “high-cost, low-productivity” (copyright, The Australian Financial Review) economy shackled by bad IR laws and too much regulation.

Meantime, twice as many jobs were lost immediately when the Sydney cleaning company Swan collapsed on Wednesday, without anyone feeling the need to opine about its implications for the economy. But manufacturing exerts the sort of influence on both Left and Right that service industries don’t, presumably because manufacturing is a “real job”.

We could point out the usual things, like how throwing more money at foreign multinationals to stay here would amount to sending good money after bad. Or that labour productivity fell under WorkChoices and has grown (strongly) under the Fair Work Act. Or that India is more heavily regulated than Australia but Ford is about to open a massive new plant there. Or that Ford’s biggest problem was not high costs, or even the strong dollar, but that Australians, at a time when they were buying more new cars than ever before, were ignoring Ford’s vehicles in droves, which suggests the company’s management didn’t know what they were doing.

(Any parallels with News Limited, another whingeing, subsidised US subsidiary facing a remorseless decline in sales of its key products here, are of course coincidental.)

But let’s look at the international context. Ford’s decision to close its Australian car-making operations was an accounting adjustment for the car giant and nothing more. Compared with the size of the losses and headaches in some of the company’s other markets — Europe and South America — leaving Australia was a straightforward decision. Ceasing manufacturing and retaining a presence with an import-based retailing operation was always going to be an easy option for the company to take.

That’s a tribute to the openness of the Australian economy and the ease of entry and exit. Compare that with the way Ford remains trapped in loss-making businesses elsewhere.

The Ford 2012 accounts and the March quarter report disclose some startling losses. Ford lost a total of nearly $US3.5 billion each year in Europe in 2011 and 2012, and it said in April it expected this year’s losses to be around $US2 billion. Since then, Ford has said it managed to eke out a tiny increase in sales across Europe:

“The decline in Ford Europe’s first quarter pre-tax results primarily reflected higher structural costs, including restructuring effects (principally accelerated depreciation) and higher pension charges due to lower discount rates. Market factors and exchange also were unfavourable. Full year 2013 guidance for Europe remains unchanged, with the company expecting a loss of about $US2 billion. The outlook for the business environment in Europe remains uncertain. While it is possible economic and industry conditions will begin to stabilise later this year, recent economic indicators are mixed.”

Ford says it remains confident of returning to profit by “mid-decade” (!) which could mean another couple of billion dollars in losses. You’d expect Ford to be looking to cut its losses and retreat from Europe as well. But it is staying the distance, for the moment; can you imagine exiting car-making in Germany, Belgium and Britain with the ease with which Ford is exiting Australia? As part of its efforts to stay in Europe, Ford is launching a new marketing campaign tomorrow night at the Champion’s League soccer final between Dortmund and Bayern Munich in London. An estimated 150 million will watch the final, and Ford is planning a campaign based on the technologies in its new range of cars, rather than the current models.

It’s a different story in the US. Ford announced this week it was lifting production in the US by 200,000 cars and adding the equivalent of 3500 jobs to its plants this year because of rising demand. The US is where the money is for Ford (to pay for the losses in Europe and South America). Compared with the growth in the US car market, Australia was never going to last as a manufacturing outpost. The logic for Ford is crushing — quitting Australia (with its small manufacturing business) is not really a problem.

The company’s local losses of $A600 million in the past five years, and the losses between now and 2016 when the closure actually happens, will mean Ford will be able to turn Australia into a highly profitable import-wholesale-retail business and add some extra volume to its plants in Europe where many of the imports will be sourced from. And courtesy of those losses, Ford won’t be paying any Australian company tax.

Finally, all the reports have forgotten what happened when another Ford plant closed in 1994, when the usual litany of doomsters, gloomsters and “experts” complained and agonised about this decision and the signals it sent. Around 436 jobs were lost when Sydney’s Homebush plant ended operations. That plant put together Ford Lasers imported as what were called CKDs — Completely Knocked Down. Cars were shipped from Mazda in Japan and rebadged here. They were reassembled (expensively) at the Sydney plant because tariffs allowed that to happen.

That old Ford plant has been turned into a business park and has led the revitalisation of the area around Parramatta Road at Homebush, with many more people being employed in the mostly service-sector businesses that moved there (or started) than ever lost jobs there. That’s the story of the Australian economy in the past 20 years. It’s a story that politicians, union officials and the ideologues at the national dailies prefer to ignore.

Reality-check is that the latte left prefer their chic little European models (preferably diesel / hybrid with a twist), while the staunch pro-union contingent get around in something more substantial – maybe a SUV or a sedan, made in China / Korea / Japan / Germany.

The vehicle I own is a Toyota, and so were the last two I owned. However, mum drives a Ford Explorer.

Whenever traversing the Hume Highway into Melbourne I was always intrigued by the proximity of the Ford Headquarters building to the Note Printing Branch of the Australian Reserve Bank.
I often mused, it was to control transport and delivery costs.

“(Any parallels with News Limited, another whingeing, subsidised US subsidiary facing a remorseless decline in sales of its key products here, are of course coincidental.)” – beautiful.