Medicare travails. We heard this from a doctor concerned at obstacles to working in areas desperate for medical staff:

“Did you know that Australian and NZ doctors cannot get Medicare benefits unless they are a GP, specialist, or on a training program and in a training post? This is due to the restrictions of 19AA of the Health Insurances Act 1973. The idea of this is to make sure that doctors receiving Medicare benefits are undergoing further postgraduate training. However, if you are an overseas-trained doctor (OTD) you can receive Medicare benefits as you are not restricted by 19AA but 19AB which means you can work in an area of health shortage and attract Medicare benefits. The idea of 19AB is that OTD are required to work in areas of health work shortage for 10 years on arrival in Australia to address the issue of lack of doctors in areas of need. I would like to work in an area of need and have been offered a position in a hospital in an area of need. As I am not restricted by 19AB I cannot work at this hospital! At the moment there is a lot of social discussion about the lack of doctors in remote areas.”

We checked this with a medical expert, who said it was broadly correct but the situation was quite complex. An Australian graduate could not get an intern job if it was not accredited for training, even if the job was in an area of need. But yes, an OTD with the right qualifications could get that post. Our expert queried what could be done about it — should Australian-trained interns or junior doctors be allowed to “go out to any old rural community and have a red-hot go?” Have any other doctors had a problem with these rules? Get in touch.

Wind farm blues. Crikey’s story last week on Tory PR firm Wells Haslem’s astroturf campaign against a planned wind farm on King Island has spawned another chapter. Wells Haslem, which according to locals planned to “amuse then scare” them into rejecting the proposal, released the second instalment of its leafleting campaign, threatening that “legal action will plague our community” if the turbines are built. Legal action presumably brought by the same wealthy pastoralists paying Wells Haslem for their expert advice? Meanwhile, as Crikey revealed on Monday, the “grassroots” group’s website, ntwfg.org, is being administered by Wells Haslem partner Alexandra Mayhew from her office in the salubrious Sydney suburb of Neutral Bay. Working beautifully.

This is Delhi calling. It’s all very well to outsource most of your IT to India, but what if that leads to “important business IT systems failing and coming back online in reasonable times”? What if the new staff “don’t  understand the systems they have to support”? When sensitive financial data is being handled, this could be a problem … was someone senior sacked over this last week at a particular firm we won’t name?

The secret donors. Crikey is working up a yarn on who’s donating (and not donating this time around) to the political parties ahead of the federal election. This is a highly secretive field — even some frontbenchers and opposition frontbenchers don’t always know how much money is coming in. Crikey would love to know whether the likes of Anthony Pratt, health chief Paul Ramsay, ad man Harold Mitchell and UK Tory peer Michael Ashcroft are donating to the Coalition. James Packer might be donating some more — he’s spent up big on Katter’s mob already. As for Labor, are the union dollars going to flow in as usual, and are Chinese businesspeople keen to dip into their pockets again? We’re also interested in how the Greens will fund their campaign, given uber-donor Graeme Wood is not donating this year.

If you’ve got some inside gossip, send us an email (and shhhhh — you can stay totally anonymous).

Tony in Tassie. Tony Abbott is visiting Tasmania today — and there’s no need for him to pack the budgie smugglers. Why not? Because nude winter swimming is all the rage in the Apple Isle in 2013, as The Hobart Mercury has been reporting. A plan to hold what’s been billed as a “Nude Solstice Swim” at Hobart’s centrally appointed Nutgrove Beach, organised by those wacky folks at MONA, was jeopardised when Tasmania (fun) Police declared it illegal. Fortunately, the event is back on (to be held at a more secluded Hobart beach). Just in time for Tony’s visit! The Hobart Mercury has been closely following the story 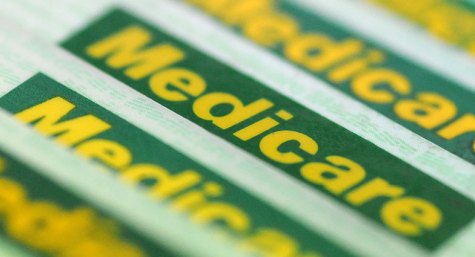 Rural Australia has always worried about access to Medicare

Actually, after swimming naked in a tassie winter, it’d be more like nutshrunk….. hehehe.