The ABC has made a three-year wage offer for its 4000+ employees and the unions representing ABC employees aren't happy. That and other media tidbits.

Unions reject ABC wages offer. When the ABC got a $90 million funding boost in last week’s budget, managing director Mark Scott warned existing staff not to get too excited. “Staff internally will find that budgets are pretty tight,” he told Crikey. “We’ll have to save money just to stay standing still in many areas.”

On Tuesday, the ABC put its long-awaited wages offer on the table: a 2% per annum increase over three years, with any improvements on that funded from cuts to meal allowances and shift loadings. The unions representing ABC workers — the Community and Public Sector Union and the Media, Entertainment and Arts Alliance — have rejected the offer, which would apply to the broadcaster’s 4000+ full-time employees. The CPSU and the MEAA say the ABC’s offer amounts to a real wages cut in the first year and doesn’t recognise the increased productivity and multi-skilling among ABC staff.

“Management’s wage offer would actually see many staff go backwards,” the CPSU’s national president Michael Tull told Crikey. “This is a slap in the face for workers given all of the productivity gains they have achieved including the creation of a 24 hour news services with no extra funding.” Negotiations have a long way to run, and we’ll keep our eye on developments. — Matthew Knott

PolitiFact and Seven team up. Crikey understands that PolitiFact Australia, the fact-checking website led by former Fairfax editor Peter Fray, will team up with Channel Seven during the September federal election to test the claims of politicians and political candidates on a rating of true to “pants on fire”. The deal will give the newly born website extensive exposure through the 2 million-odd viewers who tune into Seven News each night. Both Fray and Seven News director Rob Raschke declined to comment, but sources say an official announcement is imminent.

The Seven/PolitFact tie-up will go head-to-head with the ABC’s well-resourced fact-checking unit. The ABC announced this week that The Age‘s contributing editor Russell Skelton will leave Fairfax to become the fact-check unit’s founding editor (he will join wife Virginia Trioli at Aunty). The ABC is due to announce a presenter for the fact-check unit soon. It won’t be Media Watch host Jonathan Holmes, who pulled out of the race earlier this week. Crikey also hears a third fact-checking force is on the way soon, which will have considerable resources and plenty of cred … — Matthew Knott

Future of media: a pessimistic view. Crikey converged last night on the inner-west Sydney suburb of Croydon for girls’ school Presbyterian Ladies’ College’s annual journalism panel. The annual pow wow is becoming quite the fixture among a certain sub-strata of Harbour City scribes (last year featured Nick Cater) and this year was no exception with Sydney Morning Herald prognosticator Mike Carlton, Saturday SMH editor Judith Whelan and 7:30 EP Sally Neighbour holding forth on the murky divide between news and opinion.

Each panellist gave a 15-minute speech on the modern news milieu. Your correspondent was forced to draw on long-repressed high school public speaking “skills” to stumble through a wide-ranging attack on the shallowness of modern news gathering: read the full speech online. — Andrew Crook

Video of the day. Rebel Chinese artist Ai Weiwei was arrested in 2011 and held in captivity for 81 days without charge. He’s now released a music video of his experience called Dumbass … 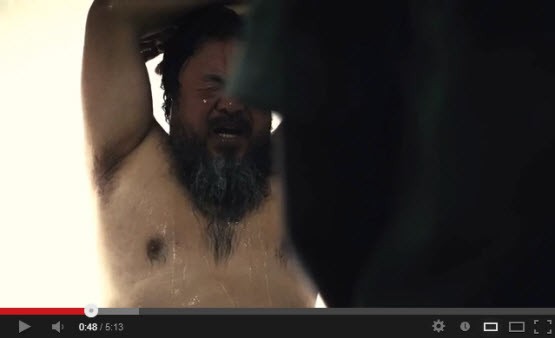 Isn’t there a limit to what “productivity can be gained”, short of giving blood and/or paying to work?