Are the Lowys worth their $300m salaries?

The Lowy family still continue to draw millions from Westfield, which is extraordinary. But now shareholders are thinking about putting a stop to it. 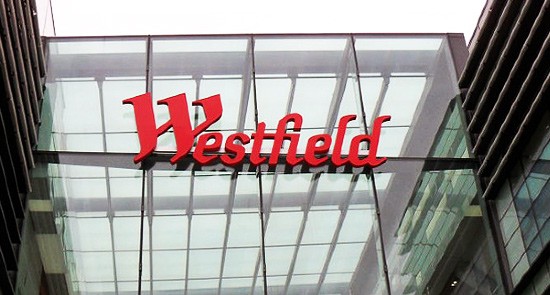 The 2013 BRW Rich List is out, and the Lowy family of Westfield fame have clawed their way back into second place, having increased their pile by $400 million to $6.87 billion.

Westfield shareholders have been very generous to the family over the years, but will they continue to tolerate excessive salaries to Frank Lowy’s two boys, Steven and Peter Lowy, who pocketed a combined figure of almost $20 million in 2012?

This question comes into even sharper focus after the family raised $663.7 million in February selling their 7.1% stake in Westfield Retail Trust at $3.09 per security. For the first time, the Lowy family have a substantial majority of their wealth outside of Westfield’s two listed vehicles. The family’s residual 179.6 million shares or 8% stake in parent company Westfield Group is today worth $2.17 billion, so BRW estimates that this comprises 31.6% of the net wealth of $6.87 billion.

On the same day as the Westfield Retail Trust selldown on February 28, the Lowys received their last distribution, worth $20.4 million, from this entity. The distribution on the retained Westfield Group shares totalled $88.9 million in 2012 and is forecast to rise to $91.6 million in 2013.

In light of these developments, the big question at next Wednesday’s Westfield Group AGM in Sydney is whether the family should continue helping themselves to excessive salaries.

The Australian Shareholders’ Association says no and is actively pitching the case for an against vote on the remuneration report to key institutions such as Blackrock, Vanguard, AFIC, Unisuper, Argo and the like. The ASA is attempting to put together a coalition of shareholders who will seek to negotiate a commitment to pay reform from the Lowy family on the floor of the meeting.

This tactic of floor negotiation was successfully deployed for the first time against Roger Corbett last November, when the ASA agreed to vote undirected proxies in favour of the Fairfax Media remuneration report after the chairman verbally undertook in front of shareholders to cut his fee by at least 10% to no more than $400,000.

In light of the $300 million-plus in gross salary payments that Lowy family members have pocketed from Westfield over the past 20 years, it is extraordinary that independent shareholders have never got organised to put an end to these excesses.

The ASA’s voting intentions report makes the case very clearly and was covered extensively in The Australian and The AFR on Saturday. The key extract from the voting intentions relates to the leverage available to shareholders from the fact that 82-year-old Frank Lowy is seeking re-election for another three years. It report includes the following:

“Frank Lowy is one of the highest paid non executive chairs in Australia ($750,000 PA) and has overseen the continued payment of excessive bonuses to executive staff over a long period of time. Indeed, he has personally received more than $100 million in cash salary payments from Westfield entities over the past 20 years and his children have collectively received more than $150 million over the same time frame.”

The projected distribution on the Lowy family shares for the 2013 year will be $91.6 million. The family does not need to continue drawing excessive remuneration, whether as executive directors or as the non-executive chairman. ASA notes that both James and Kerry Packer have never drawn salaries or director fees from Crown Ltd or its predecessor bodies. The dividends are enough and we encourage the Lowy family to take note of this precedent:

“If Mr Lowy undertakes at the AGM to revise down cash payments to his family members in future years, ASA will support his re-election. If not, we will vote undirected proxies against his re-election.”

ASA has represented an average of 1185 Westfield shareholders owning 3.375 million shares at the past four Westfield Group AGMs and it will be interesting to see if media interest in the AGM lifts that figure next Wednesday.

Westfield has consistently had solid protest votes against its remuneration report and certain insider and long-serving directors over the past decade. Here are the figures going back to 2004:

“Salary” implies a regular payment (eg. monthly or annually), not the total payments (between three people, no less) over a period of 20 years – which tidbit of information was hidden well down the article.

Good luck Stephen and be careful as all these rich people have a history of suing if they are critisised viz the soccer debacle. Remember there are sacred cows in Australia that nobody can touch.

The great relief is that the same dogs will be p.ing on their graves just like mine.

Nice to see Mayne back in form. encore, encore!

Thanks for the update regarding salaray etc. Anything misleading deserves correction. However I’m genuinely confused. Salary wise does that mean I have to take 300/20 as their salery and the divide by 3???

Does this make $8.3 million each per annum or is it an average please inform?