Sudden outbreak of responsibility from both parties on budget

The Coalition's sudden enthusiasm for spending cuts is rather hypocritical -- but a welcome embrace of fiscal responsibility. Both major parties are lifting their game, improving the dire standards in political debate. 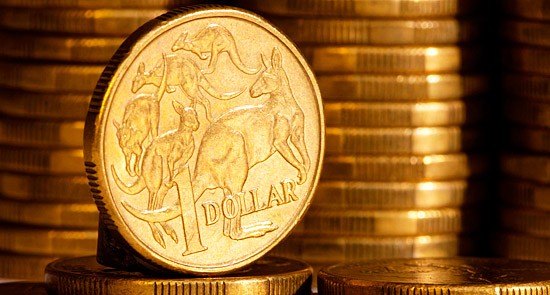 Unexpectedly, Australia’s politicians have been infected with policy courage. And an opposition that was probably the most cynical and negative in Australian history has decided it can take a risk and not merely endorse some politically unpalatable spending cuts but even break the hitherto unbreakable rule of 21st century politics — never mention the GST.

The change from 2012, which was dominated by personal smear and an absurd opposition campaign against the carbon price, couldn’t be more striking.

In previous years, a bold decision like dumping the baby bonus and replacing it with a much smaller family tax benefit payment would have seen the Coalition and News Limited launching a coordinated campaign on Labor’s “class warfare”, notwithstanding Treasury spokesman Joe Hockey’s views on the age of entitlement.

This year, News Ltd has been all revved up and raring to go, but Opposition Leader Abbott has declined to play along, saying the “budget emergency” (which isn’t an emergency at all, judging by the Liberals’ plans for handouts) meant he might have to support it.

Indeed, The Australian Financial Review reported this morning the Coalition was considering opposing any baby bonus-style payments at all, and had begun walking away from its reflexive support for the iniquitous and hideously expensive private health insurance rebate.

There are plenty of dud savings in the Coalition’s list: slashing the humanitarian visa intake, punishing low-income earners on superannuation, delaying the 12% compulsory super levy. And don’t forget the $4 billion in unjustified handouts to forestall a Labor campaign on carbon price compensation. But it’s hard to go wrong with hacking into middle-class welfare.

“For a decade the GST has been a no-go area for both sides.”

Most of all, the Liberals are staring down a Labor scare campaign about tax reform extending to the GST.

For a decade the GST has been a no-go area for both sides. The slightest slip-up that suggested any willingness to consider any changes to the GST invariably prompted long bows to be drawn, huge leaps of speculation to be made and alarm bells sounded about a sinister agenda to lift the GST.

Now Abbott, while dancing around the issue, has declined to exclude the GST from his promised tax review. Of course, without the GST, such a review is entirely unnecessary while the Henry review sits unloved on Treasury bookshelves. Fixing the damage done to the GST by ex-Democrat head Meg Lees (while compensating low-income earners) would be a logical outcome from any serious tax review, and would go some distance toward relieving the pressure on state budgets across the country.

There’s considerable hypocrisy from the Coalition in all this. It’s not hard to Google up a statement, even relatively recently, from Hockey or another shadow minister defending or deploring a measure they’re now dumping or backing. But the hypocrisy is in the welcome cause of fiscal credibility.

It also demonstrates just how confident the Liberals are about victory, or more particularly about their capacity to resist a Labor attack on issues like the GST. Based on Labor’s form, the Liberal brains trust is probably right to believe Labor lacks the firepower to do them some real damage on budget issues, where voters trust the Coalition far more than Labor. That’s in contrast to industrial relations, where voters still regard the parties as far more evenly matched, and which accounts for Abbott’s enthusiasm for a moderate, step-by-step approach.

The result is, unexpectedly for the pre-election period of a parliamentary term in which the quality of political debate has reached a nadir, a sudden outbreak of responsibility on both sides and the bizarre spectacle of a pre-election budget dominated by a debate over who can wield the razor more effectively.

One of the virtues of the opposition’s belated fronting-up to fiscal responsibility is that it will get more practice articulating the case for complex or unpopular policy. One of the Labor’s biggest problems has been a learned helplessness when it comes to explaining policy that isn’t obvious or easy. The more you do it, the better you get, and the Coalition will discover it’s easier to do so in government if you’ve already done it in opposition, when the playing field is tilted against you.

The final outcome for the 2013-14 budget has little to do with a long-departed Treasurer but may yet echo through Joe Hockey's future budgets, Bernard Keane and Glenn Dyer write.

New estimates of the structural budget balance sit poorly with opposition claims about the Gillard government's poor fiscal mismanagement. Turns out things might not be so bad after all ...

The Treasury Secretary's discussion of what has gone wrong with revenue forecasting in recent years provides a context for the coming challenges on fiscal policy. Bernard Keane and Glenn Dyer report.

I agree with and think most important the last point that ‘The more you do it [‘articulating the case for complex or unpopular policy’], the better you get, and the Coalition will discover it’s easier to do so in government if you’ve already done it in opposition, when the playing field is tilted against you.’

For this reason I have never been convinced by ‘small target’ lesson commonly drawn from Hewson losing the ‘unlosable’ election.

While it is pleasing to see the Opposition talking about reviewing the GST, there’s still a bit of fog around whether they are talking about the rate and application to current non-GST items like food, or whether it is just the State-by-State distribution formula. Joe Hockey’s “challenge” to the States to lead the review on the basis that the GST is a “State tax” is cowardly blame-shifting before the event. But at least the issue is on the table. Hopefully the Liberals also have a shopping list of inefficient State taxes to target in whatever deal emerges.

It helps the Libs be hypocritical when their backflips are just glossed over by the nedia, if Gillard had done the same thing she would be damned.

And for all this good decision making from the Libs they stil have a whole lot of unfunded spending to be accounted for and are clinging to the idea there is no problem with education funding.

I suspect its less about fiscal responsibility and more about cheap politics. They get to take the savings whilst hanging it on the Government as being “objectionable”. Cake, see, eat.

That playing field might be slightly less tilted, once the media haters have gotten rid of Gillard.