Seat of the week: Fowler — former Labor heartland up for grabs

Three years ago, the outer western Sydney seat of Fowler was Labor's third safest in the country. Now it fears it might lose.

Fowler covers an area of Labor’s western Sydney heartland from Lansvale, Liverpool and Cabramatta in the east, through Hinchinbrook and Cecil Hills to undeveloped territory beyond the Westlink. The electorate has the second highest number of non-English speakers of any electorate in the country, ranking in the top ten for persons of Chinese, Vietnamese, Serbian and Croatian extraction. The redistribution ahead of the 2010 election halved its geographic size by exchanging semi-rural territory around Badgerys Creek for urban areas around Liverpool and Lansvale (largely reversing changes made before the 2004 election), boosting the Labor margin by 4.5% and making it their third safest seat in notional terms. It then proceeded to swing more heavily against Labor than any other seat in the country, slashing the margin 22.6% to 8.8% – the first time Labor’s margin had fallen to single figures since the seat’s creation.

Fowler was created with the expansion of parliament in 1984, and held first by Ted Grace until 1998 and then by Julia Irwin until 2010. Chiefly noted as a critic of Israel, Irwin secured the seat with the backing of the old guard of the NSW Right, including Laurie Brereton and Leo McLeay. Irwin twice needed protection to secure her preselection in the past, and there were mixed reports about her likely job security at the 2010 election had she not not opted to retire. In doing so she resolved a headache for the ALP, which had been absorbed by a game of musical chairs resulting from the effective abolition of Laurie Ferguson’s seat of Reid. Ferguson was at first determined to be accommodated in Fowler, but a deal was in force reserving the seat for a Right faction which was also dominant in local branches. He was instead made to settle for Werriwa, displacing Chris Hayes to highly marginal Macarthur.

However, Irwin’s departure gave Hayes, a fellow member of the Right, an immensely more attractive safety net, and also allowed local favourite Nick Bleasdale to unsuccessfully contest Macarthur for a second time. Hayes was a former official with the Right faction Australian Workers Union official who entered parliament at the February 2005 by-election caused by the resignation of Mark Latham. Earlier this week he attained the position of chief government whip, which Hunter MP Joel Fitzgibbon vacated in March after backing Kevin Rudd’s abortive leadership push. The Liberal candidate is Andrew Nguyen (a name he shares with the LNP candidate for Oxley in Queensland), a former Fairfield councillor and long-standing figure in Cabramatta’s Vietnamese community. 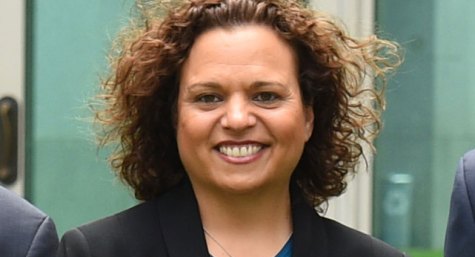