Crikey Clarifier: why is the EU carbon scheme hitting our budget?

Europe's low carbon price hit Australia's budget last week in a big way. Erwin Jackson from the Climate Institute explains why, and looks at what might happen next. 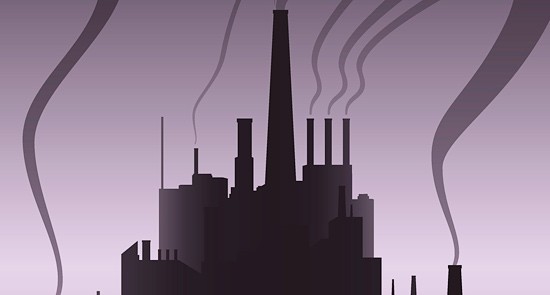 Last week’s federal budget showed the impact that Europe’s emissions trading scheme is having on Australia’s carbon scheme. The EU carbon price is currently a low 3.55 euros (A$4.67) per tonne of CO2.

So why is the European carbon price so low — and what’s going to happen next?

Firstly, don’t let this issue distract the debate from the fundamentals. The threat of repeal of the carbon price under a Coalition government creates far greater short-term uncertainty around Australia’s carbon price than the low EU carbon price does. For an investor, decisions around the future of EU carbon markets pale against the prospect of doing business in a country that would be the first to dismantle a carbon market.

Secondly, the basic rationale for building the link between the two schemes (Australia’s and the EU’s) remains strong. In the longer term, linked markets will be central to boosting the more ambitious global action needed to cut emissions. Remember all the calls for Australia to wait till there is a global market for carbon? It’s not going to pop into place like Dr Who from the Tardis. It is going to come from markets growing and linking. Like Australia’s and EUs, like California’s and Quebec’s, and like China’s seven pilot schemes (China’s national scheme is due to start after 2015).

Thirdly, recent budget changes in clean energy and other programs show that an over-reliance on the purse strings of governments does not provide policy stability. The government is better placed to define clear rules for the private sector to follow to reduce emissions. These are the principal policies that can help the government (of whichever party) meet the full range of their bipartisan target to cut emissions by 5 to 25% by 2020 (on 2000 levels).

Why is the European carbon price low, and is it a problem?

The main reason for the low EU price is that the limit Europe has placed on emissions is not ambitious enough. Like Australia, the EU plans to use the cap it places on emissions from its domestic industries as the principal mechanism to achieve its pollution targets. The economic downturn and the emission reductions from its ambitious renewable energy and energy efficiency policies mean the EU is likely to over-achieve its current 2020 target (i.e. it will pollute less than the cap).

The EU system is acting like the market should — emissions are down, demand for emission credits is soft, so the price is low. This problem has been exacerbated by the EU being too generous in giving away free emission credits to some industries, and the lack of flexibility to adjust to changed circumstances.

This is not a problem for the EU in meeting its emission targets at lowest cost. But it is a problem if you are an investor seeking to bankroll a major investment in clean energy (this is why the UK has implemented a minimum carbon price in its domestic electricity industry of around A$25/tonne). We are already seeing the EU starting to be challenged by Asia, particularly China, as the world’s clean energy superpower. Without stronger long, loud and legal price signals this is likely to continue.

Why has the situation not been fixed so far?

Recent attempts to bolster confidence in the EU carbon market have narrowly been put off by countries such as Poland, which want to protect their coal interests, or those that say “let the market sort itself out”. Upcoming German elections have not helped either. Chancellor Angela Merkel has been more timid than normal in sending a strong signal that the EU needs to be a leader in climate change.

Does it seem that the EU will solve the problem?

Even without short-term interventions, eventually, yes. The fundamentals of the European carbon market indicate prices will rise later this decade as market participants start to factor in the EU’s post-2020 emission caps (the EU has agreed to reduce its domestic emissions by 80-95% below 1990 levels by 2050). Current forecasts by market analysts suggest that EU carbon prices will average around A$10/tonne (a range of $3-$17) over the period to 2020, and up to $39/tonne in 2020.

The European Commission is also re-engaging parliamentarians. In June it will revisit proposals to bolster short-term prices. The commission has also begun the process that seeks to strengthen the EU’s 2030 emission targets, which would result in even higher prices emerging later this decade.

How would a low European carbon price affect Australia (especially from 2015)?

A lower EU carbon a price means that meeting Australia’s emission targets can occur more cheaply. Australia should commit to a fairer contribution to global climate action and toughen its current minimum target to cut emissions by 5% by 2020 — the minimum should be around a 15% cut.

Low short-term prices strengthen the case for policies such as the Renewable Energy Target to help grow a lower carbon Australian economy, until global prices better reflect the benefits of reducing emissions in the medium to long term.

You might want to point that out to Mr Abbott…

Oh come on. From the 1st of April 2013 (when the floor starts), the price floor is actually around 4.94 UK (or around $7 AUS); in 2014, it rises to $15 AUS. It is only in 2015 that it accelerates to around $28 AUS (this is assuming constant exchange rates), but it wouldn’t surprise me if this changes, depending on how the EU scheme is going. It makes no sense for the UK to begger themselves when the EU price is low (and alot of these price targets were set in 2011)