A reporting ban imposed after a bombing in Turkey has led to accusations PM Recep Tayyip Erdogan is orchestrating a cover-up, and the country will be dragged into war with Syria. Turkish journalism lecturer Erdem Koç reports. 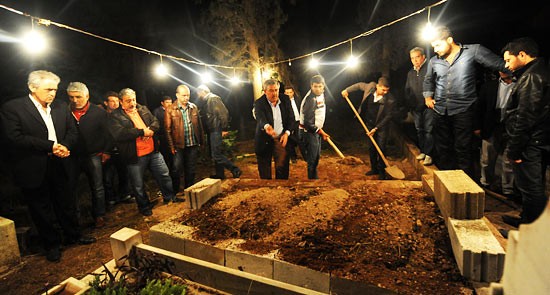 It’s been five days since two car bombs exploded in the small Turkish town of Reyhanli near the Syrian border, killing more than 50 people and injuring hundreds others. Several people remain missing. The ruling Justice and Development Party (AKP) has blamed the attack on agents of the Assad regime.

If Turkish Prime Minister Recep Tayyip Erdogan still believes those who’ve voiced criticism of his government are simply “marginal” groups, he might find he’s shrugging off a substantial proportion of his people.

Syria has denied the accusations, claiming it’s the Turkish government that bears responsibility. The problem for Erdogan is that many Turks agree. Following the blast — one of the deadliest in Turkey’s history — anti-government demonstrations have gained momentum. Calls for Erdogan and the AKP to resign have echoed in several major cities.

The biggest demonstration is staged for May 19: the national holiday that commemorates the beginning of the Turkish War of Independence in 1919. It could very well be Turkey’s overdue Arab Spring moment.

Erdogan has repeatedly said his country won’t be dragged into Syria’s war, but one Reyhanli journalist, who asked not to be named, says the feeling on the ground is that war is imminent: “You know us Turks are good at conspiracy theories, but it’s not a theory when everyone’s saying the same thing. Everyone here is pointing the finger to the AKP. Erdogan is simply the West’s puppet.”

This is a view shared by American political analyst Webster Tarpley. “The Turks have turned over their entire southern region to the CIA,” he told Iran’s Press-TV. “They’ve essentially invited in all of these terrorist elements, and the blow-back will be severe.”

Many critics point to the “reporting ban” imposed in the immediate aftermath of the Reyhanli bombings as evidence of an attempt by the government at a cover-up. An hour after the blast, the Reyhanli Criminal Court of Peace issued a blanket ruling banning all forms of reporting from the region. The reason given was that it would adversely affect the criminal investigation into the blasts. However, tens of thousands of Turkish soldiers and Kurdish rebels have been killed in recent years in numerous terror attacks. No media bans were ever enforced in any isolated incident.

The aftermath of the Reyhanli bombings are worrying not only for the Turkish government, but also for its Western allies, including the US, which has remained silent. Erdogan and his foreign minister, Ahmet Davutoglu, head to Washington on Thursday.

Erdogan, an important Muslim ally for the US, has been critical of the Obama administration’s stance on Syria. “I wonder how long you will turn a blind eye to this massacre,” Erdogan said earlier this month, following the killing of scores of people near the Syrian city of Baniyas by Israel. “Damn your international policies!”

Whether he opts to strengthen this rhetoric in Washington, it’s the same phrase Erdogan is now hearing from his own people.

I know logic is a frail flower in ME politics but why would BasherA want Turkey drawn onto the insurgents’ side with such a heinous act? The heart eaters & beheaders however, well that’s just par for their course, car bombs in Damascus & other cities seem an odd way to gain support from non sunni fundis.