Look out, the Scandinavian children are about

There's nothing like parental leave. Go to a movie, play squash, wash the car -- all these activities lie on the same plane. Put "be with your child" in it, you'll see the difference. 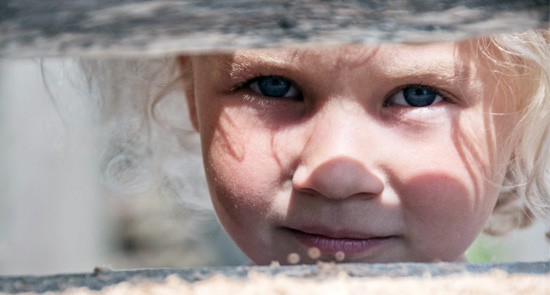 The parental leave wars continue, with Institute of Public Affairs research fellow Chris Berg weighing in at The Drum. His obvious displeasure at the fact that parental leave has been put at the centre of political debate echoes much of the Right, who are all unbalanced by that very anger.

Berg draws on Danish sociologist Gosta Esping-Andersen, who distinguished between liberal, corporatist and social-democratic societies, and the different role that state provisions play within them. Berg concludes Opposition Leader Tony Abbott’s plan is an attempt to impose a Scandinavian-style social democratic provision on a liberal society, thus ushering in a new age of entitlement.

You get that answer only when you start from the erroneous notion that Australia is, in Gosta Esping-Andersen’s terms, a liberal society. It isn’t, and the idea it is is the same fantasy as powers Nick Cater’s book, The Lucky Culture. For a century we had central wage/conditions fixing, protectionism and agrarian socialism, with each sector having a quasi-state role. About as corporate as it gets. The Whitlam government added a social-democratic layer, which has never been fully removed. Indeed, the Australian system served as a model for the Scandinavian countries when they were establishing social democracies in the 1920s*. Were Australia a “liberal” society in those terms, WorkChoices wouldn’t have been rejected in 2007, amid wider prosperity.

When you remove the Bergian fantasy projection from the equation, you get this: parental leave is not “welfare”, in terms of something given to the less well-off, nor is it “entitlement” in the negative sense of some ineffectual freebie. It’s positive freedom, achieved by using the state to create structures of life that remove invidious choices. Paid parental leave recognises the limits of the liberal idea that freedom is simply a series of choices. Human meaning is anchored by actions and relationships that are prior to choice.

We don’t give people paid hockey leave, knitting leave, going-to-a-movie leave, etc, because we recognise these activities as particular and voluntarist; parental leave is on the table because we recognise that the activity is incommensurable. There’s nothing like it, and nothing it can be meaningfully traded for. Go to a movie, play squash, wash the car — all these activities lie on the same plane. Put “be with your child” in it, and you’ll see the difference.

Parental leave, as a possibility guaranteed by the state, recognises this incommensurability by limiting the possibility of the market to deny it to people, and universalising what would otherwise be available only to those with wealth and job flexibility. One of the reasons why the universality of such leave is important is because many high-paid, high-power jobs have less flexibility than lower-paid jobs. A shop assistant or a middle manager can be substituted for for six months without much problem. A high-powered lawyer or a chief technical officer doesn’t have the same flexibility.

“What paid parental leave does — and what Berg hates about it — is that it decommodifies child-raising, in a way that even the best childcare doesn’t.”

Central to the gradual equalisation of gender in Scandinavia has been these provisions, which keep very job open, by law, for the parental leave period. For a woman there is still an opportunity cost in having a child, but it’s minimised to a great degree. One result of that is a higher birthrate (the Mediterranean nations have a 1.1/woman rate, against a replacement rate of 2.1/woman; Scandinavia has 1.7-2.1 rate), and woman having children younger, when there are less likelihood of difficulties, birth defects or being caught out by a sudden fertility drop. The streets of Scandinavian cities are full of kids; in the streets of Mediterranean cities, the appearance of a small child often occasions a mild riot of ageing people desperate to chuckle its chin.

That gives the lie to Berg’s argument that parental leave gives more benefit to the middle class (done through weasel words; there are more weasel words in Berg’s article than in a two-volume set of the Shorter Weasel-English Dictionary). What gives more benefit to the middle class is wage inequality. To then pin that wage inequality on a universal provision that in order to assure its universality imposes a simple rule of substituting for the given wage is to blame the socialist provision for the capitalist condition. Neat.

What paid parental leave does — and what Berg hates about it — is that it decommodifies child-raising, in a way that even the best childcare doesn’t. It says there are things we want to draw out of the market, as a measure of their value, and that freedom can be achieved through collective choices, whose medium is the state.

As I noted yesterday, the fact that reaction to Abbott’s proposal has been lukewarm is one of the more interesting developments in Oz politics in recent years. But I suspect people will eventually come round. Having lived in Sweden, Australia and the US, I can assure Berg that we are more like the first of these than the last, in these matters. Maybe he should get out more. But then, that’s not his job. His job is to sit in a room at the IPA and pump out ideology which conforms to a preconceived ideal, and to the interests of secret corporate donors. Talk about entitlement.

*If you’ve ever seen Lenin’s famous short article on the ALP and wondered where it came from, it’s this: for more than a decade European socialists debated back and forth as to whether the “Australian system” would be the way to make a transition from capitalism to socialism. All the other articles are forgotten (though you can find some on Marxists.org). Lenin’s is the only piece that, for decades, was collected and substantially reproduced. The crucial passage indicating the sway that the Australian experience held over European liberals and socialists is in the last paragraph:

“Those Liberals in Europe and in Russia who try to ‘teach’ the people that class struggle is unnecessary by citing the example of Australia, only deceive themselves and others …”

Beneath that sentence lies a vast and forgotten history (although confusingly, what is meant here by “Liberal” is what is meant by Gosta Esping-Andersen, and following him, Berg, as social-democratic).

“It’s positive freedom, achieved by using the state to create structures of life that remove invidious choices.”
The choice between not having money and not having children is addressed by the current scheme. The choice between not having children and losing 6 months of job experience is addressed by neither the current scheme or Abbott’s one. So what’s the extra cost of Abbott’s scheme paying for?

“A shop assistant or a middle manager can be substituted for for six months without much problem. A high-powered lawyer or a chief technical officer doesn’t have the same flexibility.”
Sure. How does parental leave address this? The lawyer and CTO are still exactly as difficult to replace as before. It’s just that they’ll have more money when they’re on parental leave. Also, by virtue of having a skill in lower supply, the lawyer and CTO have far greater bargaining power than the shop assistant and middle manager. The lack of flexibility is in many ways self-imposed, because they have the bargaining power to negotiate for greater flexibility now. That they’re not doing it suggests that they place higher value on time and experience on the job and climbing the corporate ladder. Government sponsored parental leave, no matter at what level, will not compensate them for that.

Like you, Guy, I look back with some fondness at the debates in the decade each side of federation, though for me, it’s more associated with Henry George than with Karl Marx.

On the issue of PPL, it sticks in my egalitarian craw that the Abbott scheme pays more money to the better-off than it pays to the less well-off. I have no objection to a PPL scheme, but if it’s to be run by the state, the amounts involved should be identical, whatever the beneficiary’s income or position in society or in the labour market.

If well-off families want or need more money, they should purchase insurance to cover the gap.

BTW, I do agree with the arrangement for jobs to be held open for the duration of PPL (with certain qualifications to cover events beyond the employer’s control).

what sam said. guy, your response?