The normal record of Treasury over the last 20 years was to underestimate likely revenue rather than overestimate it, Richard Farmer reminds us.

More income as likely as less. Perhaps the best news for the government about the reaction to the budget is that it has not led to a strengthening in the Aussie dollar. Whether the easing below parity with the US$ continues is largely out of the hands of this country’s economic managers but Treasurer Wayne Swan should be hoping it does. More profits f0r exporters, and hence higher company tax payments, start flowing in quickly from the lower value while the opposite reaction of higher prices for consumers take longer to work their way through.

So while there’s time, there’s hope, and the final pre-election budget update might yet provide some good news for a struggling Labor Party. I know it’s hard to remember given the experience of the last few years, but the normal record of Treasury over the last 20 years was to underestimate likely revenue rather than overestimate it.

Acknowledge the long term then ignore it. For Opposition Leader Tony Abbott tomorrow night, the long-term implications of policies on increased education spending and a national scheme to help the disabled need to be acknowledged, but there’s no need for him to feel obliged to accept Labor’s spending timetable. The sensible position for him is to commit himself to the principles involved, if he thinks that is necessary, but to make the commonsense observation that the pace of proceeding with them will depend on the economic conditions in the years ahead when the spending is supposed to be made.

The initial reaction. The Murdoch tabloids, I thought, were particularly savage this morning especially with the caricatures used on the front pages. I am a believer in the wisdom of an educated crowd and thus interested in what Crikey readers think the pollsters will tell us about the public reaction to the budget. Will support for Labor go up, down or stay the same? Make your prediction about what the Essential Research finding will be.

The initial movement on the Crikey Election Indicator has been a small improvement in Labor’s standing — now just back above the 9% mark. 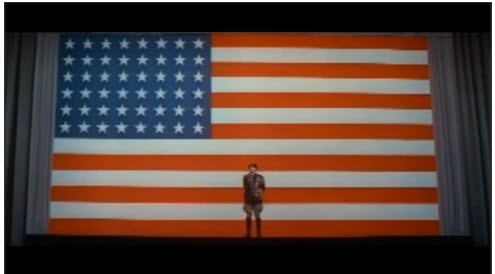 Business bites: love from the Guv

“Patton”? Sure that’s not the Dennis Leary video?