Is the Treasurer serious when he says he wants to spend more, tax less and get the budget back into surplus as quickly as possible? Australia Institute executive director Richard Denniss investigates. 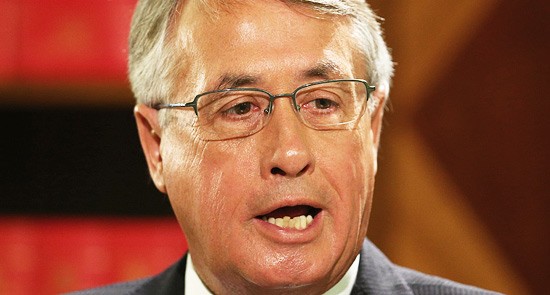 Confusion lies at the heart of Treasurer Wayne Swan’s sixth budget. Does he want to be a big spender or a low taxer? Is he a Keynesian who is relaxed about the budget deficit, or is he a fiscal conservative determined to rein in public spending?

On the one hand this government wants to make big new investments in the Gonski education reforms and the National Disability Insurance Scheme, but on the other hand it wants to gloat about collecting far less tax than its predecessors. In Swan’s words, “if we were taxing Australian families and Australian businesses like our predecessors did, we’d have an extra $24 billion in taxes in 2013-14 and be comfortably in surplus every year of the forward (estimates)”.

That’s right, Wayne, you could. If you did nothing more than collect the low level of tax that the Howard government collected in 2007, you could spend an extra $24 billion per year on Gonski and the NDIS, not cut spending on single mothers or universities — and you could still run budget surpluses.

So, what’s the problem with this budget?

One explanation relates to the intuitive reluctance of politicians to announce increased taxes, but last week the income tax rate went up by 0.5% and there was barely a hint of opposition. Of course it was called a “levy” rather than a “tax”, but that’s the point. Debate about tax in Australia seems to have more to do with how things sound than how they work.

The other explanation runs deeper. Could the 24/7 news cycle have so shortened the attention span of politicians that they actually believe they can hold two conflicting views at the same time? Could the Treasurer actually believe it when he says he wants to spend more, tax less and get the budget back into surplus as quickly as possible?

If so, it wouldn’t be the first time the Gillard government has committed to contradictory policy objectives. In fact, this year’s budget papers highlight the enormous cost of previous policies that were built on fundamental contradiction, such as the mining tax and the carbon price.

The mining tax was supposed to “spread the benefits of the boom” but of course it doesn’t collect enough revenue to do so. Indeed, it will collect around $700 million this year and a projected $1 billion next year, but only if commodity prices don’t continue to fall. That’s less than $50 each, and in turn this year’s budget scraps last year’s commitment to “spread the benefits of the boom” via $600 million worth of Family Tax Benefit payments.

It’s one thing to design a mining tax that collects a lot of revenue, and another thing to design one that makes the miners happy. But, as the budget papers make clear, you can’t do both at once.

The budget also reveals the fiscal consequences of designing a carbon price that was simultaneously designed to make “polluters pay” while providing generous compensation. In order to minimise the political pain, the government paid generous compensation upfront. Its problem, however, is that the world carbon price, and projected carbon revenue, fell off a cliff. Not only do the budget papers contain the ongoing cost of the excessive compensation, but the significant write-downs in the carbon price revenue. Whoops.

The Australian economy is travelling well by historical and international standards, with low levels of unemployment, inflation and public debt. But despite all of the “good news”, the government is gaining little, if any, political advantage for these economic achievements. While Opposition Leader Tony Abbott’s negativity features highly in the government’s explanation of this strange state of affairs, its own confusion about objectives plays a major role.

Kevin Rudd was elected on a platform of fiscal conservatism before (rightly in the eyes of this author) abandoning the obsession with the deficit to “steer us through” the GFC on the back of some heroic Keynesian stimulus spending. But then, before they could begin to gloat about the low unemployment rate, they returned to form by promising to restore the budget to surplus “come hell or high water”. And then the Queensland floods blew a hole in their wafer-thin surplus.

This year, after already printing the flyers bragging about the government’s (planned) return to surplus, the Treasurer finally admitted the promised surplus would not be delivered. And in his budget speech tonight he argued jobs and growth were more important than the deficit, before promising to get back into surplus as quick as he could.

Confused? I am. And so I suspect is the electorate.