Whatever the forecasts contained in tonight's budget, they will almost certainly be wrong. Plus other political views along the way.

Repeating my forecast. In my pre-budget predictive snippet last year I wrote that “It is as certain as anything can be that the forecasts underpinning tomorrow’s budget will be wrong. The chaos about to engulf Europe will see to that. The government needs to start back-tracking on its budget surplus commitment ASAP.”

And my advice when considering tonight’s effort? It is as certain as anything can be that the forecasts underpinning the budget will be wrong.

Your wisdom requested. What will the pollsters tell us about the public reaction to the budget? Will support for Labor go up, down or stay the same? Make your prediction about what the Essential Research finding will be. 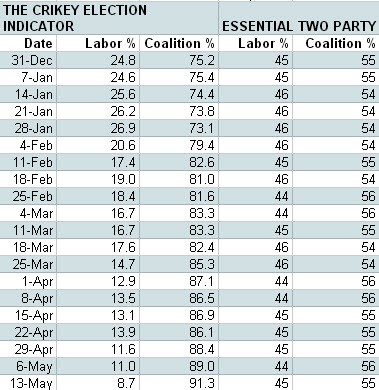 A very political business. No wonder the British are giving such serious consideration to quitting Europe. Those foreigners across the Channel just keep ganging up to vote against them. It’s been 16 years since Katrina and the Waves topped the voting. And the Crikey Indicator points to this year’s entry faring no better.

And so to the favourite for this week’s Euro-wide election: 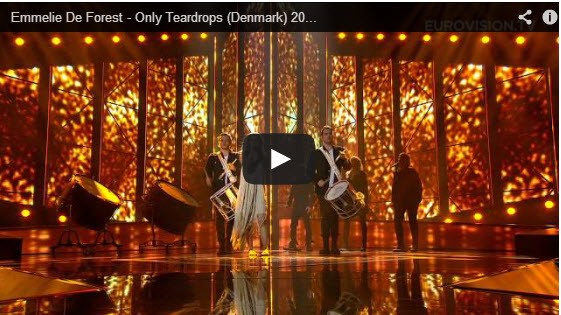 Seeing but not believing. An interesting reminder that what you see on the printed page these days is not exactly what you would have seen if you had been there when the photo was taken. The winning choice for the World Press Photo Award 2013 has sparked quite a debate about what is fair and reasonable when it comes to touching up and modifying images for publication. 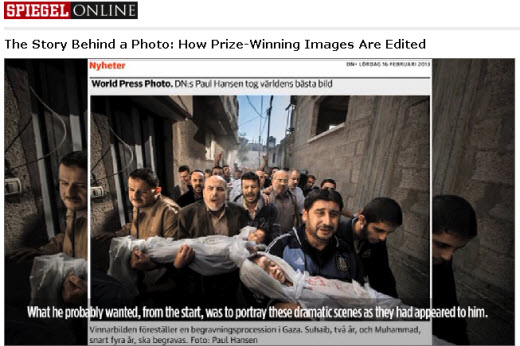 This time the discussion is more serious than those allegations about fashion magazines photo-shopping out the imperfections of models. The discussion about the  winning picture by  Paul Hansen for the Swedish newspaper Dagens Nyheter  is about how much the power of the image is the result of skillful editing. Der Spiegel reports on the reluctance of the photographer to talk about the subject but plenty of others are more forthcoming:

“Pro-Israeli bloggers and journalists, in particular, had accused him of manipulation and embellishment. Other photographers have also been critical of the photo’s selection for the World Press Award. Some fear that the boundaries are becoming blurred between journalistic photography, on the one hand, and artistic and commercial image design, on the other. Industry publications like Freelens Magazin have also voiced criticism of the trend.”

A thought for the day on soccer and kicking investment goals.

” I learned of a study focused on decision making and penalty kicks. The analysis covered close to 300 penalty kicks. It looked at both the goalkeepers’ decision in terms of where they chose to dive, as well as where the ball was actually kicked.

“As it turns out,  the goalkeeper picks a side and dives 93.7 percent of the time and just stands in the middle only 6.3 percent of the time. There was a clear bias toward action. The kicks themselves are more evenly spread across the net, and here’s the clincher: Almost 30 percent were kicked to the middle of the net. Without boring you with the numbers, the result showed that goalkeepers could almost double their save percentage by doing nothing. In other words, just standing there was the optimal strategy.

“What goalkeeper is going to do that? Can you imagine how silly that would look? Everyone is expecting action. Every other goalkeeper in the world dives to a side of the goal. Just standing there would be embarrassing.

“We do the same thing with investing … It’s all a bit crazy. But we feel that we must do something with our investments for the same reason a goalkeeper dives.” 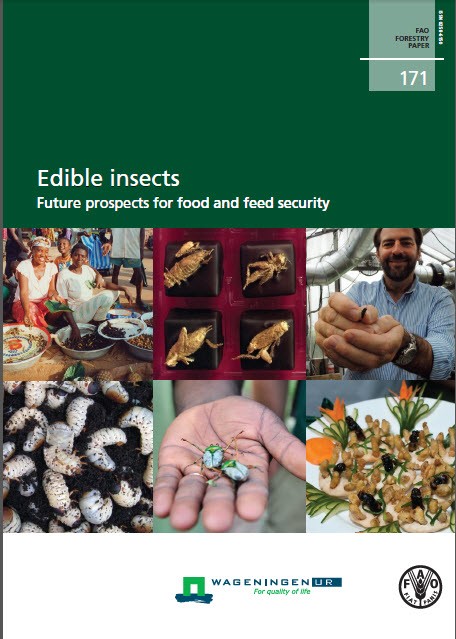