Guest Post by Stephanie Van Schilt Minutes after finishing High Sobriety – Jill Stark’s memoir about her year without alcohol – I attended a birthday party…for a bar. I literally put the book down, got dressed up and ran out the door to celebrate the liquor loving life. In the past, this obvious irony would […]

Minutes after finishing High Sobriety – Jill Stark’s memoir about her year without alcohol – I attended a birthday party…for a bar. I literally put the book down, got dressed up and ran out the door to celebrate the liquor loving life.

In the past, this obvious irony would have been useful fodder for some social stand up: bringing a cigarette to my lips, I could have condemned the boring sober life with a Patsy and Eddie style tirade, swilling (and spilling) my giant cocktail before throwing Stark’s book onto a fire fuelled by ethanol (that I was also sipping). But I opted out of a self-depreciating routine because this wasn’t a high point for me.

On the way to the party, with High Sobriety at the forefront of my mind, I found myself freshly inspired to reattempt Febfast. My initial effort to spend a month sober had been dismal; I didn’t even take a seat on the wagon before jumping off after a single day. I felt so guilty that every drink I guzzled that month was accompanied by some kind of justification as a chaser (“It’s summer!” “It’s a wedding!” “It’s 3.30pm!” “I’m miserable!”).

After reading High Sobriety there were no excuses: I was 300-pages more aware of alcohol related statistics and (frightening) facts to corroborate the niggling sensation that I should cut back on drinking.  Armed with Stark’s reassuring and relatable anecdotes of being sober-and-social – and the mantra “If Jill can do it, I can too” – it felt like the perfect time to curb my liquor-based enthusiasm.

I wasn’t optimistic (or naïve) enough to believe that I could go cold turkey that particular night. It was a party for a bar – there would be a drink waiting for me on a silver platter. So, in an effort to back away from the Bacchanal, I decided that moderation was the key. But as moderation gave way to temptation, I soon found myself clutching the giant novelty key as mayor of Party Town once more. Alcohol was everywhere: I downed drinks that were mixed, straight up, free or stolen (yep). I definitely had some fun but the flipside of this tippled two-faced coin is that the fun led to questionable decisions, blurry D&Ms, lost memories, a horrific three-day hangover and weeks of self-flagellating shame.

I had just finished reading about the benefits of curtailing these inebriated experiences. Mere hours before getting on it, I had felt inspired to get off it. What happened? Fortunately for Stark this was less about the book’s message and more about my own habits, lack of willpower and socially anxious state.

I am, 100%, the target market for High Sobriety: a social twentysomething with a long (and at times shameful) relationship with drinking. Even the cover – a pop art inspired graphic, appealing pallet and (importantly) fabulous font – looks like something I’d want to eyeball.

Before my pathetic Febfast failure, I’d been considering abstaining for a while to test myself, acknowledge my triggers and observe life without beer goggles or Dutch courage (which, despite my surname, does not come naturally). But it was a difficult habit to shake. I had relied on alcohol as a crutch to pacify my social anxiety for years: it was my oldest, nearest and dearest frienemy.

I definitely have a love/hate relationship with “the demon drink”. The love portion is publically declared as it fosters a sense of camaraderie (apologies for the bad beer pun). The hate element is dark and personal; a bleak liquor-soaked battle with my mind that is shared only with besties or boyfriends, those few with intimate insight into the sadder parts of my cyclical life routine. Susceptible to the booze blues, I would wallow, continually asking myself whether the memories (if I had any) were really worth the instability and pain that followed a night out. But I wouldn’t do anything about this bad habit. However after this particular night out, after this book, I decided enough was enough: it was time to get off the binge-cringe train.

Interestingly, this is how Stark’s 12-month journey kicks off: with a killer hangover that bears down physically and mentally. Stark also touches upon her own socially anxious fears and considers various drinking related cases from medical experts to teenage drinkers to addicts, in similar and far more serious situations.

My own reflection comes as I approach thirty. Increasingly, I have noticed my peers starting to question their drinking habits too. In my friendship circles, binge drinking as a social activity is being relegated in importance; people seem increasingly eager to participate in the likes of Dry July as a group or independently, challenging themselves to month-long detoxes in an effort to get their shit together.

It’s beginning to feel like “late-twenties / early-thirties abstinence” can be added to the other alcohol related rites of passage: your first stumbling steps as a teen, that morphs into bored in the suburbs binging (Scotland in Stark’s case); the Uni-party life which soon becomes the engrained after work drinks norm. Now, as we settle into our careers and reflect on how happy or unhappy we are, taking control of binge drinking habits – and its financially, physically and mentally debilitating effects – is becoming common.

It’s not an all out straight-edge revolution by any means, nor is it the Gen-Y revitalisation of the temperance movement, but High Sobriety was clearly commissioned at an opportune time as attitudes are beginning to shift. The likes of Hello Sunday Morning (a blog Stark wholeheartedly supports) and High Sobriety contribute to the growing dialogue around not drinking. Both drinking and not drinking create their own ‘war stories’; tales about abstaining are entertainingly related, contributing to an increasing communal dialogue.

This dichotomy – between drinking and not drinking – alone proves how engrained alcohol is in our lives. To discuss our local (and at times the international) drinking culture implicitly announces many topics as it affects questions of identity, health, politics, business and economics. Accordingly, Stark explores these issues personally (from fears of social exclusion, to family experiences and dating concerns) and culturally, through her relationship with Australia and Scotland (and the relevant national identities and myths founded on booze).

Stark casts her net wide, lightly touching upon a range of ideas that these themes and this subject evokes (even including a brief discussion on drinking and writing/creativity, a topic I find particularly intriguing). The stats are sobering and informative, the stories cheeky and light; High Sobriety isn’t particularly heavy or in-depth, it’s accessible pop reporting.

That said, Stark’s text does finish on a particularly emotional and personal note: what could be seen as a digression from the central topic does retrospectively inform the preceding chapters because while journalistic, it is memoir. The final message appeals to my carpe diem desires; I don’t want to waste the day getting wasted. So here goes nothing.

— Stephanie Van Schilt is Deputy Editor of The Lifted Brow, Online Editorial Assistant with Kill Your Darlings and a freelance writer. She’s been published in Junkee, Cineaste and Killings. Follow her on twitter @steph_adele.

Do the arts need to dry out? An addictive cultural cocktail 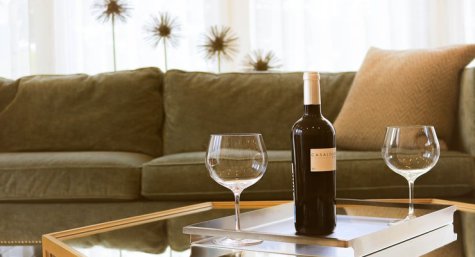