How does the treasurer draw up the budget? A <em>Crikey</em> guide

Lobby groups hoping for a last-minute push for their pet projects in next week's budget are out of luck -- it's been mostly done for months. Governance expert Stephen Bartos explains the painstaking process. 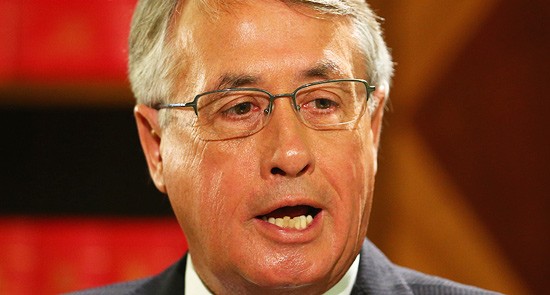 The budget next Tuesday will be a miracle of co-ordination of the efforts of hundreds of people and thousands of competing priorities. But how does a budget come together?

Australia’s budget starts from the basis of forward estimates. These are the estimates prepared by the departments of Treasury and Finance of what revenue and spending will be in the coming budget year and the three years after (the “forward” years) if the government made no policy decisions. This means the government takes every decision knowing what it will do to spending or taxes over the next four years. The forward estimates system has been in place since the 1980s. We take it for granted; the rest of the world sees it as best practice.

The forward estimates are so robust that if a government decided to holiday in the tropics instead of working on the budget, the forward estimates from last year would become the next year’s budget. However — and here is the source of the government’s current budget troubles — Treasury and Finance adjust those estimates during the course of year to take account of actual spending and revenue trends and movements in the Australian and world economy. This is a good and necessary step to render the estimates more realistic.

Revisions to the revenue forecasts have made the government’s budget task much harder. During the early 2000s, Treasury forecasts consistently underestimated revenue so the final result was better than planned. In the last five years the estimates have been consistently wrong the other way, and each update shows lower revenue than forecast.

This is not because Treasury hates Labor. It is because the revenue estimates understate trends both ways — when economic conditions are improving and when they are worsening. There is a huge difference between a pre- and post-global financial crisis world, which accounts for the different experience with the revenue estimates.

Compounding the difficulty, revenue has become more volatile. Income taxes are relatively stable, whereas company profits (the basis of company tax) swing around with the economic cycle. Reductions in income tax put in place at the height of the mining boom have made budget revenue forecasts inherently more uncertain. Other taxes, such as company tax, capital gains tax and the GST, move with the economy. (The GST estimates don’t so much affect the federal government budget bottom line — GST revenue is passed directly to the states — but do worry state treasurers.)

The 2012 review of Treasury’s Forecasting Methodology and Performance was set up to “assess the quality of Treasury’s forecasts of the macroeconomy and revenue by examining the appropriateness of forecasting methodologies and comparing forecast accuracy with other forecasters”. It recommended “Treasury should include in the Budget papers a high level review of the economic forecast errors (nominal and real GDP) for the previous financial year”. So we may, with any luck, see some discussion of the problem in the budget.

“The beauty of Australia’s budget, however, is the quality and depth of the documentation. All the decisions are there for people to see.”

The revision does not matter much to the economy. Within a $1.5 trillion Australian economy and a Commonwealth government revenue estimate of $403 billion at the time of the mid-year economic outlook, a $20 billion writedown (which is being talked about for next week) is small. Revenue is not falling in total. It is still growing, just not as fast as previously anticipated.

Politically, though, the writedown makes a hell of a difference. In any one year government decisions would rarely change more than around 5% of revenue or spending. All budgeting is at the margins. So the government is faced with an estimates variation that suddenly takes away all its discretionary room for decision-making.

The budget is a culmination of months of effort by not only ministers but literally hundreds of bureaucrats and advisers. In the lead-up to the budget, cabinet’s expenditure review committee will have been assessing a multitude of bids from other ministers for more spending in their portfolios. They will have been asking ministers to suggest offsetting savings. In a tough year, an ERC will sometimes take the offsets but deny the new spending bid, leaving a frustrated minister gnashing his or her teeth in the corridor.

Lobby groups that propose spending or saving in the weeks before the budget have missed the bus — the decisions were mostly made months ago. Yet in every budget there is last-minute tweaking by the treasurer and prime minister, to the frustration of Treasury and Finance officials. A full update of the estimates takes days, and the budget papers have to be printed. One day there will be a budget when last-minute changes push the system over the edge and the updates just can’t be processed in time. Treasurer Wayne Swan will be hoping it is not Tuesday’s.

The budget ritual of leaking of bad news to condition opinion in the weeks before the budget has been in full swing. It’s a blatantly transparent ploy, used by all modern governments, but most of the media goes along with it because it fills the airwaves and electrons.

Budgets are not primarily economic documents but political ones. The decisions on spending or saving signal the government’s priorities for the future. A budget can set in train spending programs or tax changes that may not have an immediate impact, but cast a very long shadow. They are the annual priority event for any government.

Every budget has a heap of spin applied, with glossy documents showing the government’s decisions in the best light. The beauty of Australia’s budget, however, is the quality and depth of the documentation. All the decisions are there for people to see. One of the very best features of the budget papers is the “reconciliation” table, with separate lines showing the impact on the forward estimates of parameter changes (the technical adjustments made by Treasury and Finance) and government policy. It shows us how much the government has actually changed things, and how much was out of its control. If there is one nerdy table of figures to look at, it is this one.

The magician’s assistant: Henry gives the game away

Thank you and thank you again Stephen.
This readable and concise account of the budget process by one who has done many of them should be required reading for all parliamentarians, journalists, lobbyists, CEOs and others who pontificate nonsense about government finances and debt.
Your last point is very salient: any voter can access the budget for any federal department on line anytime and the budget documents to see for themselves the rubbish talked by the MSM?

How does Wayne Swan draw up the budget?

1. Add up the cost of all the grandiose redistributive plans from colleagues designed to win votes.

2. Find out how far short the revenue will be to pay for all these schemes.

3. Look round for a soft touch that has a bucket of money that can be raided to collect more revenue. Examples – superannuitants, resources companies, greedy billionaires.

4. Run a negative PR campaign vilifying the target so that a moral justification for the revenue raid is established.

5. Completely and ineptly stuff up the raid so that no actual increased revenue is achieved.

6. Present the budget with a massive deficit, citing surprises and unforcast economic developments no one in Treasury could anticipate.

7. Promise to return to surplus next year.

How could you call the Budget quality or the estimates / forecasts credible? They have been out so much for so long. Looks at last years result, $21 billion deficit planned and $44 billion deficit achieves. Then this years, $1,5b surplus and now a +/1 $17b deficit.

Look at mid year forcast before Christmas, that is so wrong as well.

Incompetence rules, needs a massive clean out, cause confidence is at the lowest point.

How does Wayne Swan draw up the budget?

1. Add up the cost of all the grandiose redistributive plans from colleagues designed to win votes.

2. Find out how far short the revenue will be to pay for all these schemes.

3. Look round for a soft touch that has a bucket of money that can be raided to collect more revenue. Examples – superannuitants, resources companies, gr eedy bill ionaires.

4. Run a neg ative PR campaign vil ifying the target so that a moral justification for the revenue raid is establ ished.

5. Completel y and ineptl y stuff up the raid so that no actual increased revenue is achieved.

6. Present the budget with a massive deficit, citing surprises and unforcast economic developments no one in Treasury could anticipate.

7. Promise to return to surplus next year.