Forget the misplaced rhetoric, Tony Abbott's paid parental leave scheme is more generous and sends the right message about women in work. This "hardline feminist" is happy to say so. 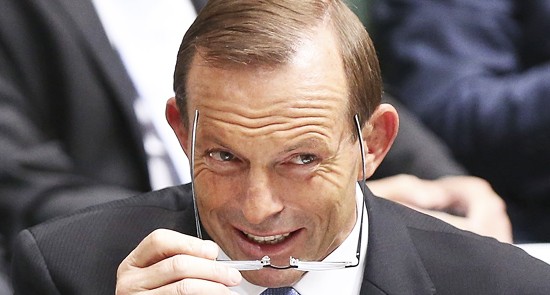 It seems odd finding myself in the media spotlight as a “hardline feminist” policy freak because I am supporting one form of paid parental leave over another.

Yes, it is the Coalition version and it’s under attack from within, so why am I supporting it? Rather than side with the Tony Abbott critics or the Institute of Public Affairs and the il-Liberal Right, I prefer to judge the policy on its merits.

I want to state upfront my reasons. The Coalition model is closer to an industrial work entitlement that normalises paid parental leave than the current scheme, and it’s longer (26 weeks versus 18). This reinforces the idea that having babies is a legitimate reason for time off for workers and may change common workplace attitudes that assume a woman having babies is not serious about her job. The current system is a universal government payment of the minimum wage $606 per week for 18 weeks — and has no connection to a person’s pay. Most get less than their previous income, some a lot less. And more than half the recipients lose income over their leave as well.

The current media fuss about the form of payments for parental leave is a sad illustration of both the tenor of current political debates and continuing bizarre attitudes to women in paid work. At one level, the debate should be quite simple: is the leave pay rate of the primary carer (usually the mother) an industrial or welfare issue? If it is the former, then the payment level should relate to the normal pay rates for the agreed time; if the payment is basically a welfare one, then the payment should reflect the public benefit. Who funds the payment needs to be considered separately, as if it is to be a legal entitlement of either sort, the costs need to be pooled. Otherwise, those who employ mostly younger women and face prohibitive costs would be disadvantaged — a pooled funds version distributes the risks fairly.

This is not the way the issues are being discussed. Business, unsurprisingly, is opposing being taxed. Some see the extra expense as being unaffordable, but that can be separated out of questions of the type of payment. I would not object to changes to the Abbott scheme that would reduce the cap or maybe offer 80% of pay, as happens in Sweden. The real worry is that the main discussion seems to be based on the character and legitimacy of its proposer.

“Too much of the discussion has been emotive, often s-xist and deeply irrational.”

Too much of the discussion has been emotive, often s-xist and deeply irrational. The most offensive idea seems to have been that maybe a handful of high-earning women would continue their salaries while procreating. This in itself raised a level of ire that is not applied to high-income men. Why differentiate because they are women having babies? Very few in this tax bracket would still be bearing children, if they ever did.

Is it because they are having babies? We all get paid our normal wages when we have the flu, are on compo or long service leave, so why not for women in labour? Or is there a lack of comfort with the image of high-learning women? The confusion became worse in some bizarre responses to a somewhat badly worded (and misreported) statement from Abbott. In discussing his belief that highly qualified women should be paid what they earned, to connect them more to the workforce, he used the phrase “women of that calibre”. All hell broke loose — it was elitist and worse.

Inequalities are increasing between women, as more earn higher pay and rise into senior positions, but more so among men. Income distribution overall is a separate issue but seems to be confused here, suggesting discomfort with the idea of women who are powerful. That is why we need to normalise women’s relationship to paid work and money.

Most OECD countries offer paid parental leave. In Sweden, it is for over 12 months at 80% of pay. I have no problem with a discount — costs are usually lower when you don’t go to work — but it is clearly a workforce entitlement. We are nowhere near the top of the OECD now and would still not be if the Abbott scheme was introduced. Most women’s groups supported the idea of replacement income up to average weekly earnings in the 2002 inquiry into parental leave run by Pru Goward, then the federal s-x discrimination commissioner. That would be closer to the Abbott version than the Jenny Macklin one.

Maybe we should all use the Abbott-expressed good intentions to work towards an industrial version, but less expensive than the current proposal. That would meet most of the problems and reinforce the idea that parental leave is an industrial entitlement. Though Alex Hawke and other Coalition dissenters probably don’t have that in mind.

Say what you will about his PPL policy, but don’t fool yourself. Abbott and the coalition are elitist and worse.

What a load of crap. Labor already offers minimum wage to everyone. The major issue with the LNP is the complete lack of equity considerations. What of those unemployed, or partly employed? The system is hardly ‘better’ for them.

There is nothing stopping employers from chipping in to supplement the PPL of those well-to-do in Labor’s model. If people want a ‘reflective’ rate of leave pay, they should focus on getting employers to put up their fair share on top of the societal contribution (which *should* be equal for everyone), not setting up a structurally unfair system, which serves only to disadvantage those who are already disadvantaged, and transfer the bulk of funding to those who need it less than those at the bottom of the SES heap do.

The only real ‘better’ I can see proffered is the 26 v 18 week consideration, which Labor would do well to match. But on every single other measure the LNP model is less sustainable and less fair than the ALP model.

Cox has given a strong argument, not yet refuted by her critics.

If the government should support and entitlement to the same amount for all workers on paid parental leave should it remove the unequal amounts provided for workers’ recreation leave, long service leave, workers’ compensation and superannuation?

I havent read the Abbott proposal in detail, (so there may be something in place to stop this), but wont it be open to wholesale rorting by small business (eg medical Practioners, Law Practioners, Real Estate Agency owners) who will “Employ” their wives on $150000/year prior to them having a family ?

Yet another excuse for the inexcusable LOTO? Misplaced rhetoric indeed! His total belief system exposed.
What you then propose has nothing to do with LOTO’S ideas take away entirely or reduce lower paid parental leave.
Lets just say that there may well be better paid parental schemes and to “reinforce paid parental leave as an industrial entitlement” IMO would be a necessity, and this is /has been done by the current Government. Your opinion: not enough. Mine: better than what was.!